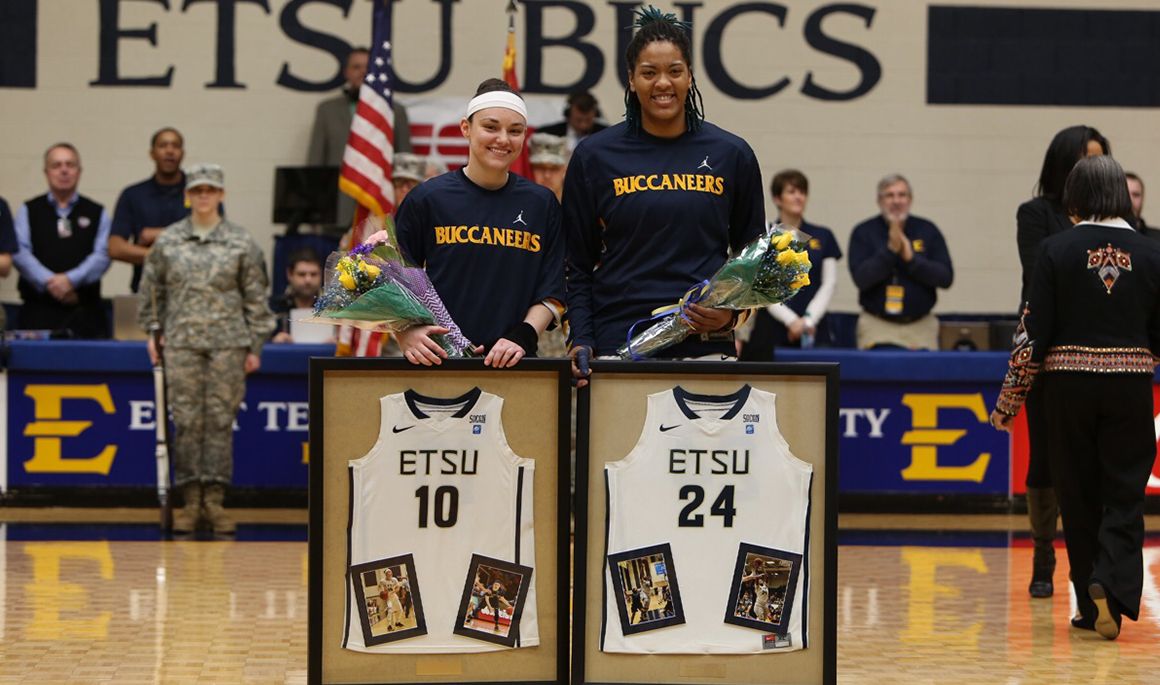 Junior Shamauria Bridges (Miramar, Fla.) registered a game-high 16 points on 5-of-13 shooting from the field. Sophomore Tianna Tarter (Johnson City, Tenn.) erupted in the final ten minutes of action, scoring nine of her 11 points in the fourth. Freshman Sadasia Tipps (Hickory, N.C.) poured in 10 points along with a team-high six rebounds.

At the 9:25 mark of the fourth quarter the Blue & Gold held a one point lead over the Bulldogs thanks to Bridges knocking down three straight free throws after being fouled on a three-point attempt. However the lead did not last for long as Samford roared back with eight straight points to maintain a four point lead with four minutes remaining.

While both teams ended the game on fire, the beginning of the game was a much different story with ETSU missing its first five shots while Samford went just 3-of-8. The Bulldogs scored seven straight points to start the first before Christopher grabbed the first basket for the Bucs on a floater in the paint. The Christopher floater sparked a 6-0 run for ETSU midway through the quarter. ETSU ended the first on a four-minute scoring drought while Samford scored five straight.

ETSU took the lead for the first time on the afternoon midway through the second quarter as Bridges knocked down a pull-up jumper from the right elbow. After taking the lead, both offenses slowed down as the game was tied at 15-15 for nearly three minutes. Ultimately Samford took a 20-17 lead into halftime thanks to guard Brittany Stevens nailing a three-pointer from nearly half-court as time expired.

In the third quarter the Blue & Gold outscored the Bulldogs, 14-13 as Christopher scored five of her seven points in the quarter.
It's the second straight loss for ETSU who moves to 16-12 overall and 8-5 in SoCon play. The Bucs will end with a 10-3 home record, the 11th time in school history the Bucs have finished with double-digit victories at home.

The Blue & Gold will get a full week off before ending the 2015-16 regular season next weekend when they travel to face rival Chattanooga on Feb. 27 at 2:00 p.m. Earlier this season the Bucs fell to the Mocs, 65-57 in Brooks Gym.