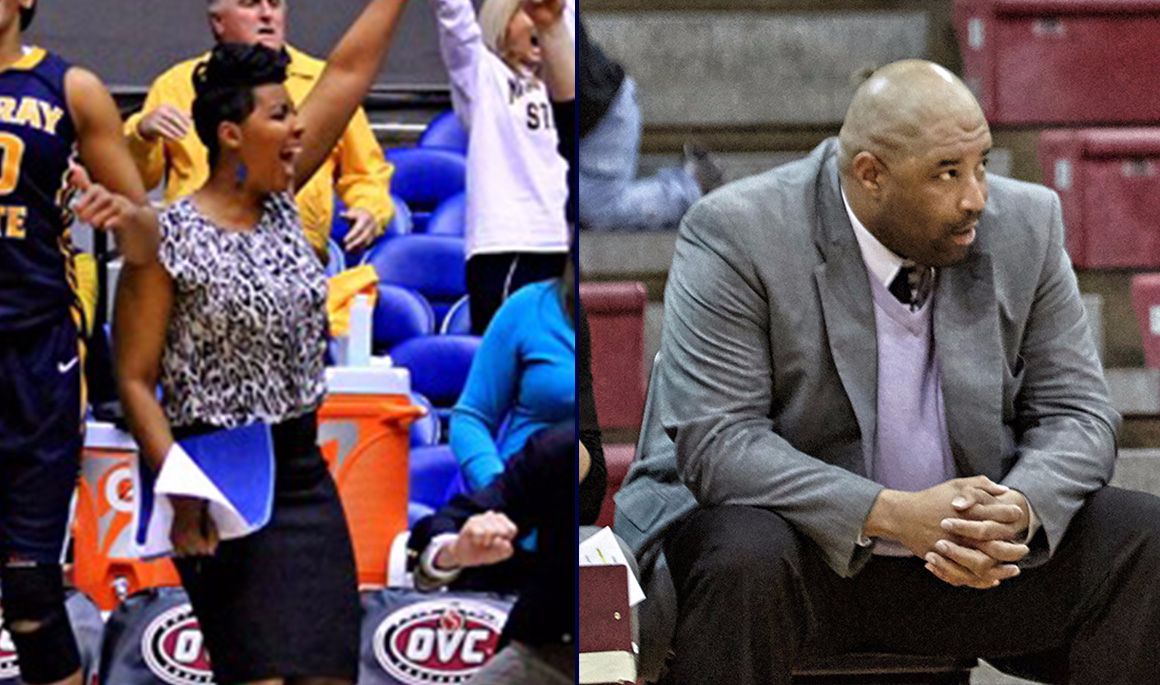 JOHNSON CITY, Tenn. (June 1, 2016) - Heading into her fourth season ETSU Women's Basketball head coach Brittney Ezell announced the addition of two new assistant coaches in Keisha McClinic and Eric Dumas to the Buccaneer staff on Wednesday.
“I am honored and excited to announce the additions of Eric Dumas and Keisha McClinic to our coaching staff,” said Ezell. “Both are wonderful people who have extensive backgrounds in recruiting the southeast region as well as junior college. Both have been recruiting coordinators at the Division I level and both have coached multiple positions on the floor.”
“Both are extremely well respected in the coaching community and possess extensive experience in coaching,” said Ezell. “I have no doubt that Coach Dumas and Coach McClinic will help us continue to grow ETSU women’s basketball in a multitude of ways and I am grateful to have them working for us.”
Keisha McClinic joins the ETSU staff after spending one season at Murray State as an assistant coach.
Prior to arriving at MSU, McClinic spent three seasons as an assistant coach and recruiting coordinator at Pensacola State College. While at PSC, she coached a pair of First and Second Team All-Panhandle Conference players, six Academic All-Conference student-athletes and one Academic All-American.
McClinic earned her master’s degree in Sports Management from the University of Alabama in 2009 after serving as the women’s basketball graduate assistant for two seasons. After graduation, she stayed at Alabama to become the Director of Player Operations for two seasons while spending the 2011-12 season as the Director of Operations.
From 2000-04, McClinic played at Middle Tennessee State University where she appeared in the most games (120) in program history and ranked second in career steals with 246. As a team captain, McClinic earned MTSU’s Defensive Player of the Year award after she ranked fourth in the NCAA in steals per game (3.5).  As a senior, she helped the Blue Raiders upset 12th-ranked North Carolina in the first round of the NCAA Tournament.
Eric Dumas joins the Buccaneer staff after one season at Incarnate Word as an assistant coach
Before his time at UIW, Dumas spent 12 seasons at Southeastern Louisiana where he was the associate head coach and recruiting coordinator. While at Southeastern he also served as the interim head coach.
At Southeastern, Dumas recruited and coached two First Team, two Second Team and four Third team all-Southland Conference players along with the Southland Conference Newcomer of the Year. In 2007 and 2009 Dumas helped the Lady Jaguars to the East Division Southland Conference championship.
Dumas also spent six seasons as an assistant for men’s coach Brad Jones at Lambuth and served his last season at Lambuth as a women’s basketball assistant coach. Dumas served as interim head coach for part of the 2001-02 season for the Lady Eagles who during that season earned a berth in the Sweet 16 of the NAIA Tournament. He also served as the recruiting coordinator and coached the post players.  Dumas helped the men’s team clinch a spot in the program’s first ever NAIA National Tournament in 1999 along with winning the Mid-South Conference Championship.
Prior to entering coaching, Dumas played basketball at Lambuth and earned his bachelor’s degree in health and human performance.
“We are also welcoming Tyler Ailshie to our program as a first year graduate assistant. Tyler played for our men’s basketball program at ETSU and then was a manager for our program last season, “said Ezell. “I know that Tyler is excited to get to work for his alma mater and that we are thrilled to keep him here”
Along with two new assistants, Ezell announced on Wednesday the hiring of graduate assistant Tyler Ailshie. Ailshie was a former transfer walk-on for the ETSU men's basketball program from Walters State Community College. The Kingsport, Tenn., native recently earned his bachelor's degree in finance from ETSU and will be pursuing a master’s degree in business administration.
ETSU fans wanting to receive Buccaneer news, score updates, in-game promotions and much more sent to their mobile device can do so by signing up for “Buc Updates.” Click here to sign up today!
For more information on Buccaneer women’s basketball, visit ETSUBucs.com and click on the women’s basketball page.