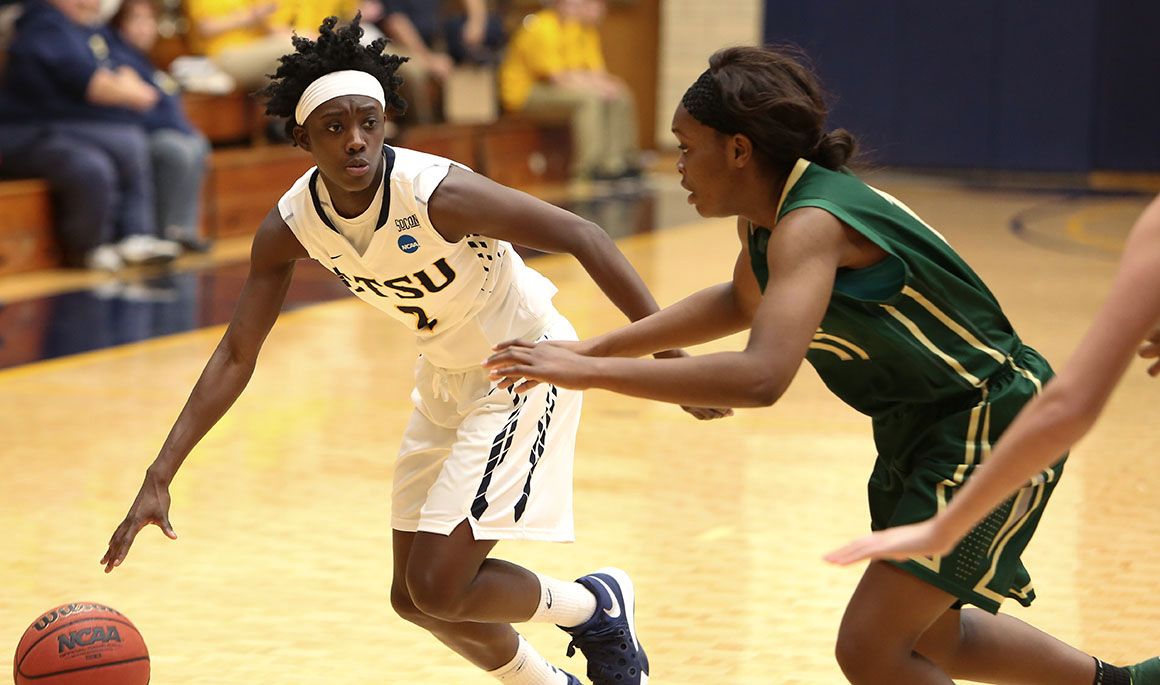 JOHNSON CITY, Tenn.  (November 6, 2016) – It was a dominant defensive performance for the ETSU women’s basketball squad on Sunday afternoon in Brooks Gym as the Buccaneers held Emory& Henry to 30.4 percent shooting in an 84-39 victory.

“I like seeing our players get out on the court and playing with the kind of effort that our fans expect and deserve,” said head coach Brittney Ezell. “I can’t say enough about the fan support that we got on a Sunday at 4:00 p.m., what a great crowd.”

“Once we got settled in the players were fine and hopefully they got the preseason jitters out of the way because the next time we play it will be for real,” said Ezell.

ETSU will begin the regular season on Friday, November 11 on the road in Indianapolis, Indiana at Big East opponent, Butler. It will be the first ever meeting between the two programs.

First Quarter
ETSU quickly raced out to an 11-2 lead midway through first quarter as Bridges recorded five of the first 11 points. The Wasps clawed their way back to a three-point deficit in the final minutes of the first before freshman Jada Craig (Winston-Salem, N.C.) made a nice left-handed lay-up to end the Buccaneer scoring drought. Emory & Henry hit a shot at the buzzer to close the gap to 16-11 at the end of the first.

Second Quarter:
After Emory & Henry cut the lead to 19-15 the Bucs embarked on a 17-0 run the next seven minutes to extend their lead. With two minutes left Emory & Henry ended the run with a three-pointer by Megan Jacoby, who scored a team-high 12 points on four of seven shooting. Ultimately, ETSU ended the second quarter on a 20-5 run to take a 36-18 lead at halftime.

Third Quarter:
In the third quarter the Bucs defense came alive as ETSU held the Wasps to four points on 1-of-8 shooting. Continuing their offensive run from the first quarter, the Bucs ended up with a 27-6 run as Emory & Henry scored their first basket four minutes into the third.  In the final four minutes the Wasps committed six turnovers as the Bucs went on a 14-2 run to take a commanding lead into the fourth.

Fourth Quarter:
The Bucs had five different players score in the fourth quarter as ETSU outscored Emory & Henry, 25-17 in the final ten minutes of play. Midway through the quarter, Emory & Henry went on a 6-0 run to cut into the ETSU lead but it wasn’t enough as the Bucs came away with a 84-39 victory.