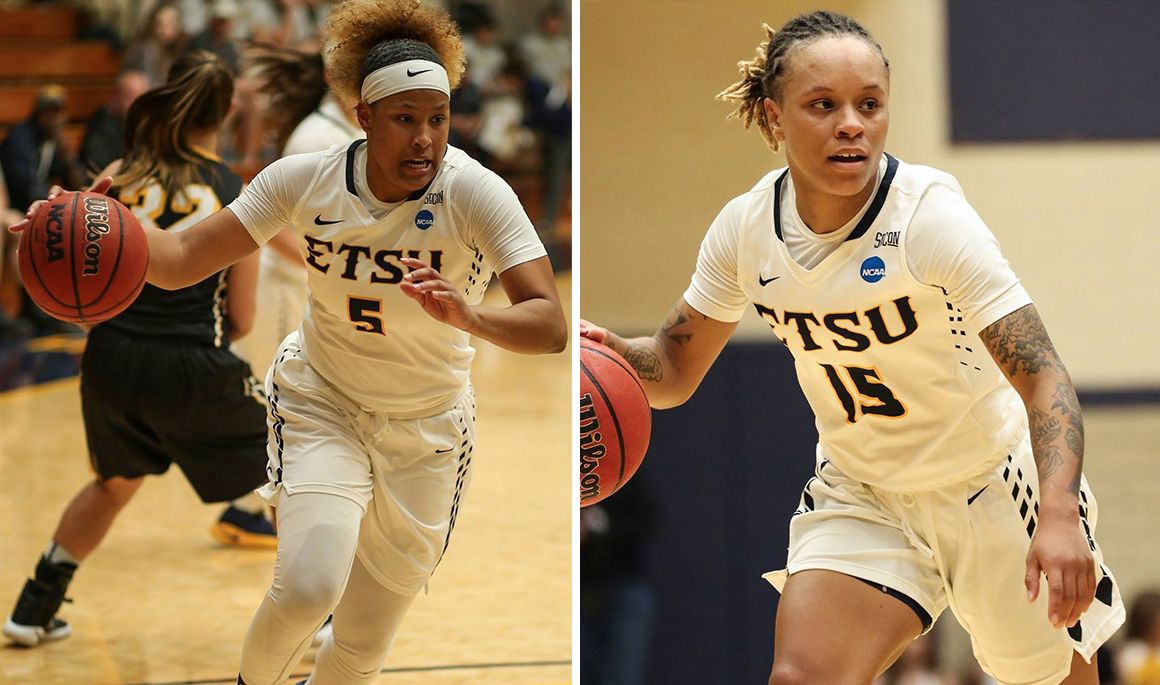 It’s the first time ETSU has had a pair of double-doubles since March 11, 2014

“Really proud of all of them and happy for the kids, it was a nice bounce back win after a heartbreaker against Appalachian State and Northern Kentucky,” said head coach Brittney Ezell. “Coach Keisha McClinic did a great job with the scout and that was her former program so I know it meant a lot to her.”

Tarter earned her fourth double-double in the past two seasons as she poured in 22 points along with 13 rebounds. Tarter also dished out seven assists and was just three assists shy of having ETSU’s first triple-double. On the night, Tarter played 39 minutes going 8-of-12 from the field and 6-of-9 from the free-throw line.

The Buccaneers recorded a season-high 79 points on a season-high 49.2 percent shooting from the field. ETSU was able to dominate the glass recording 50 rebounds compared to Murray State’s 30. The blue and gold continued their stifling defense from beyond the three-point line, holding the Racers to 17.9 percent from three-point range. ETSU forced Murray State to commit 16 turnovers, scoring 21 points off of Racer turnovers.

During the final 13 minutes of play the Buccaneers outscored the Racers, 32-12 en route to their largest victory since January 3 of last season against Lees-McRae. The win halts ETSU’s two-game skid and improves their overall record to 3-3.

In the first quarter, Dean implemented herself into the ETSU offense as she scored nine points including five straight midway through the quarter to give ETSU a 11-6 lead at the first media timeout. The final two minutes of the first saw Murray State go on an 11-2 run to take a 25-16 lead after the first 10 minutes of play.

ETSU embarked on a 9-0 run to tie the game to begin the second quarter before Murray State countered with a 4-0 run of their own to regain the lead. The Racers took a 36-34 lead into halftime after Murray State’s Ke’Shunan James scored two of her 14 points as time expired.

Shooting a staggering 66.7 percent from the field in the fourth quarter, ETSU jumped out to a double-digit lead en route to the 19-point victory. The Bucs doubled the amount of points Murray State scored in the fourth, outscoring the Racers, 21-10. Playing just four minutes in the final quarter, Dean recorded nine points on 4-of-5 shooting from the field.

The Bucs will end the month of November with a road trip to Clarksville, Tenn. to take on the Govenors of Austin Peay on Wednesday, Nov.30 at 5:15 p.m. ETSU then begins the December slate with a home contest on the third versus Davidson.