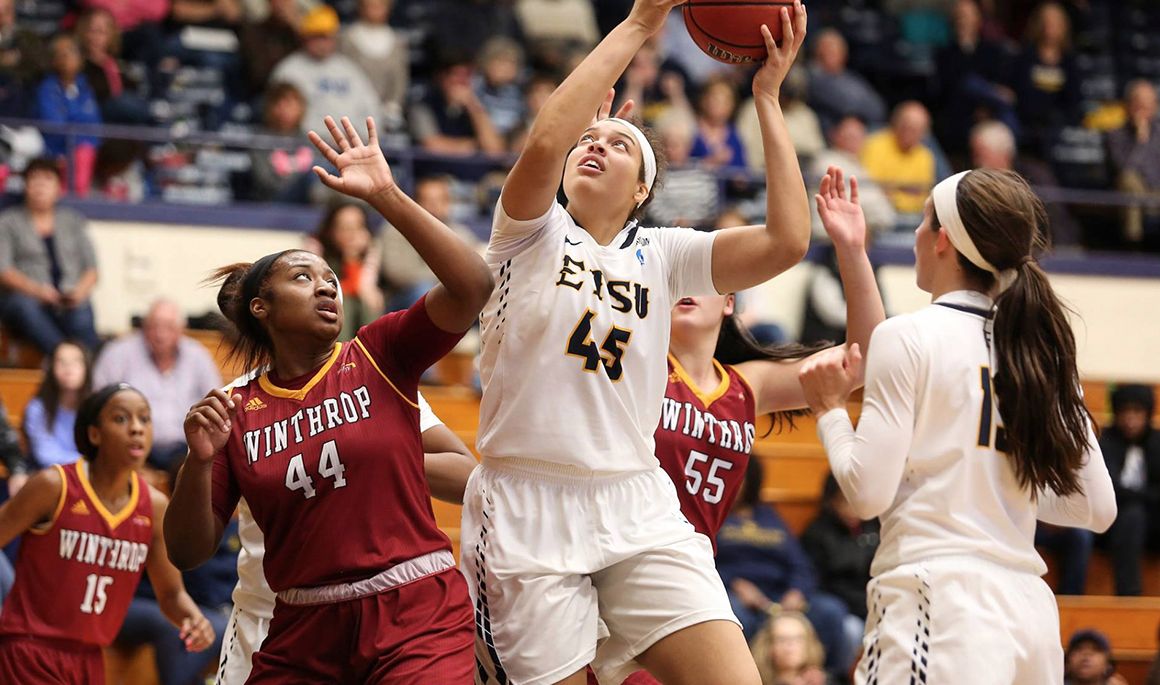 ETSU averages 62 points per game on the road

JOHNSON CITY, Tenn. (November 29, 2016) – For the second time in four days the ETSU women’s basketball team hits the road as the Buccaneers head to Clarksville, Tenn. to square off with Austin Peay on Wednesday, Nov.30 at 6:15 p.m.

Scouting the Buccaneers
ETSU halted a two-game skid on Monday as the Buccaneers got a pair of double-doubles to race past Murray State, 79-60. This will be the first of three road contests in the next five games and ETSU’s second straight OVC opponent.

Double-Double Vision
For the first time since March 11, 2014 the ETSU women’s basketball program recorded two double-doubles in a game versus Murray State with junior Tianna Tarter (Johnson City, Tenn.) and sophomore Raven Dean (Charlotte, N.C.) each doing so. Tarter registered 22 points and 13 rebounds while Dean recorded her first double-double with a career-high 24 points and career-high 13 rebounds.

Frequent Travel Miles
In the next 13 days, ETSU will have five contests, three of which are on the road. The Bucs will travel a total of 1,580 miles the next two weeks.

Scouting Austin Peay
Austin Peay heads into Wednesday’s contest with an overall record of 4-3 and is currently riding a two-game losing streak. The Govenors are 3-1 at home this season with victories over Christian Brothers, Arkansas State and Trevecca. Statistically, Austin Peay is led by senior Tearra Banks who leads the Govs with 14.1 points and 8.3 rebounds per game.