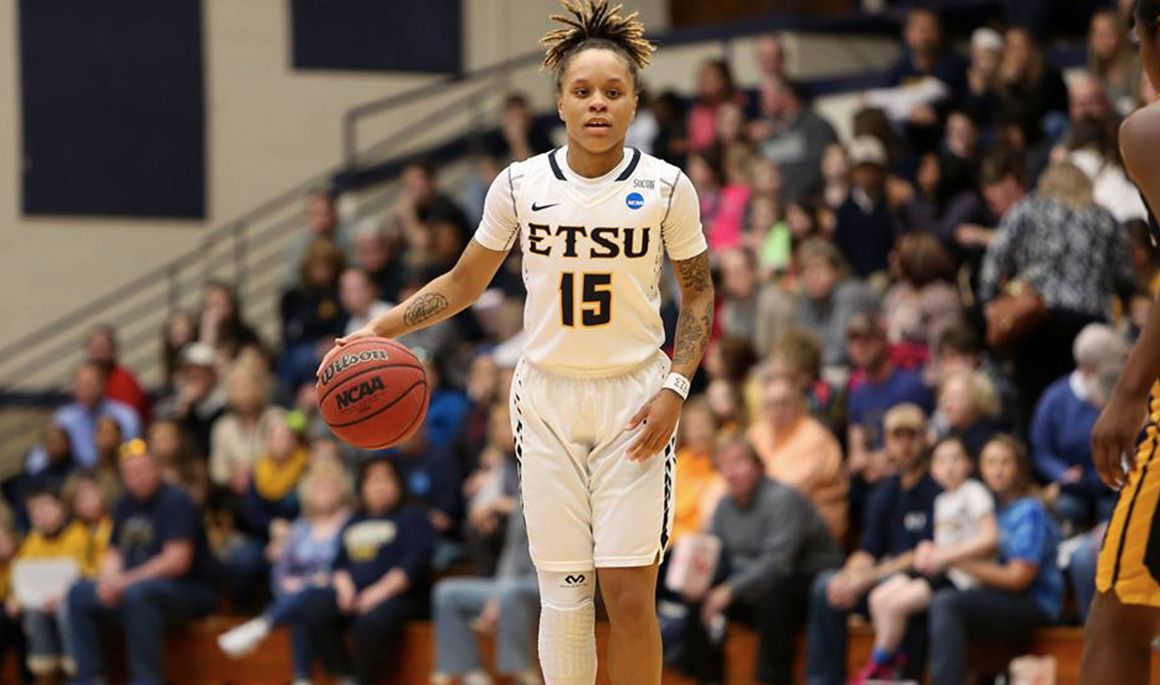 ETSU had an opportunity to win the game at the end as the Bucs trailed by two with seven seconds left. Off a timeout, the Bucs got the ball into the hands of senior Shamauria Bridges (Miramar, Fla.) who got off a three-point attempt from the right wing that just bounced off the front of the rim.

Prior to the final shot, Bridges knocked down her fourth three-pointer of the night from the left wing with 22 seconds left to tie the game at 74. On the following possession Austin Peay’s Beth Rates drove down the right lane and knocked down the game-winning jumper with seven seconds to go.

The Bucs forced Austin Peay to commit 22 turnovers, scoring 25 points off of turnovers. ETSU shot 42.6 percent from the field while scoring 32 points in the paint and received 23 points off the bench.  The Bucs overall record drops to 3-4 as they will return home on Saturday, Dec.3 to host Davidson.

The blue and gold got off to a fast start to begin the game going 4-of-6 from the field to take an 8-3 lead. ETSU extended their lead to 13-6 after embarking on a 5-0 run midway through the quarter. During the final three minutes of the first, Tarter began to take over scoring eight straight points en route to 12 points in the quarter. ETSU led 24-14 after the first 10 minutes of play, shooting 52 percent from the field.

Austin Peay clawed their way back in the second quarter with a 6-0 run to cut the ETSU lead to 30-27. Lytton ended the Governor run with a three form the left wing to give the Bucs a 33-27 lead at half. Both teams went a combined 4-of-23 from the field in the second.

ETSU trailed for the first time in the third quarter as the Governors used an 11-3 run midway through the third to jump out to a 51-44 lead. However, the lead didn’t last long as the Buccaneer offense came to life the final minute of the third scoring nine straight points to take a two-point lead into the fourth.

Overall it ended up being a 19-5 run as ETSU held a 63-59 lead with seven minutes to play. During the next three minutes the Governors responded with five straight points to take a one-point lead. Down the stretch, Austin Peay connected on its last five field goal attempts including the game-winner with seven seconds left as ETSU fell to Austin Peay, 77-74.