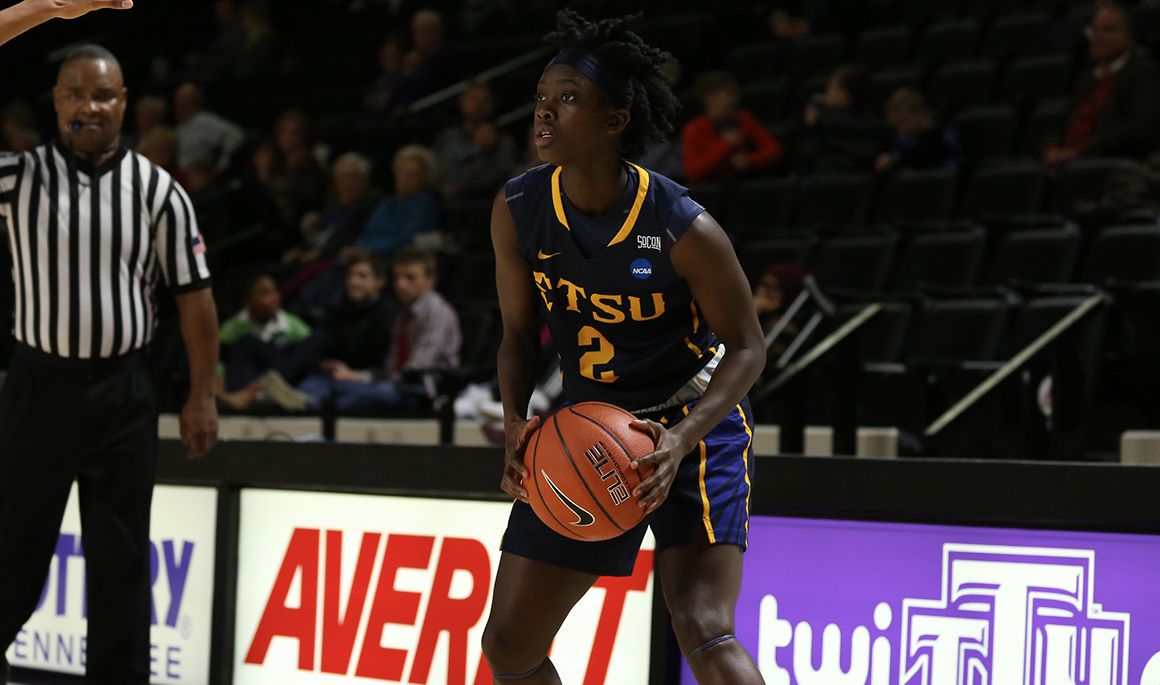 Just nine seconds into the second quarter, Bridges faked left and went right before stepping back and drilling a three from the right wing to capture the career record. Bridges now has 242 career threes, breaking the record held by Michele Devault who had 239 threes-made from 2005-08.

From the field, ETSU shot 40.7 percent compared to Coppin State’s 30 percent. In the fourth quarter, the Bucs connected on seven straight field goals en route to 25 points in the quarter. For the first time this season, the blue and gold led wire-to-wire, being tied with the Bald Eagles for just 31 seconds.

ETSU finished third at the Miami Holiday Tournament while improving their overall record to 7-7 on the year. The Bucs will get a little over a week off before their next game when the blue and gold host Old Dominion on Wednesday, Dec.28 at 7:00 p.m. inside Brooks Gym.

The Bucs shined in the first quarter scoring 20 points including the first five to take a lead two minutes into the game. However, Coppin State responded cutting the ETSU lead to just one with six minutes left after scoring on two straight possessions. Midway through the first, ETSU embarked on a 9-0 run highlighted by back-to-back three-pointers to extend their lead to 11-4. In the quarter, ETSU shot 45.5 percent from the three-point line.

Bridges wrote herself into the ETSU record book in the second quarter, becoming ETSU’s all-time career leader in three’s made. Bridges started what was a 5-2 run to begin the second and give the Bucs a 25-11 lead. Coppin State clawed their way back towards the end of the quarter as ETSU went scoreless from the field the final four minutes as the Bald Eagles cut the lead to single digits. At halftime, ETSU led 34-25 with Bridges and Tarter combining to scored 24 points.

It was all Coppin State in the third quarter as the Bald Eagles cut the ETSU lead to as little as four after embarking on a 14-2 run the final five minutes of the quarter. The Bucs were outscored 16-11 in the third.

The ETSU offense got scorching hot in the fourth quarter as the Bucs connected on seven straight field goals down the stretch to secure the 70-58 victory. In the fourth, ETSU jumped out to their biggest lead of 17 after Tarter scored on back-to-back possessions. In the final 10 minutes of play, ETSU scored 25 points, shooting a staggering 75 percent from the floor.