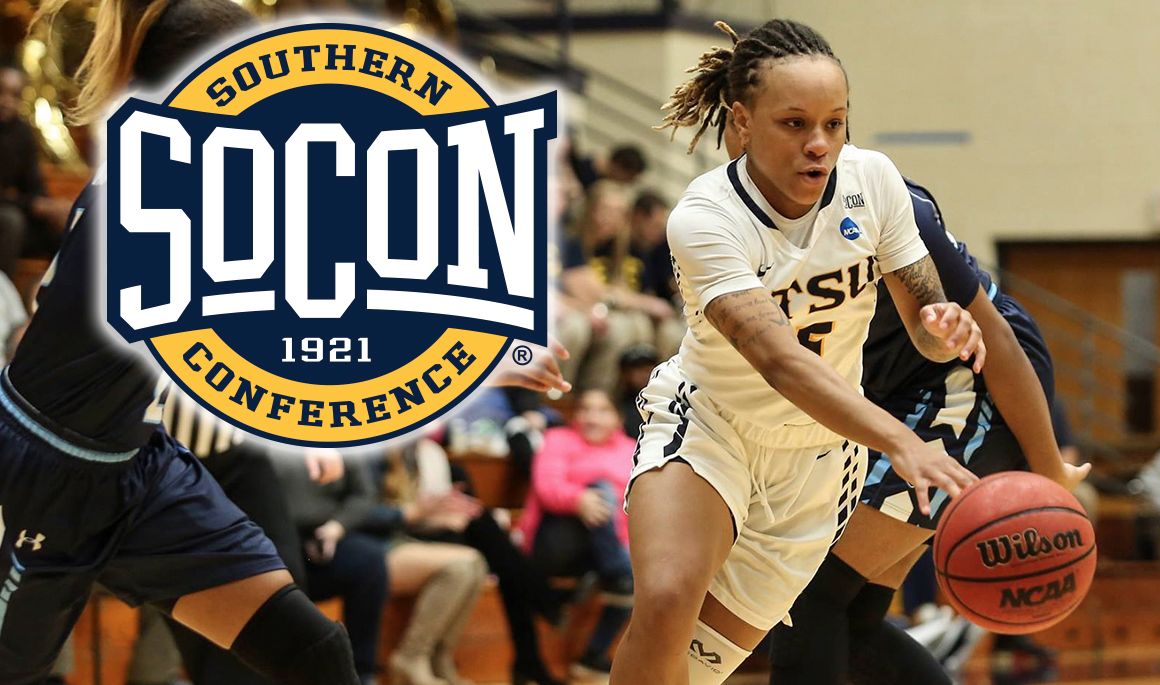 SPARTANBURG, S.C. (January 3, 2017) –   As the new year begins the accolades continue to come in for junior Tianna Tarter (Johnson City, Tenn.), who on Tuesday was named Southern Conference Player of the Week for the weeks of Dec.20 – Jan.2 as announced by the league offices.

It’s the fourth player of the week honor for Tarter this season. During the weeks of Dec.20 – Jan.2, the junior guard played and started in two games totaling 76 minutes while averaging 23.5 points, six rebounds and six assists per game. In the two games combined, Tarter shot a staggering 57 percent from the floor. Tarter becomes the first SoCon player since Shanara Hollinquest of Chattanooga during the 2008-09 season to earn four player of the week honors.

On December 28, Tarter led the Bucs to a victory at home over Old Dominion by scoring a game-high 24 points with 22 coming in the second half and 15 coming in the fourth quarter alone. Against the Lady Monarchs, Tarter went 7-of-10 from the field and 10-of-14 from the free-throw line.

Through 15 non-conference games, Tarter ranks in the top 20 in the NCAA in eight offensive categories while leading the SoCon with 20.5 points per game. The Johnson City, Tenn., native has also racked up 10 straight double-digit performances and has eight 20-point games this year.

ETSU begins conference play on Thursday, Jan.5 in Macon, Ga., as the Bucs take on league-leader Mercer. The Bucs then continue their conference road swing with a trip to Birmingham, Alabama to square off with the Samford Bulldogs on Saturday, Jan.7.