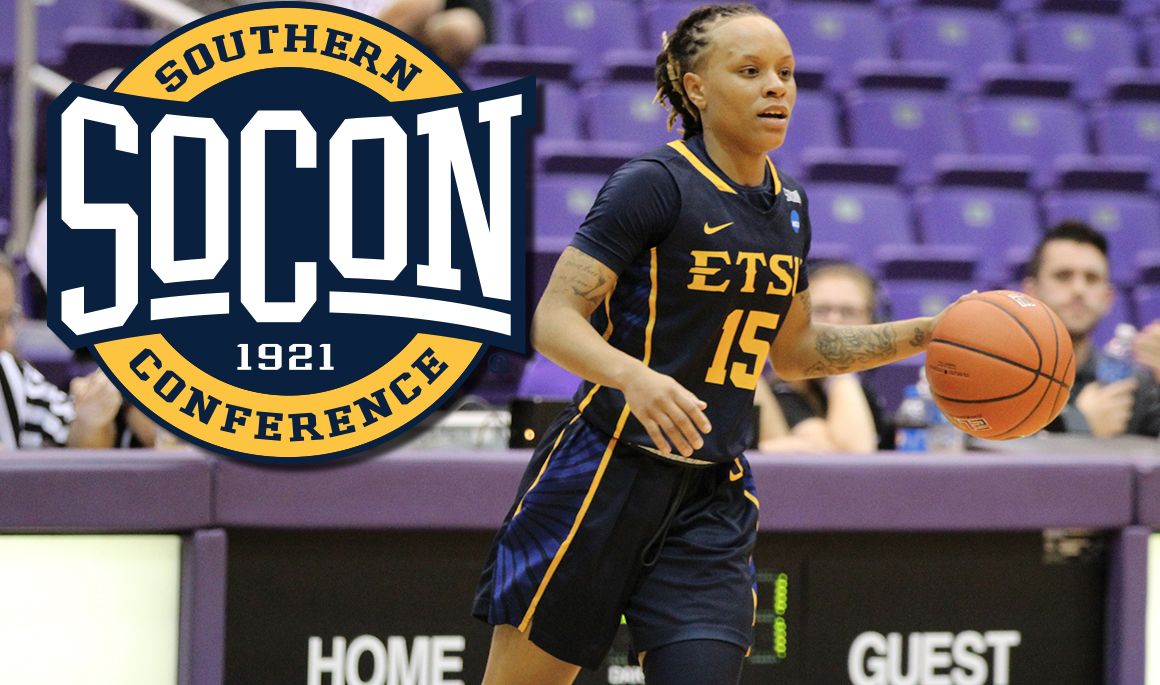 SPARTANBURG, S.C. (January 31, 2017) – For an ETSU record fifth time this season junior Tianna Tarter (Johnson City, Tenn.) has been named Southern Conference Player of the Week for the week of Jan.24 – 31, as announced by the league office on Tuesday.

Tarter becomes the only player in ETSU Women’s Basketball history to garner five player of the week awards and first SoCon player Alex Anderson of Chattanooga in 2007 to have more than four.

As a school, ETSU ties the SoCon record with Chattanooga in 2007 for the most Player of the Week awards with six. (Tarter – 5, Bridges – 1). The player of the week award started during the 1988-89 season.

During the week of Jan.24 -31, the Johnson City, Tenn., native played all 40 minutes in two games while averaging 31 points, 8.5 rebounds and 6.0 assists. Tarter led the Bucs to victories on the road over Furman and Wofford.

Against Furman, Tarter registered her second consecutive double-double with a game-high 33 points and 12 rebounds going 10-of-14 from the floor. Tarter has recorded at least 10 made field goals in six games this season. At the free-throw line at Furman, Tarter went 12-of-15 with the 12 free-throws made ranking as the third most in a single-game in ETSU history.

Once again Tarter led the Bucs in scoring with 29 points as the Buccaneers rallied from 20 points down to defeat Wofford, 77-69. Tarter scored 14 of her 29 points in the fourth quarter and 21 in the second half. The junior guard went 11-of-18 from the floor while going a perfect 5-for-5 from the free-throw line.