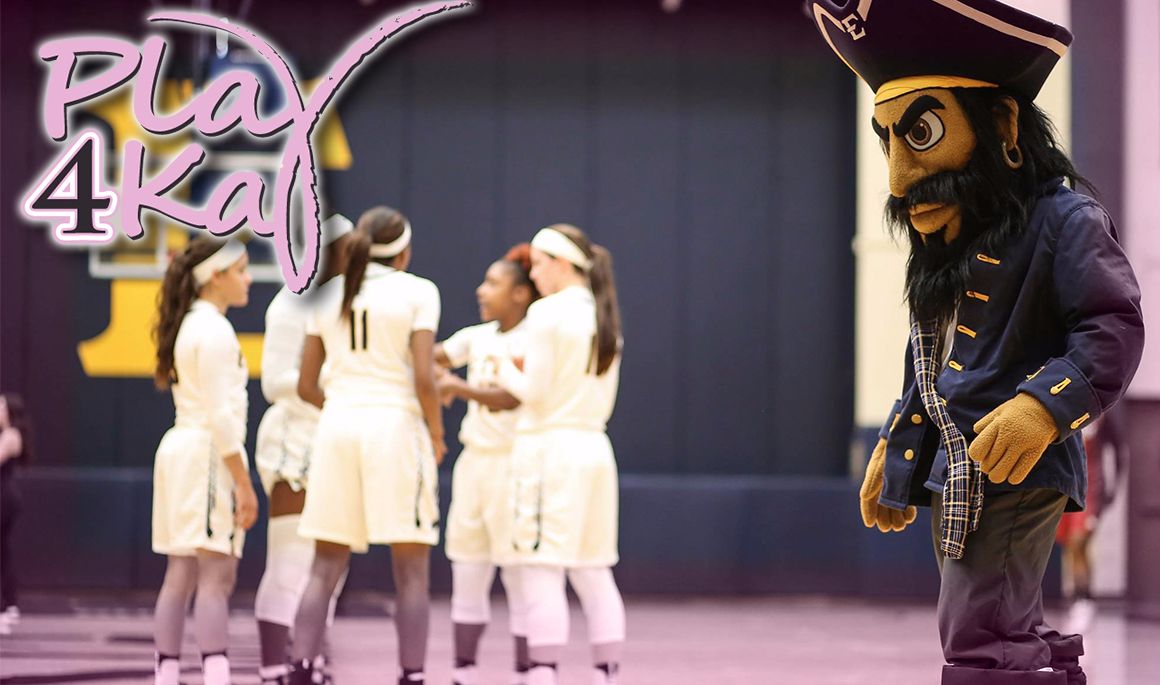 Fans are encouraged to wear PINK to Brooks Gym

JOHNSON CITY, TENN.  (February 3, 2017) – The ETSU Women’s Basketball team will play their annual Play4Kay game on Saturday, Feb.4 inside Brooks Gym against the Mercer Bears. Tip-off is set for 2:00 p.m.

Scouting the Buccaneers
Second place in the SoCon standings is on the line Saturday as the Bucs and Bears hold conference records of 6-2. ETSU is currently riding five game win streak, the longest winning streak since winning six in a row in 2014. ETSU is tied with Mercer for the league lead in points per game at 65.5.

Win In 60
ETSU is 14-3 this season when scoring at least 60 points and has eclipsed the 60-point mark the last five contests.

Home Sweet Home
Since 2014, the blue and gold have a dominant home record of 28-10 and 18-3 during SoCon play. This season ETSU is 7-4 at home and 3-0 in conference play with four of their last six games in Johnson City.

Just Score the Ball First
Since the start of last season, ETSU is 18-4 when scoring the first basket of the game.

Last Time Out vs. Mercer
Earlier this season the Bucs traveled to Macon, Ga and fell to the Bears inside Hawkins Arena, 72-55. ETSU got outscored 23-11 in the fourth quarter despite Bridges and Tarter each have 17 points.

Scouting the Mercer Bears
Mercer has an overall record of 17-5, 6-2 in SoCon play and is ranked 10th in the latest release of the CollegeInsider.com Mid-Major Top 25 poll. The Bears seven game winning streak came to a halt on Thursday as Mercer fell to Chattanooga, 70-50. Mercer’s offense is led by reigning SoCon Player of the Year, Kahlia Lawrence who ranks second in the league with 18.5 points per game.