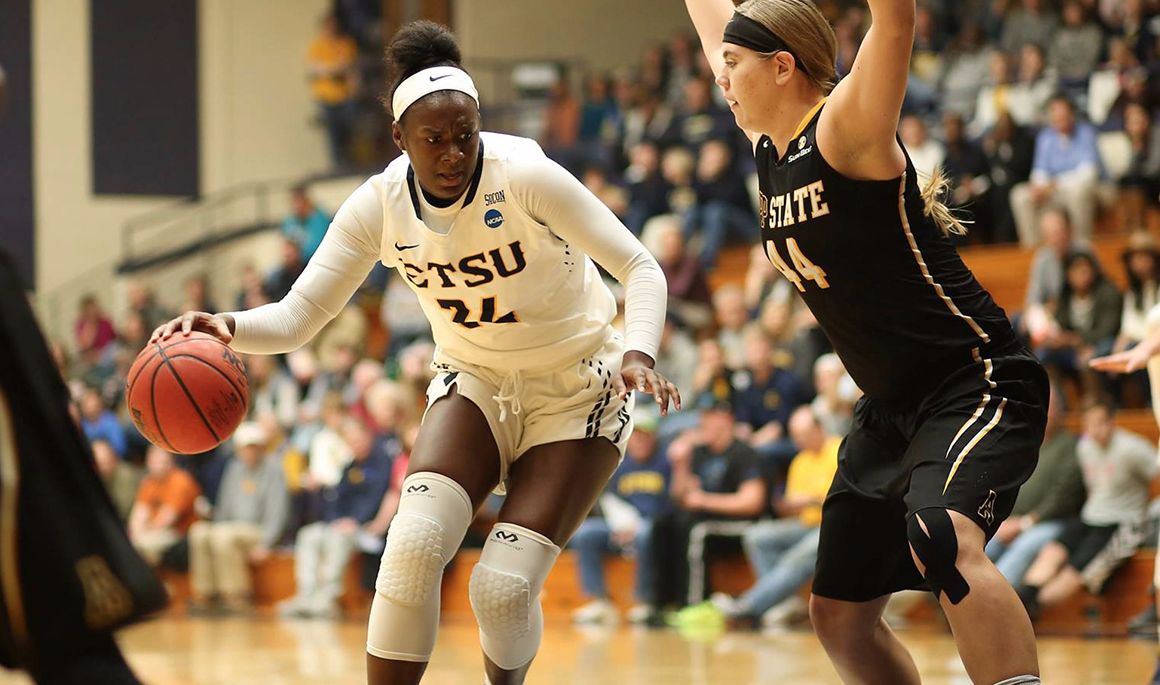 The Bucs defeated the Terriers, 77-69 earlier this season

JOHNSON CITY, TENN.  (February 22, 2017) – Two home games remain on the regular season schedule for the ETSU Women’s Basketball team as the Buccaneers begin the final weekend of the regular season by hosting Wofford on Thursday, Feb.23 at 7:00 p.m.

Scouting the Buccaneers
ETSU looks to match their win total from a season ago on Thursday as the Bucs have an overall record of 15-12 and 7-5 in SoCon play. ETSU currently sits in third place in the SoCon standings with two games to play. The Bucs have the SoCon’s second ranked offense scoring 65.1 points per game. n

One of the 23 Best
ETSU is one of just 23 schools in the NCAA to have two players with over 400 points scored this season. Senior Shamauria Bridges (Miramar, Fla.) has 419 points while junior Tianna Tarter (Johnson City, Tenn.) became the first ETSU player since 2010 to score 500 points with 509 points.

Bridges Set to Break Another Record
Bridges with 82 three’s made this season, needs four threes to pass Michele DeVault in 2007 for the most three-pointers made in a single-season in ETSU history.

The Dynamic Trio
The trio of Bridges, Tarter and sophomore Raven Dean (Charlotte, N.C.)  have each scored in double figures in the last six games for the blue and gold.

Feeling 100
Sophomore Carley Lytton (Floyd, Va.) needs just five points to score 100 points this season. Lytton can become the fourth Buc on the roster to score at least 100 this season.

If At First You Don’t Succeed
ETSU this season has amassed 246 second chance points, averaging nearly 9.5 per game.

Home Sweet Home
The Buccaneers have held a considerable home-court advantage since 2014, compiling an overall record of 28-12. During SoCon play, the Bucs are 18-5 inside Brooks Gym.

Scouting the Wofford Terriers
Wofford heads into Thursday’s contest with an overall record of 12-15 and 2-10 in SoCon play. The Terriers have dropped nine straight games, falling to Mercer and Samford at home last weekend. Wofford offensively is led by Chloe Wanink who averages 15.6 points and 5.9 rebounds per game.