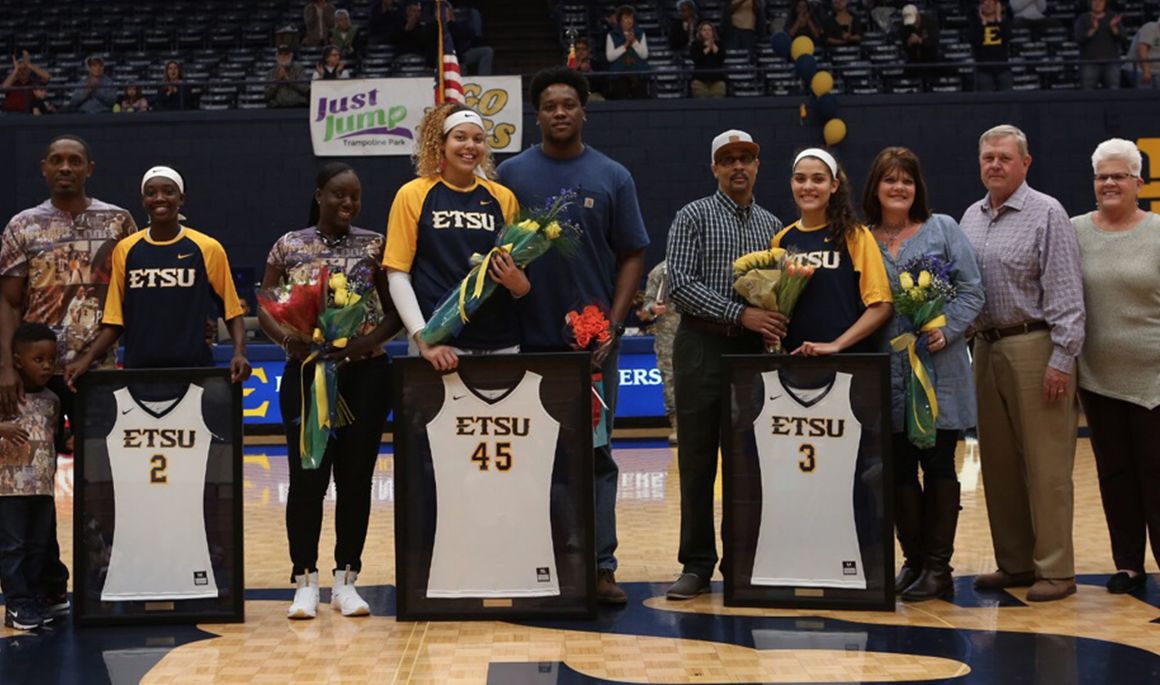 JOHNSON CITY, Tenn.  (February 25, 2017) – The ETSU Women’s Basketball team notched its 16th win of the season on Saturday afternoon as the Buccaneer pulled away late to defeat Furman, 75-66 inside Brooks Gym.

With the victory, the Bucs improve their overall record to 16-13 and 8-6 in Southern Conference play. ETSU will head to the Southern Conference Tournament next week as the No.3 seed and will take on No.6 seed Samford (11-18, 4-10 SoCon) on Thursday, March 2 at 6:15 p.m. inside the U.S. Cellular Center in Asheville, N.C.

On a day in which three seniors were recognized, senior Shamauria Bridges (Miramar, Fla.) added to her legacy at ETSU as she knocked down a three-pointer early in the second quarter to break the ETSU single-season record for three’s made. Bridges ended the game with 26 points on five three’s made and holds three of the top five three-point single season performances in school history.

As a team, the Bucs outrebounded the Paladins, 43-31 including 17-7 on the offensive glass. Overall the blue and gold dominated the glass as four different players had at least seven rebounds, leading to 20 second chance points for the Bucs. ETSU forced Furman to commit 12 turnovers, scoring 11 points off those turnovers.

In the second quarter the Paladins surged back scoring eight straight points after the media timeout to cut the Buccaneer lead to five. However, in the final two minutes of the first half the blue and gold went on a quick 5-0 run to take a 34-29 lead into halftime.

Back and forth both teams went in the third quarter as Furman just edged ETSU, 19-17 in the third. At the end of the quarter, Furman made five straight field goals while holding the Bucs to just 2-of-8 from the field. After three quarters of play, ETSU held on to a slim, 51-48 lead.

The game was tied at 56 with 6:42 left to play before Shamauria Bridges connected on her fifth three-pointer of the afternoon from the left side to give ETSU a 59-56 lead. Fellow backcourt mate Tarter followed suit the next possession, knocking down a three from the top of the key to capsulate an 8-0 run for the Bucs.

Off the bench, sophomore Carley Lytton (Floyd, Va.) iced the game with 2:16 left to give ETSU an eight-point lead. Tarter made five of her next six free-throws to give ETSU their 16th win of the season.


ETSU fans wanting to receive Buccaneer news, score updates, in-game promotions and much more sent to their mobile device can do so by signing up for “Buc Updates.” Click here to sign up today!