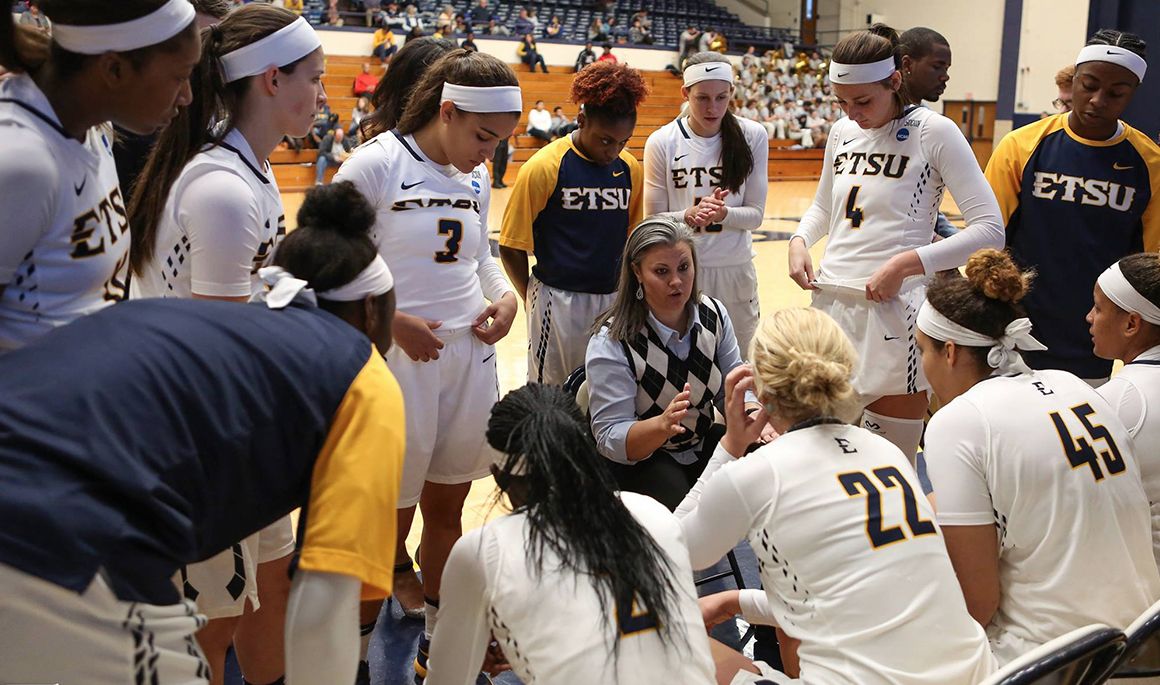 The Bucs won both games this season against Samford

JOHNSON CITY, TENN.  (March 1, 2017) – The quest for an automatic bid to the NCAA Tournament begins for the ETSU Women’s Basketball team on Thursday as the Buccaneers head to the 2017 Southern Conference Tournament as the No.3 seed and will square off with No.6 seed Samford on March 2 at 6:15 p.m. inside the U.S. Cellular Center in Asheville, N.C.

Scouting the Buccaneers
ETSU is the No.3 seed in a conference tournament for the 10th time in program history and first time since 2005. The Bucs head to the conference tournament with the second best scoring offense in the SoCon at 65 points per game. From the three-point line this season the Bucs have been prolific knocking down 174 three’s, third most in a single-season in ETSU history.

Glass Cleaners
In their previous contest against Furman the Bucs have four players with at least seven rebounds. In the past four games, ETSU has recorded 155 rebounds and has collected at least 40 in three of the four games.

What Lies Ahead
With a victory on Thursday the Bucs will face the winner of the No.2 vs. No.7 match-up between Mercer and Wofford on Friday, March 3 at 1:15 p.m. ETSU will look to clinch its second SoCon Tournament semifinal appearance in the past three seasons.

Scouting the Samford Bulldogs
Samford with an overall record of 11-18 and 4-10 in SoCon play has dropped two of its last three contests including falling to Mercer last Saturday, 76-68. The Bulldogs are led by Second Team All-SoCon guard Hannah Nichols who leads the team with 13.7 points per game.