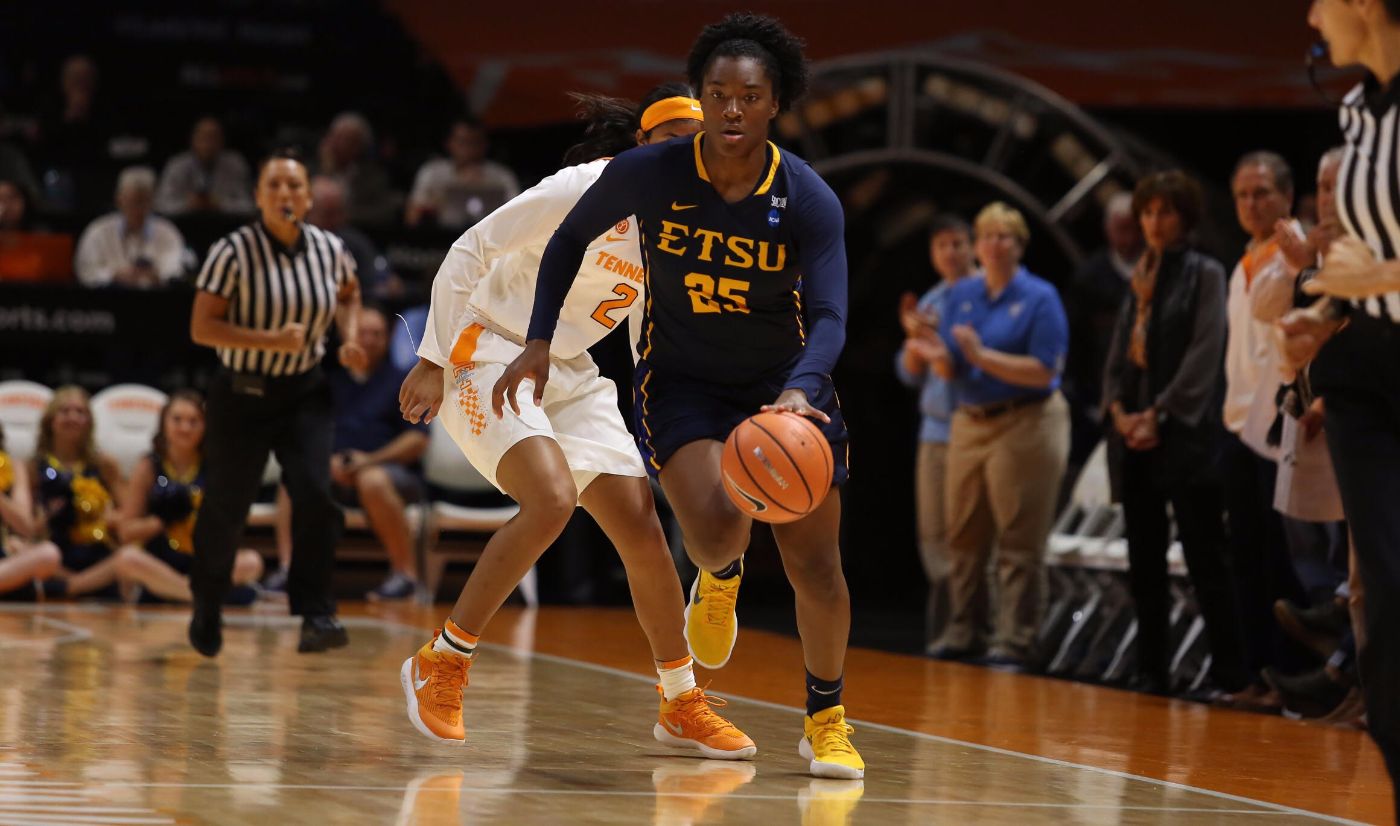 “I wanted to give our kids the best experience possible in Division 1 college basketball,” said head coach Brittney Ezell. “I want to give our kids the kind of experience I had playing at the University of Alabama and that’s to compete at the highest level night in and night out. We played Tennessee, we played Cincinnati and we have Michigan State coming to Johnson City, which is unheard of. We have Duquesne coming to Johnson City and we open up the tournament down in Naples with Notre Dame. Boy are they going to have some memories and we’re expanding the brand of East Tennessee State University. There’s a buzz about us right now that wasn’t there prior to start of us scheduling so viciously.  We may take some losses and that’s okay, but what kind of impact I make on my players is something I have to answer for and I can make a really good one by giving them the experiences like this one.”

ETSU started off strong in the first quarter with points switching back and forth. The Bucs were within one of the Lady Vols before Tianna Tarter took an elbow to the face and left the game.

“When she went out the score was 9-6 and then after that I don’t think we scored in the first quarter, said coach Ezell. “She’s one of the top 20 point guards in the country. She’s on the Lieberman Watch List. She would’ve been an impact. She was an honorable mention All-American last year. So yeah, that hurt a lot.”

Following the media timeout, Tennessee went on a 13-0 run to end the first quarter.

At the half, Britney Snowden, Alayjah Sherer and Shy Copney (Johnson City, Tenn.) each had four points. As a team, ETSU had 25 rebounds that split up evenly throughout the team. ETSU was 75% from the free throw line in the second quarter.

Coming in to today’s game, ETSU only had one day to prepare for the Lady Vols. After a hard fought battle against Cincinnati and coming away with a ten-point win, it was hard for the Bucs to come into Tennessee fully rested.

“We came in on Saturday morning at 11 and they could barely move,” said coach Ezell. They played a very physical Cincinnati game in a very large crowd and it was a lot of fun. We worked on a two-three zone yesterday for the first time in all of preseason, that we tested out against the Lady Vols.  We had to do something, because we didn’t have the legs we had against Cincinnati that we had today. It was a tough turnaround, but it was definitely impactful in the way we played today.”

Despite the loss, head coach Brittney Ezell was very satisfied with her team.

“I love my basketball team. I absolutely love their heart. I love their resiliency. I love how tough they are. Tianna Tarter going out in the first quarter really challenged our young team and I think they showed me some things today that I wasn’t really sure about, but you get 21 offensive rebounds against the Lady Vols, that’s almost unheard of. You turn them over 24 times. You get off 77 shots. Did we make very many? No, but I love my basketball team. I love what they are capable of doing. I love who they’re revealing themselves to be on a daily basis and there’s a lot that we can learn from today and take with us. I am so appreciative to Holly and The University of Tennessee for continuing this series. It means a lot to us. It means a lot to the state of Tennessee and it especially means a lot to this region.”

ETSU will hit the road on Wednesday when they travel over the mountain to take on Appalachian State.