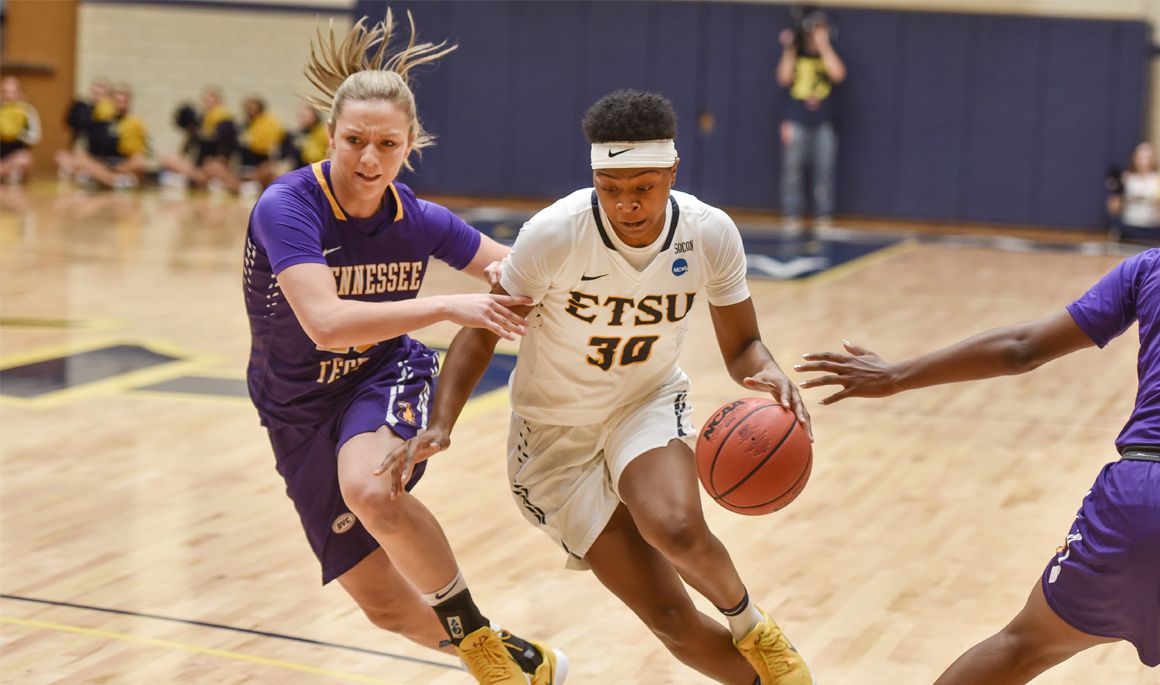 "We challenged (our team) before the game with hustle stats and rebounds," said ETSU head coach Brittney Ezell. "We had 26 offensive rebounds, and I'm really thrilled with that."

Early in the second quarter, Tennessee Tech surged back to even things up, 21-21, by going on a 10-3 run. The Bucs would answer by regaining the lead and outscoring the Golden Eagles 14-6 to end the half, never falling behind.

Coming out of the locker room, the Bucs asserted their dominance by outscoring TTU 25-11, including a 10-11 mark at the free throw line in the quarter. The team never looked back, finishing with a 27-point win.

With the win, ETSU improves to 3-1 overall and 2-0 at home. The win also marks the second straight season the Bucs have knocked off Tennessee Tech.

The Bucs will now have one day of rest before welcoming the Duquesne Dukes to Johnson City Sunday afternoon, Nov. 19 inside Brooks Gym. Tipoff is set for 1 p.m.