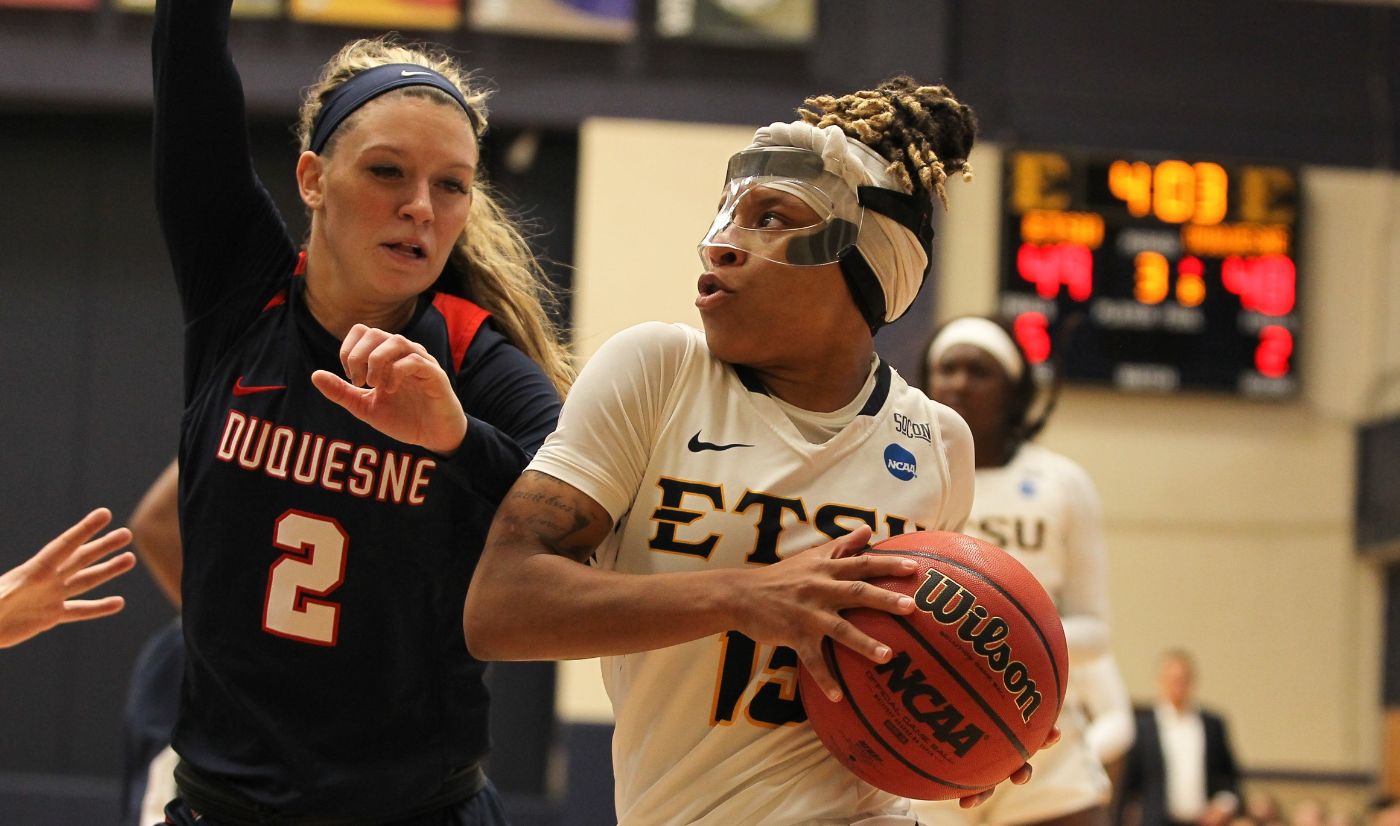 With the win, ETSU improved to 4-1 on the young season, while A-10 member Duquesne dropped to 2-2 after picking up a win over Atlantic Coast Conference member Pittsburgh on Thursday night.

“This is a great win and we’re really learning a lot about our team really fast,” said ETSU head coach Brittney Ezell when asked about her team’s strong start to the year. “We scheduled aggressively for our non-conference and this was another good test for us. Several players really came through for us today.”

Tarter had an all-around strong effort, finishing with a game high 33 points to go along with seven steals, seven rebounds and five assists in 40 minutes of action. Meanwhile, Haynes-Overton collected 21 points, eight rebounds, four assists and four steals in 38 minutes of play.

The Bucs led for much of the first half and into the third quarter, but relinquished the lead late and trailed 66-64 with seven minutes left in the game. From there, the Bucs battled back and found themselves tied at 77 with 49 seconds left.

At that point, Dean took a pass from Tarter and drained her clutch 3-pointer. The ETSU defense then stopped the Dukes from scoring again the rest of the way.

The Bucs will hit the road for a Thanksgiving holiday tournament at Florida Gulf Coast, where they will open play against Notre Dame at 7:30 p.m. on Friday.