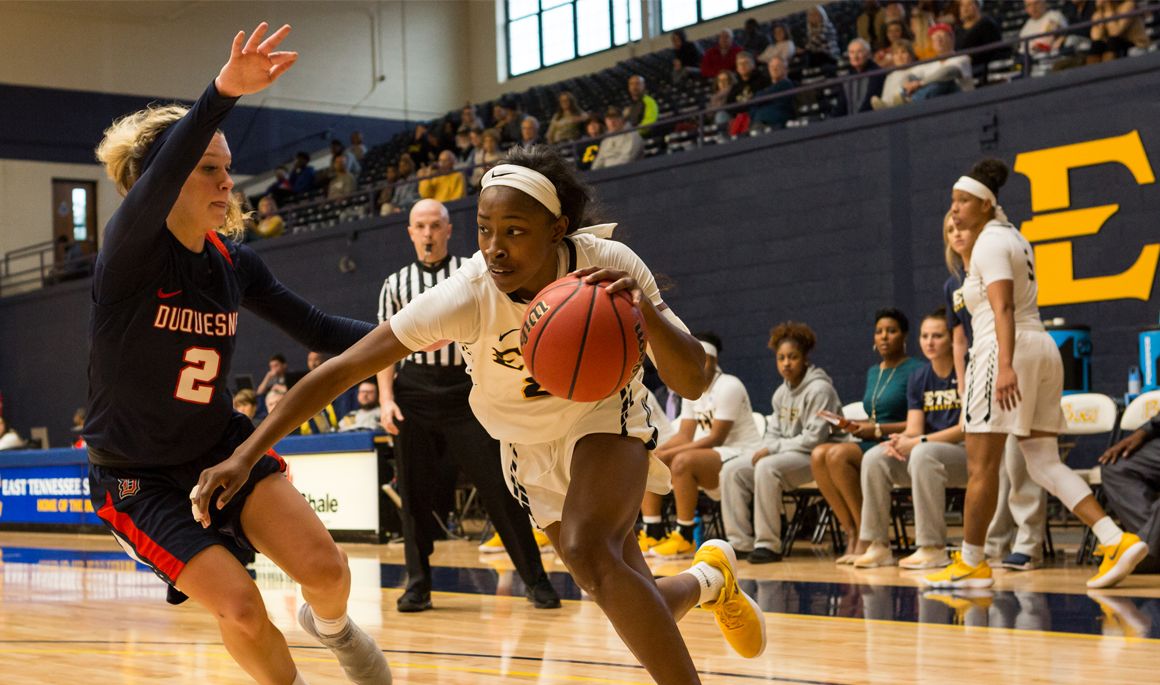 “I thought that our kids were prepared. I thought they were ready to play,” said head coach Brittney Ezell.  "I was really pleased with some of the growth with our kids. I thought Erica (Haynes-Overton) showed a lot of growth since the Tennessee game to tonight. I thought Britney (Snowden) was really good. I thought Jada (Craig) played really hard. There’s a lot of good things we can take from it. We didn’t shoot the ball well. We were 2-21 from the three-point line and got open looks. The game plan was to make them shoot from three and they went 1-15. We just didn’t box out. We just didn’t clog the middle the way we wanted to, but all in all, I'm thrilled with our effort. It’s a lot to build on. It’s a lot to grow from.”

Notre Dame scored first off a layup, but Tianna Tarter quickly tied the game for the Bucs. The first few points went back and forth as Erica Haynes-Overton kept the ETSU within three off her layup. Notre Dame went on a 3-0 run before the media timeout and continued to build their lead. At the end of the first quarter, Tarter, Haynes-Overton, and Copney each had four points. Copney also led the Bucs in rebounds with four.

Haynes-Overton made a fantastic pass to Tarter to begin the second half. The Bucs pulled within 11, but the Fighting Irish continued to build their lead. Notre Dame went 7-10 from the free throw line and had three players scoring double-digits.

Britney Snowden (Pensacola, Fla.) scored four points in the final quarter. The Bucs had a better free throw percentage than the Fighting Irish in the fourth quarter, shooting 60% from the line.

Notre Dame advances to play No. 16 ranked USF as ETSU will take on Washington State. The game is set for 1:30 p.m. inside Germain Arena.

“We’ve got a quick turnaround for another talented Washington State team, but we knew going into this tournament, it was all about developing our team and growing our team. I think we took some steps forward, especially with some individuals tonight. We need the team to take a step forward tomorrow and come away with a big win.”