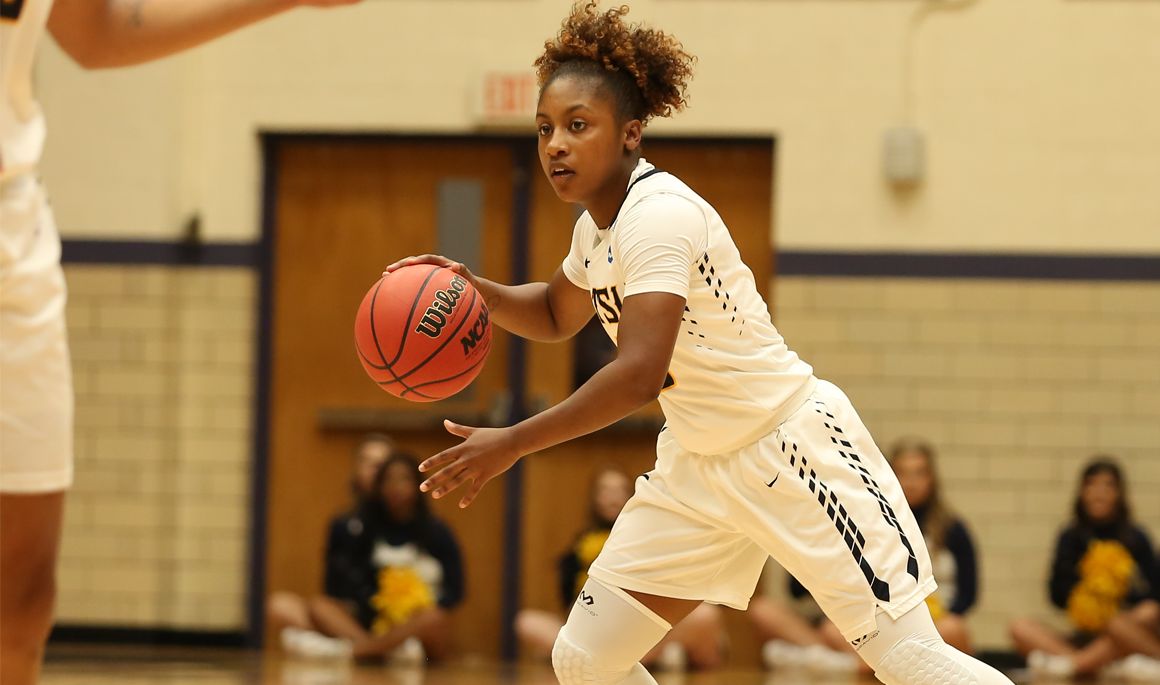 ESTERO, Fla. (Nov. 26, 2017) – The Bucs concluded day three of the Gulf Coast Showcase and fell 87-79 to Western Michigan on Sunday morning. This was ETSU’s third meeting against the Broncos since 1982. Sophomore guard Jada Craig (Winston-Salem, N.C.) recorded a new personal best of 11 points.

Western Michigan jumped out first to score the first basket, but the Bucs quickly responded after Shy Copney (Johnson City, Tenn.) hit a three-pointer. The Bucs hit their last three shots before Western Michigan went on a 10-0 run and kept the Bucs scoreless for three minutes. Sadasia Tipps (Hickory, N.C.) ended the scoring draught for ETSU with a jumper with just over a minute left in the first quarter.

In the second quarter Malloree Schurr (Montgomery, Texas) kicked off the scoring for the Bucs after hitting two free throws, to put ETSU within four. From there, the Bucs kept the Broncos scoreless for four minutes. Britney Snowden (Pensacola, Fla.) had a tremendous game in the paint for the Bucs. She recorded a new personal best of 11 points since transferring to ETSU. To put the Bucs just two points away, Snowden boxed out the Broncos to get a rebound and put the ball in the hoop. Tianna Tarter (Johnson City, Tenn.) was fouled shortly after and made both free throws to tie the game at 27. Erica Haynes-Overton (Nashville, Tenn.) then put the Bucs ahead after she picked up a steal and drove to the hoop for a layup. During this span, ETSU went on an 8-0 run. The Broncos fought back, but Haynes-Overton’s free throw put the Bucs ahead by one at the half.

Western Michigan started the third quarter strong and was able to hit six of their shots. Snowden again came through for ETSU putting them within five. The Bucs went five for six and once again held the Broncos scoreless for two and half minutes. Layups by Craig and Tarter kept them within three.

Tarter put the Bucs within one after she hit a jumper to begin the fourth quarter. Points went back and forth before the Broncos took a nine-point lead on a 4-0 run to secure their win.

Tarter finished with the team high of 19 points, while Haynes-Overton, Snowden and Craig each had 11 points.

The Bucs had more steals than the Broncos tallying 14.

ETSU out-rebounded Western Michigan in offensive rebounds with a margin of 14-7.

Snowden led the Bucs in rebounding with seven.