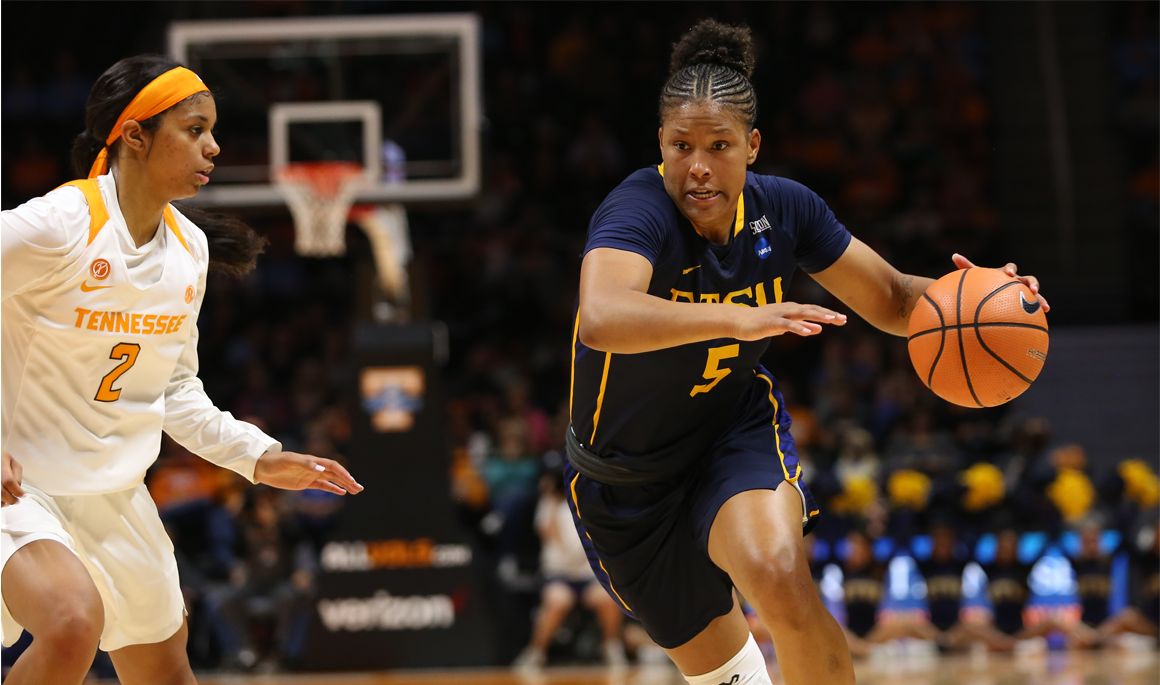 This is ETSU’s fifth straight game on the road

ETSU continues to be led by guards Tianna Tarter (Johnson City, Tenn.) and Erica Haynes-Overton (Nashville, Tenn.) who average double-digits in every game. In the Southern Conference, Tarter is third in scoring with 17.3 points per game, while Haynes-Overton is ninth with 13.7 points per game. Tarter and graduate transfer Shy Copney (Johnson City, Tenn.) lead the Bucs in three-pointers. Britney Snowden (Pensacola, Fla.) leads the Bucs in rebounding after averaging 6.2 rebounds per game.

Freshman Erica Haynes-Overton set a new ETSU single-game record with 11 steals on Wednesday’s game at Murray State. She passed Kiya Verdell who had nine against Appalachian State in 2003 and Nicelle Akers who matched that against Campbell in 2006.

ETSU scored a season-high of 96 points against Murray State. Their previous season-high was 87, which was set against Cincinnati at the Bucs’ home opener.

This will be the tenth meeting between the Bucs and the Eagles. ETSU holds a 6-3 advantage and has defeated the Eagles in the last three meetings.

The Eagles come in to Sunday’s game with a 1-5 record, with their only win coming from North Carolina Wesleyan. They have lost their last three games to South Carolina State, Akron, and Marshall. The Eagles are led by Kayla Brown, who is averaging 10.3 points per game. Emily Kelley leads the Eagles in three-point shooting with 12 and Ronata Rogers is Winthrop’s leading rebounder, averaging 8.2 rebounds per game.