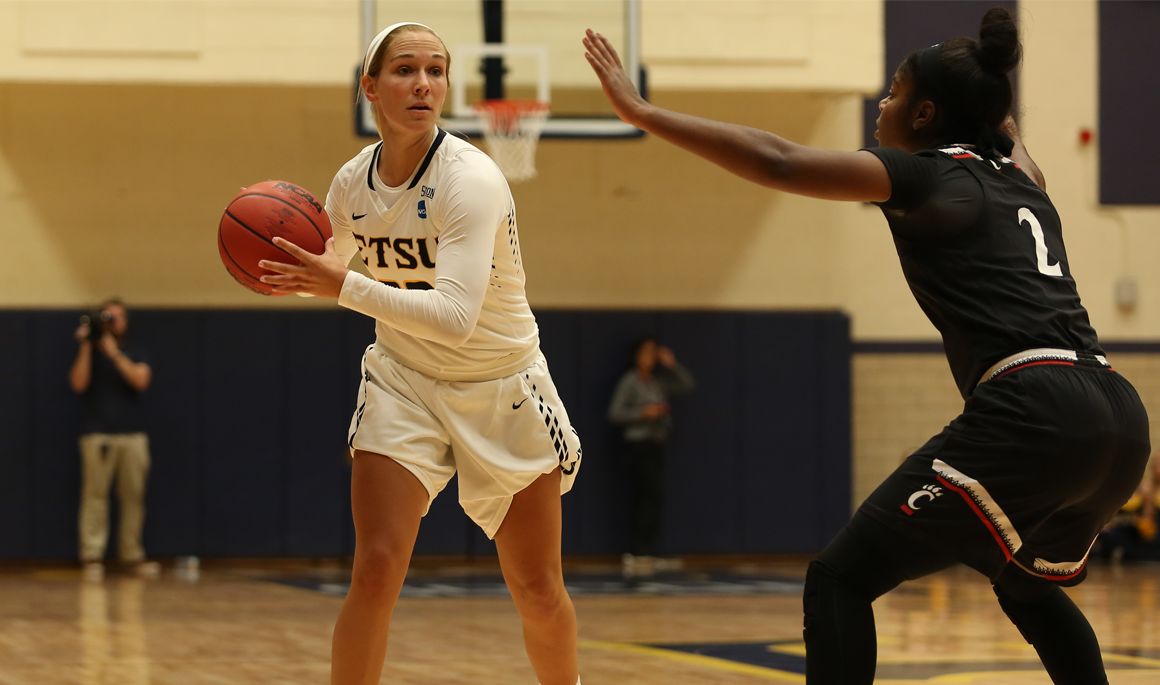 HOUSTON, Texas. (Dec. 9 2017) – The ETSU women’s basketball team travels to the home state of senior Malloree Schurr (Montgomery, Texas) for a Sunday afternoon contest. The Bucs will take on the University of Houston with a tip off time set for 3:00 p.m. (ET).

Texas native Malloree Schurr returns home to play in front of family and friends, as Sunday's game is her homecoming game.

Ranking in the Nation

ETSU is ranked third in the nation in steals, while Houston is fifth. The Bucs are 11th in steals per game, 15th in turnovers forced, and 16th in free throws made.

Player of the Week

Freshman Erica Haynes-Overton won her first career weekly award honor after being named the Southern Conference Player of the Week.

Sunday’s game will be the second contest in program history between ETSU and Houston. The first matchup was back in 1994 when the Bucs won 95-88.

Since returning from Florida, the Bucs have won their next two road contests. A win on Sunday would extend ETSU’s win streak to three, tying it from their previous streak earlier in the season.

Houston comes into Sunday’s game at 7-2 with losses coming from Texas A&M and Boston College. The Cougars are led by four different players scoring in double figures. Jasmyne Harris leads the Cougars in points, averaging 17.1 per game, followed by Angela Harris who is averaging 14.4. Harissa and Dorian Branch lead the Cougars in three-pointers

The Bucs will travel to NC State on Thursday, Dec. 14, before returning home for a six-game home stand.