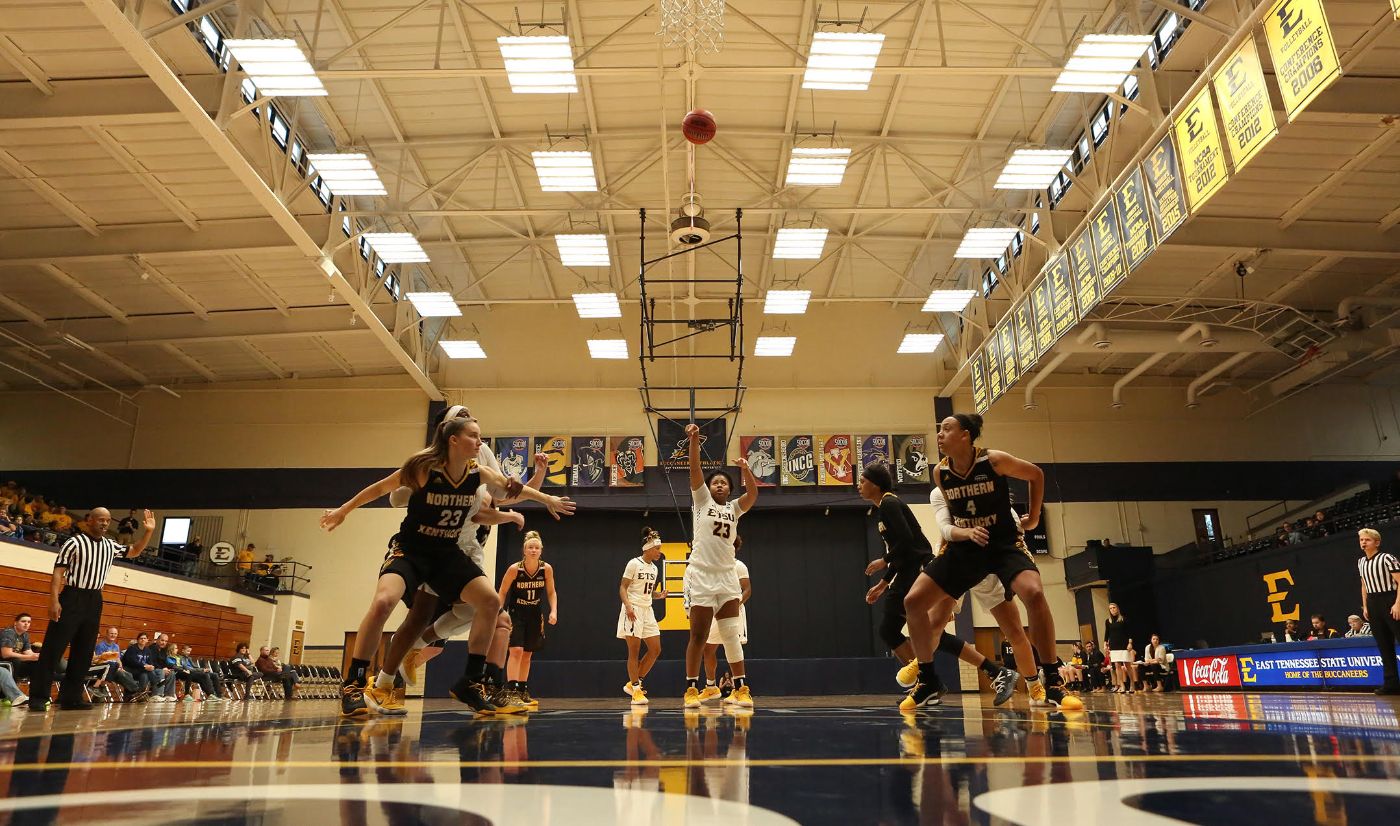 JOHNSON CITY, Tenn. (Dec. 22, 2017) –  After an ETSU 15-point lead, Northern Kentucky fought back in the second half to secure their second win of the season, 57-45. Despite the loss, senior Tianna Tarter (Johnson City, Tenn.) moved into sixth place in ETSU’s career scoring as she finished with 11 points and now has 1,576 career points.

The Bucs will return from the holiday break to host North Greenville at 6:00 p.m. for the first time in program history.

“We lacked focus. We lacked a respect for our opponent that they deserved and then they came out and outplayed us. This is what happens when you don’t treat every game like it’s NC State or Michigan State or Tennessee. You worry about a game like this leading into Christmas break. It can either go one of two ways; they’re really excited or they’re already checked out. I personally believe they were already checked out. I’ll do everything that I can to remedy that. We only scored 14 baskets total, four points in the fourth quarter, don’t shoot above 30%, you’re not going to win. Hats off to Northern Kentucky. Camryn does a great job. They kept fighting and made shots where they needed to. Their zone gave us trouble and we acted like we were disinterested and the result is what it is. A lot of things to think about over Christmas. We’ll be back on the 26th-27th and try to get things remedied before we play again on the 29th.