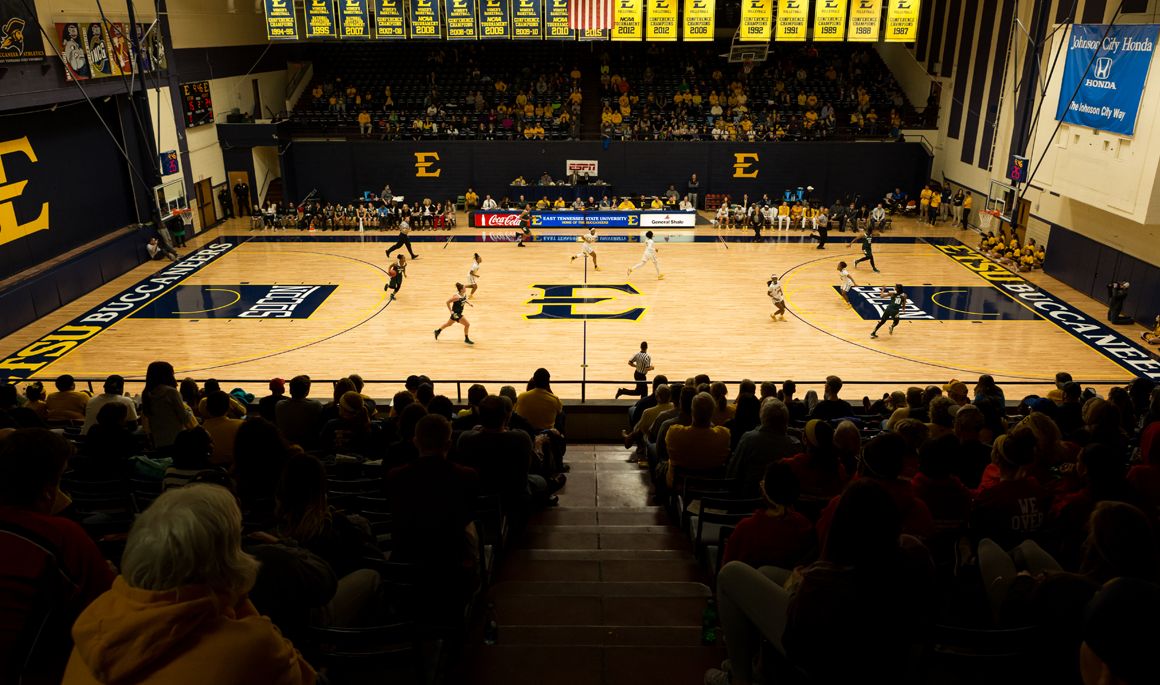 JOHNSON CITY, Tenn. (Dec. 28, 2017) – After enjoying the holiday break, the Bucs will return to action to host North Greenville in one final non-conference matchup to end the year. The game is set for Friday at 6:00 p.m. inside Brooks Gym.

All kids 12 and under are FREE with a paying adult.

Tianna Tarter (Johnson City, Tenn.) and Erica Haynes-Overton (Nashville, Tenn.) continue to average double figures for the Bucs. Both have started in all 14 games and lead the team in steals with their aggressive defense during their press. Senior Malloree Schurr (Montgomery, Texas) just played in her 100th career basketball game and is one of ETSU’s top free throw shooters. Transfer Britney Snowden (Pensacola, Fla.) has been a threat in the post and she’s been a rebounding machine and has been putting up points on the offensive side. Jada Craig (Winston-Salem, N.C.) and Sadasia Tipps (Hickory, N.C.) have switched in and out for the starting five spot. Craig has added depth to ETSU’s quick guards and Tipps has provided great defensive coverage as she leads the team in blocks. With 29 three-pointers on the season, Shy Copney has the hot hand from the distance. Anajae Stephney (Knoxville, Tenn.) and Alayjah Sherer (Tupelo, Miss.) have been able to come off the bench in crucial situations.

Moving Up in the Records

Tianna Tarter has moved into sixth place in ETSU’s records with 1,576 career points and is also in fourth place with 403 career assists.

Four of a Kind

ETSU has four players with at least 100 total points this season. (Tarter, Haynes-Overton, Snowden and Copney)

The Bucs have used five different starting lineups throughout the season.

The Bucs will begin Southern Conference action on Jan. 4, when they host Western Carolina.

Tarter on the Watch Lists

All ten Bucs have scored more than 25 total points so far this season. Seven of those ten has been the Bucs’ leading scorer.

This will be the first meeting in program history.

The Crusaders come to Brooks Gym with a 1-8 overall record. Their latest win came from a double overtime thriller in an 87-83 win over Benedict College. The Crusaders are coming off of a two week break after not playing a game since Dec. 12. North Greenville has a big roster with 16 players that have seen action so far this season. They have begun conference play in the Conference Carolinas and are off to a 0-3 start. Karen Donehew and Cameron Carter are the Crusaders’ top scorers, averaging double figures.  Donehew also leads her team in three-pointers and rebounds.