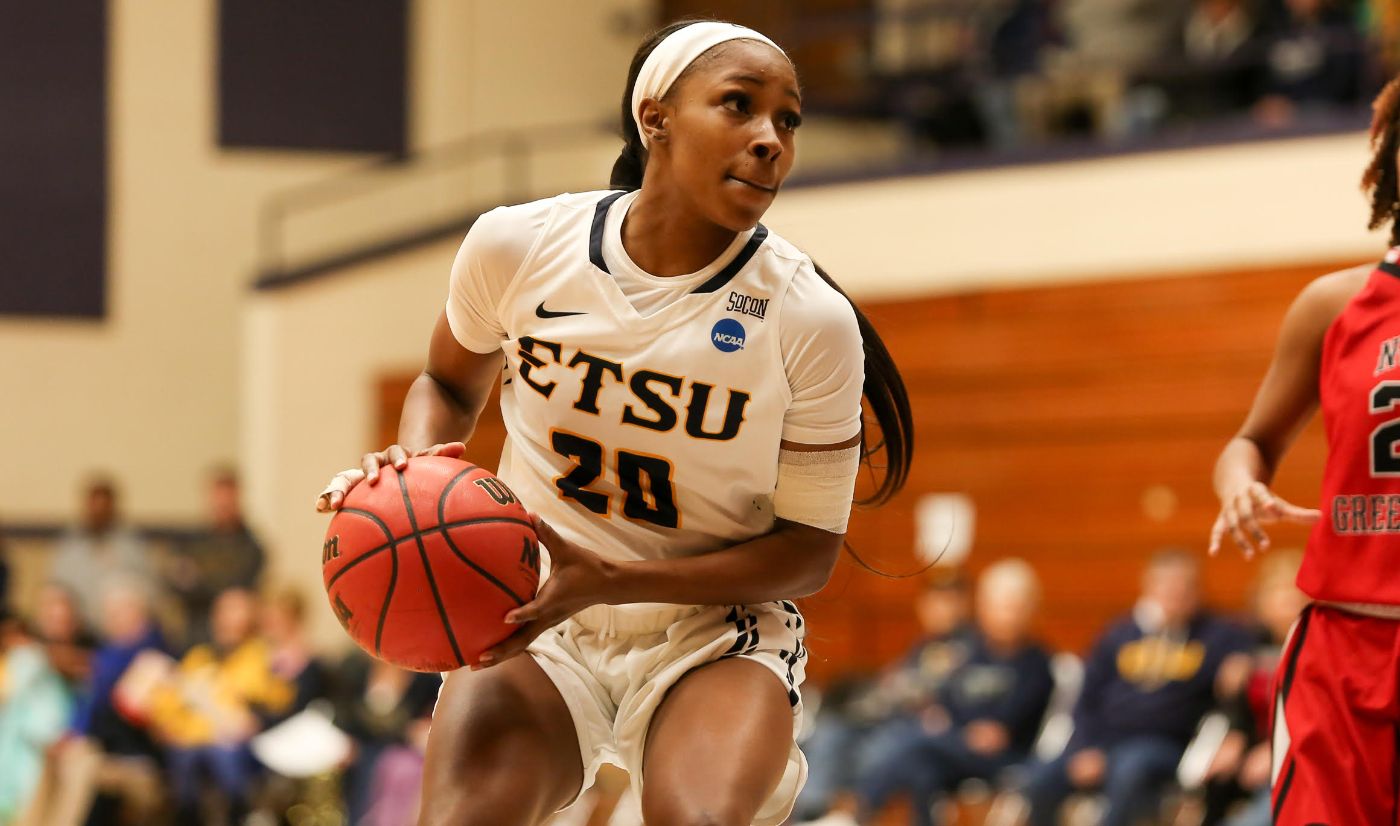 The freshman scored a career high of 29 points

JOHNSON CITY, Tenn. (Dec. 29, 2017) – After returning to Brooks Gym following the holiday, the Bucs got back in action against North Greenville on Friday night. ETSU snapped a four game losing streak with a dominant 90-67 win to improve to 7-8 on the season before heading into conference play.

The Bucs will begin conference play when they host Western Carolina on Jan. 4.

On heading into conference play next week… “I feel good. Our team has the talent. There’s obviously some things we have to work on still, but that’s not a big deal. I’m sure we’ll get there and I’m really confident in my team.”

On opening up conference play at home… “I think it’s really big. We play better at home. We get a lot of energy from our fans and it’ll be a big boost for us.”

Opening statement… “We really challenged them at halftime. We play a little lethargic against teams we don’t think we really need to play hard against. I told them it’s not only disrespectful to the other team, but it’s disrespectful to us. We need to treat everyone like it’s Michigan State or Cincinnati and that’s hard to do when we put the schedule in front of them that we have. I thought they responded well at halftime. I thought Tianna showed a remarkable amount of leadership in the locker room and coming out at half. Erica had a great bounce back. She wasn’t very good against Northern Kentucky and then Raven comes back and gets 13 rebounds in 22 minutes. There were some really good things that we could point out.”

On what she learned in non-conference play… “We’re pretty resilient and we’re pretty tough. We’re pretty good when we get out and pressure and anticipate. We have some thieves amongst us. They are fun to coach. They really are. They care and I think that’s what I like most about them. They care about one another and they care about how they perform and you can do a lot of things when people care.”

“We want to send our best wishes to Julie as she’s recovering from back surgery. It meant a lot from us to go visit her family and for our kids to go see her. We wish Julie our best wishes and we dedicate our game to her.”