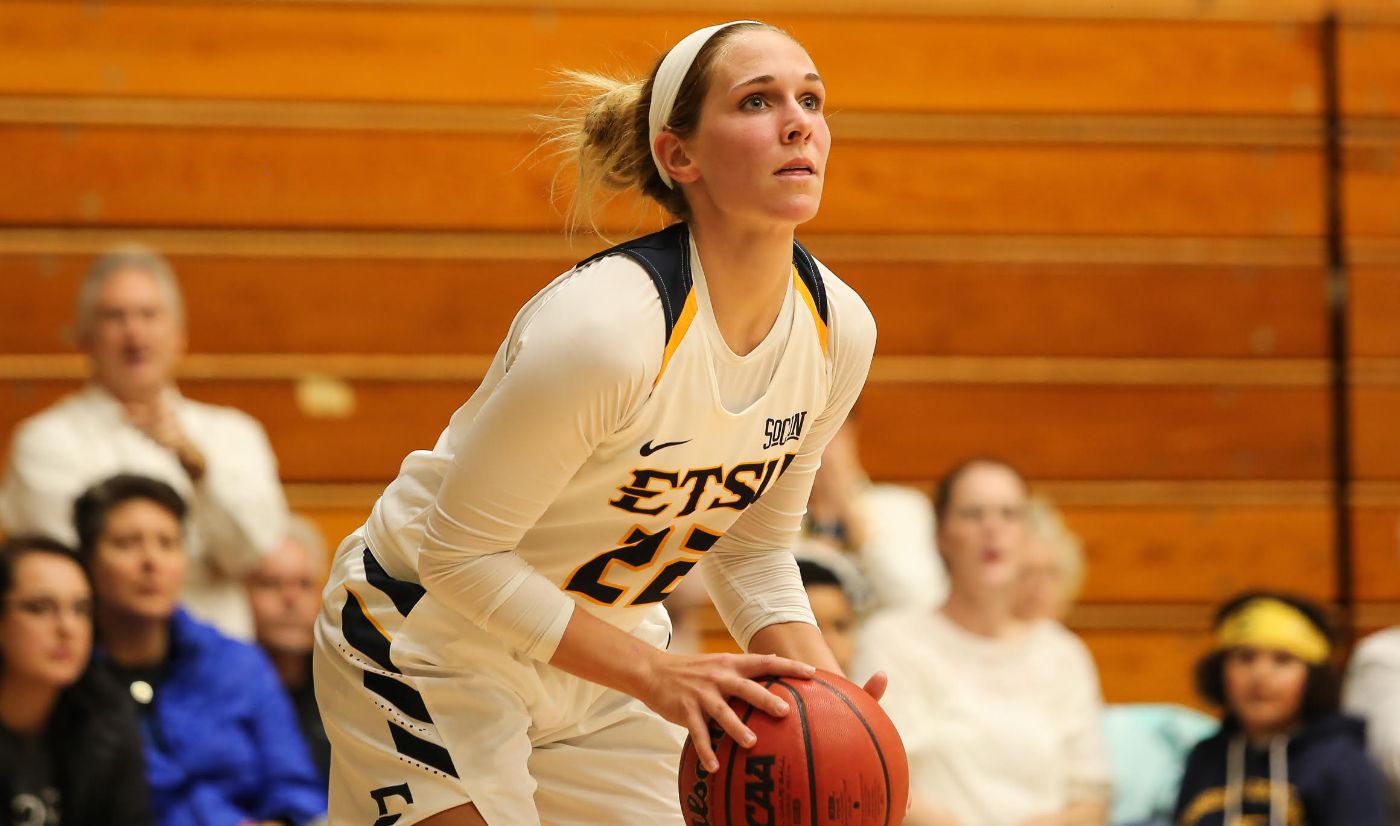 ETSU beats Chattanooga for the first time since 2010

JOHNSON CITY, Tenn. (Jan. 12, 2018) – In a game that saw the score tied seven different times, the Bucs put together a strong fourth quarter effort to outlast the Chattanooga Mocs 65-58 and snap a 10-game losing streak to their in-state rival. ETSU now moves to 3-0 in conference action to continue a four-game win streak.

With 1:09 left in regulation, senior Malloree Schurr (Montgomery, Texas) hit a clutch jumper to help the Bucs gain a five-point lead. The Bucs would ice the game with free throws, finishing the fourth quarter with 19 points to seal the win. Freshman Erica Haynes-Overton’s (Nashville, Tenn.) dominant first quarter gave the Bucs the start they needed, going 5-5 in first quarter field goals to set the tone for the rest of the game.

The Bucs will hit the road for their first conference road game of the season when they head to Furman on Wednesday, Jan. 17.

Senior Tianna Tarter on their first win against Chattanooga… “It feels great. We came out focused and ready to play. We knew what we had to do. It’s been four years and we wanted it really bad.”

On the message in the fourth quarter… “Chattanooga is too good of a team for us to just let them do whatever they wanted to do. We had to put our foot back on the gas and keep making shots and play good defense.”

Senior Malloree Schurr on their first win against Chattanooga… “It’s amazing. Me and Tianna talk about it all the time on how we’ve never beat them. Every year we feel like we’re going to and it’s just depressing not winning, so this year it feels like everything we’ve worked for has paid off.”

On hitting her last shot with 1:09 remaining… “It was good. It was another shot, but I knew it was important. If I didn’t make it, I definitely would’ve heard something about it. It was just a great feeling. I was more focused on the defensive end. As long as we out hustled them, we knew we could speed it up because they like to play slow. We were more focused on defense than anything.

Head Coach Brittney Ezell… “You don’t feel relieved. You don’t feel excited. It’s really hard to explain. I feel grateful for the people that came before these kids. I feel grateful for our fans. I feel grateful for the effort that our kids gave tonight and I almost feel like a fan for our kids. I walked in that locker room and I wanted to cry and just give everyone a hug because they’ve worked so hard. It’s not just this weekend preparation. It’s been years coming. I told them we haven’t beaten Chattanooga yet, but I have faith that we’re going to and that’s what they went out and did. I am overflown with gratitude for everyone that came. I really don’t have the words. I’m just really grateful for our kids, our program, our supporters, and the opportunity to do something like this.”

On the difference in the fourth quarter… “I think what we talked to them about at the end of the third was that if you want something, you have to go take it. Nobody is going to give it to you. Nobody is going to provide it for you. Go work for it and go take it. I felt they took ownership of the fourth quarter.  Tianna really led the way. She became much more assertive. I thought when we put our two “bigs” in at the same time, that was a real good catalyst for us on the offensive end. It was really about owning the moment. Erica owned the moment. Malloree hit that big shot and owned the moment. They’ll remember those things. I thought our kids responded to the challenge.”