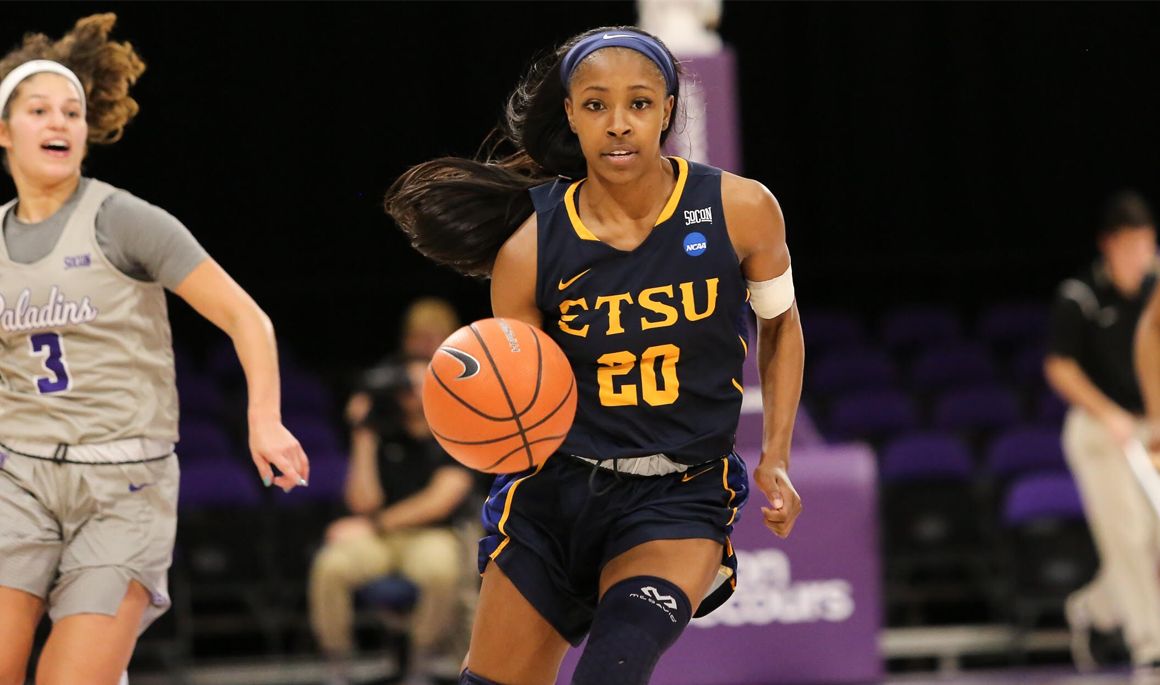 GREENVILLE, S.C. (Jan. 18, 2018) – A 23-5 run midway through the game sparked a 14-point lead, giving ETSU its fourth straight conference win to remain undefeated in the conference with a 69-57 win over Furman in Greenville, S.C. Erica Haynes-Overton (Nashville, Tenn.) recorded a team-high of 24 points, while adding four steals. Tianna Tarter (Johnson City, Tenn.) also scored in double figures with 18 and had seven assists.

“I thought we showed a lot of resiliency and toughness tonight,” said head coach Brittney Ezell. “The ball wouldn’t go through the basket for about eight minutes, but we were able to regroup during the timeout and rattle off seven straight. I thought anytime you can get a road win of this caliber is great. Furman is a really good team. They are well coached. They have shooters. They have size. They’re tough. I was thrilled for our kids. We need to shoot the ball better from the free throw line. We need to make sure things don’t rattle us when they are out of our control. I thought we did a really good job of staying together and fighting. Bottom line is that we were just tough tonight.”