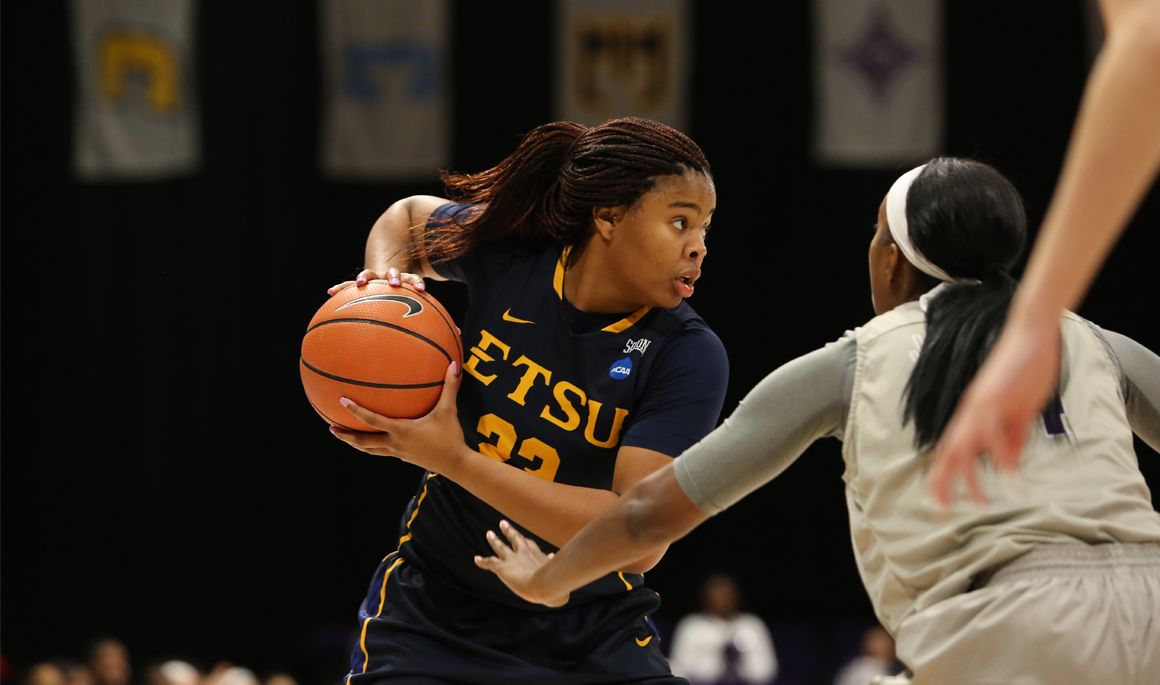 SPARTANBURG, S.C. (Jan. 20, 2018) – With 7.3 seconds remaining and a three-point lead, Wofford inbounded the ball to set up a three point shot to tie the game, but Britney Snowden (Pensacola, Fla.) jumped up and slammed the ball down to help the Bucs secure a 61-58 win. ETSU improves to 12-8 overall and 5-0 in the conference. Including today’s win and with their win on the road against Furman on Thursday, the ETSU Women’s Basketball team capped off a South Carolina road sweep.

ETSU returns home to take on the Mercer Bears on Thursday, Jan. 25th at 7:00 p.m. ETSU Women’s Basketball is sending out a “CODE BLUE” to encourage all fans to wear blue for the battle of unbeatens.

“Obviously really pleased to come out of the road trip 2-0," said head coach Brittney Ezell. "Wofford played a tremendous game. Jimmy and his staff do a phenomenal job and we’re really lucky to get out of here with a win like that. We didn’t play well. We didn’t have our A game or our B game. I would probably call it our C game, but we did enough things down the stretch that I thought showed a lot of toughness. We kept talking to our kids that toughness is in the mind and in the heart. It’s not in the muscle and we showed a lot of mental toughness today. I’m excited to get on the bus, head home and we’ll be tuning into our men’s game, so good luck to our guys. We really need everyone in Brooks Thursday night as we take on Mercer. It’s going to be a “code blue” and we need you there. Come see us, Buc Nation!”