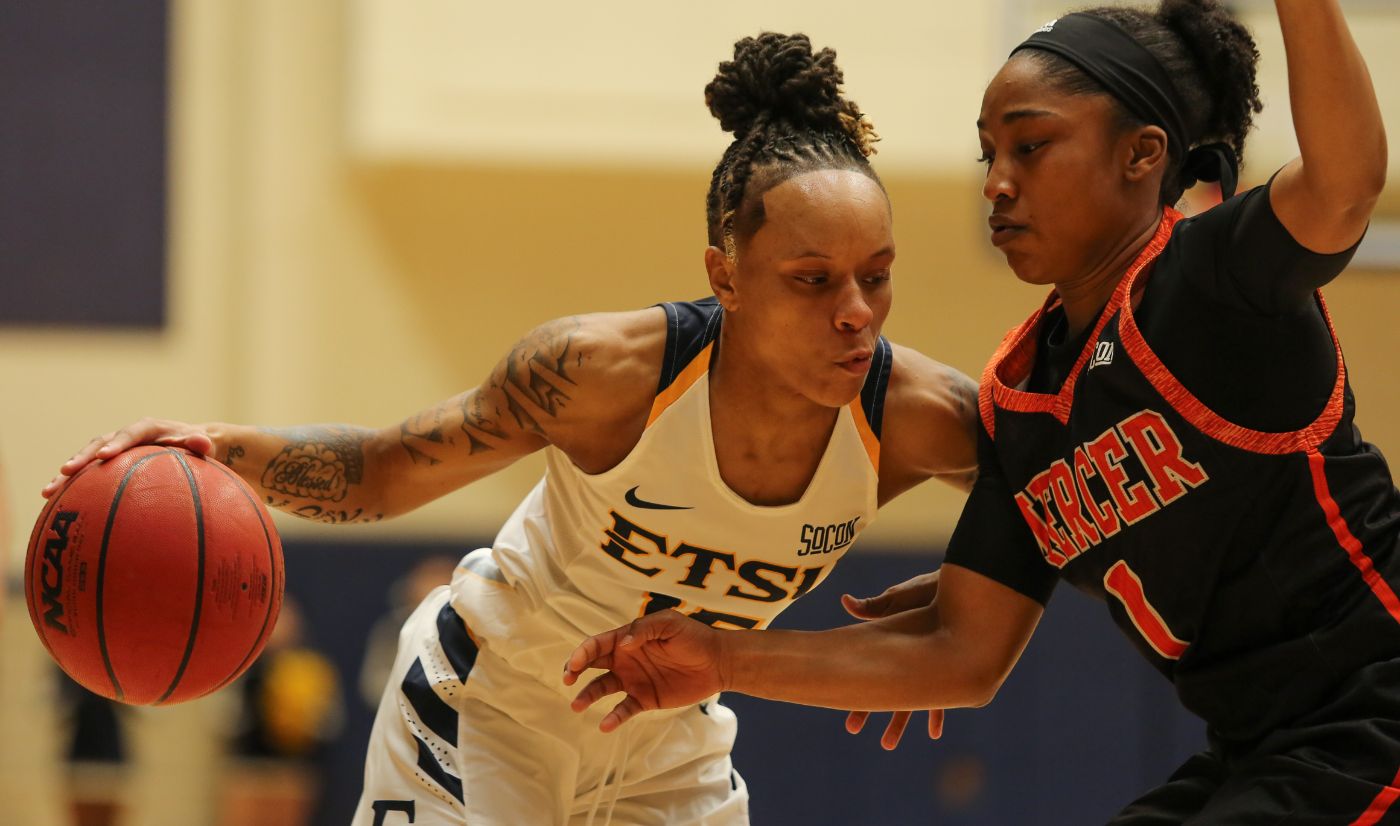 JOHNSON CITY, Tenn. (Jan. 25, 2018) – In a highly anticipated matchup, the ETSU Buccaneers fell to preseason favorite Mercer, 85-65 in round one of the series. ETSU falls to 12-9 and 5-1 in conference play, as Mercer extends their win streak to 16 and remains undefeated in the conference.

Head Coach Brittney Ezell… “I’m not convinced Mercer is 20 points better than us,” said Ezell. “I think we laid down a little bit and felt sorry for ourselves. I give them a lot of credit. They made open shots and they made tough shots. They’re disciplined and they’re senior laden and they did a good job.”

Malloree Schurr… “We didn’t really fight at the end. We kind of laid down for the first time this season. That’s where we have to be more accountable, and we have to step up and fight to the end.”