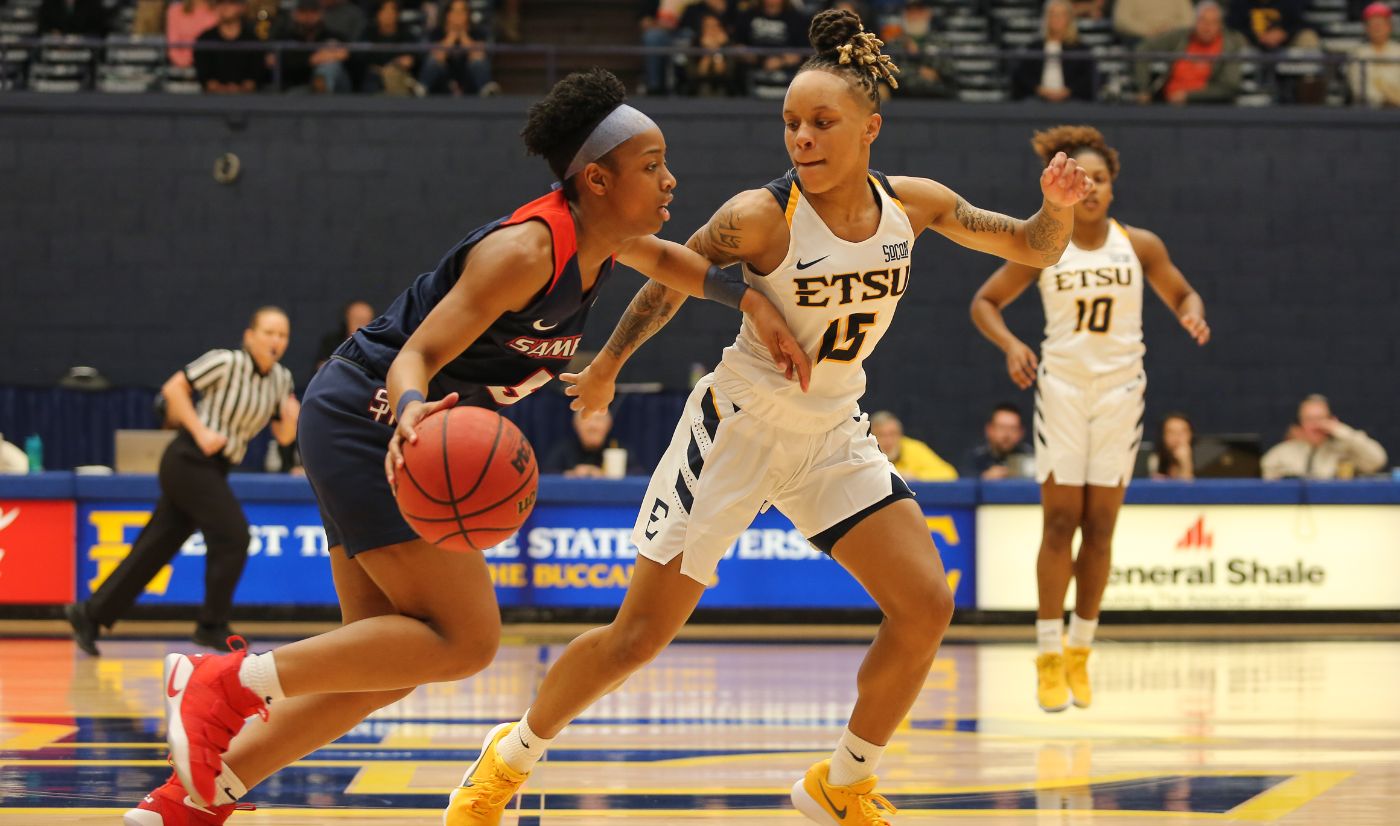 ETSU hits the road for a three-game conference road stretch. They will begin at UNC-Greensboro on Thursday, Feb. 1 with tip-off at 5:30 p.m.

On a 28-point win…. “It feels good. We knew we couldn’t come out and be down after last game, so we just came out with a lot of energy.”

On what she learned from the Mercer game… “We know that we can’t just come out and lay down no matter who the team is. We just have to keep playing and keep playing hard.”

On getting a win before going back on the road… “Coach always tells us it’s hard playing on the road, so we had to get this win today.”

On what she learned from the Mercer game… “We have to stay together through adversity and when we’re up or when we’re down. We have to play through.”

On the win and Tianna dropping another 33 points… “I was really proud of the way that the kids came back after a big disappointment on Thursday. I thought we showed a lot of grit. We had some key kids step forward in Erica’s absence. I thought Jada’s return was really welcomed and if anybody liked it any more than I did, it was probably Tianna. We can move her (Tianna) off the ball some and free her up. She gets 33 on her 12-20 shooting and it was a phenomenal night for her. I think that speaks volumes about our team to have that kind of performance after a disappointing Thursday.”

On Raven and Sadasia starting to break out… “I think they are starting to get more comfortable. Sometimes kids have to be reminded how good they are. Sometimes kids just need to be reminded that they’re really good and really talented. Both of them are extremely athletic. They are both very skilled and they can do some things that they haven’t been doing. We just try to encourage them to be who they are. To relax. To play their game. It compliments the rest of the team. That’s the whole point of a team. People have your back when you mess up. They went out and tried some things tonight. They were successful in some moments, unsuccessful in others, but I want them to continue to try. That’s how you get better.”

On this win being a reminder how good the team is… “I think today was a good reminder that yeah we’re a pretty good basketball team. Like I said on Thursday, I don’t think Mercer is that much better than us. It was a nine-point game at one point and then it just kind of spiraled after that. We have a lot of things to learn. We have a lot of ways that we can grow. I was thrilled that our kids found themselves a little more today and we needed that.”