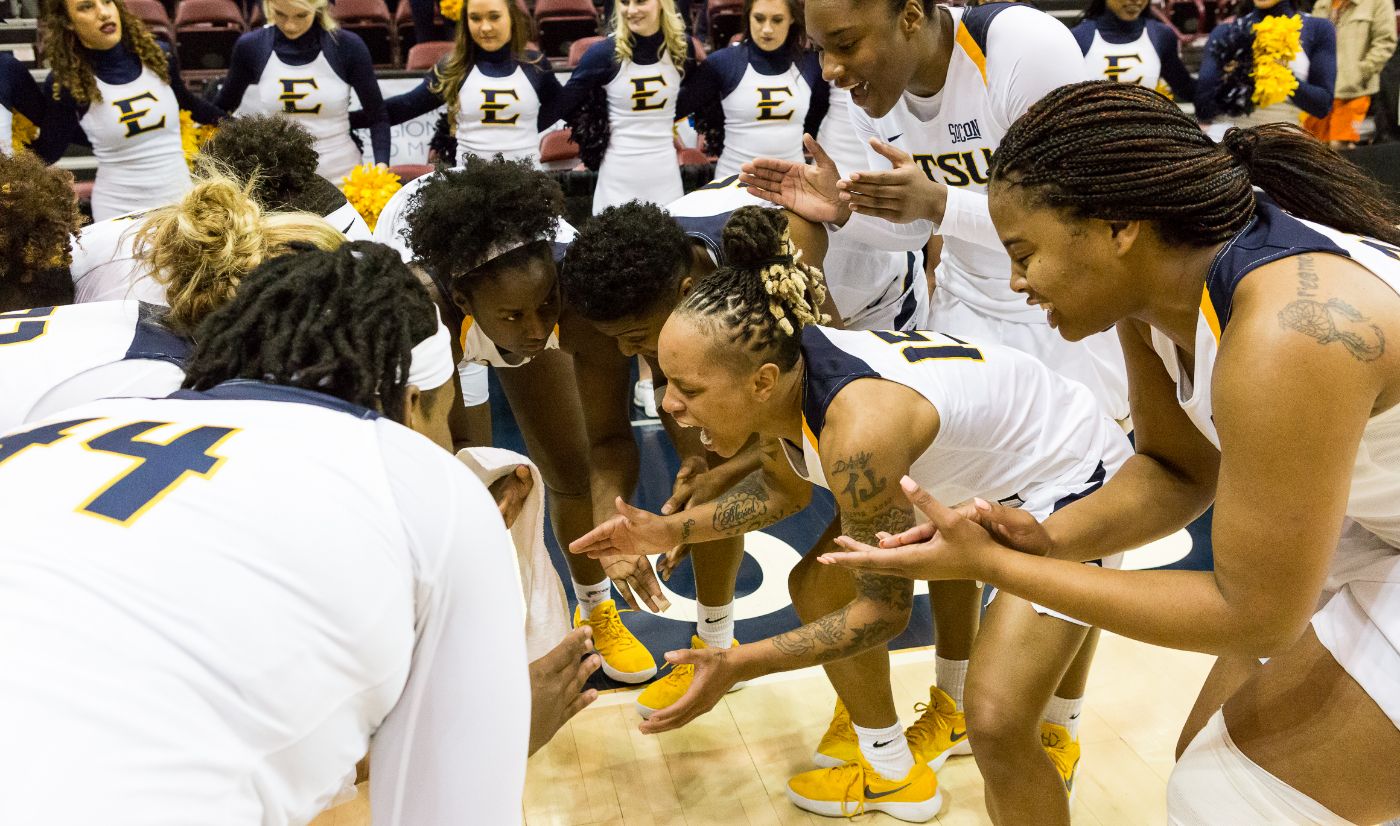 Bucs will play Mercer for the SoCon Championship title

ASHEVILLE, N.C. (March 2, 2018) –  With the Bucs down by one, Tianna Tarter hit the biggest shot of the game with 23 seconds left, to give ETSU the lead to help the Bucs move on to the Southern Conference Championship. ETSU will play No. 25 ranked Mercer and the No. 1 seed in the conference this Sunday, March 4 at noon.

“Wow, kind of surreal. There can be so many ups and so many downs. The one thing that remained constant was the kids in white. They pulled together and stayed together. All the credit belongs to the kids in uniform. I’m happy for them. I’m happy for ETSU. I’m happy for Johnson City. Thrilled to be back in the finals. I will enjoy our time with these kids because they are remarkable.”

On what the team has learned from previous matchups with Mercer

“They are phenomenal. They hit open shots, they play well together. They are led by upperclassmen and have done a great job. A loss isn’t a loss until you lose the lesson, and the lesson is that we have to be really really good on Sunday.”

“I would say we know our ability individually and as a team. We play hard. We give great effort and when we do that, we know we can be unstoppable and be one of the best teams.”

“No, I’m used to this environment. I’m built for it. I have the perfect teammates and coaches to help me and prepare me.”