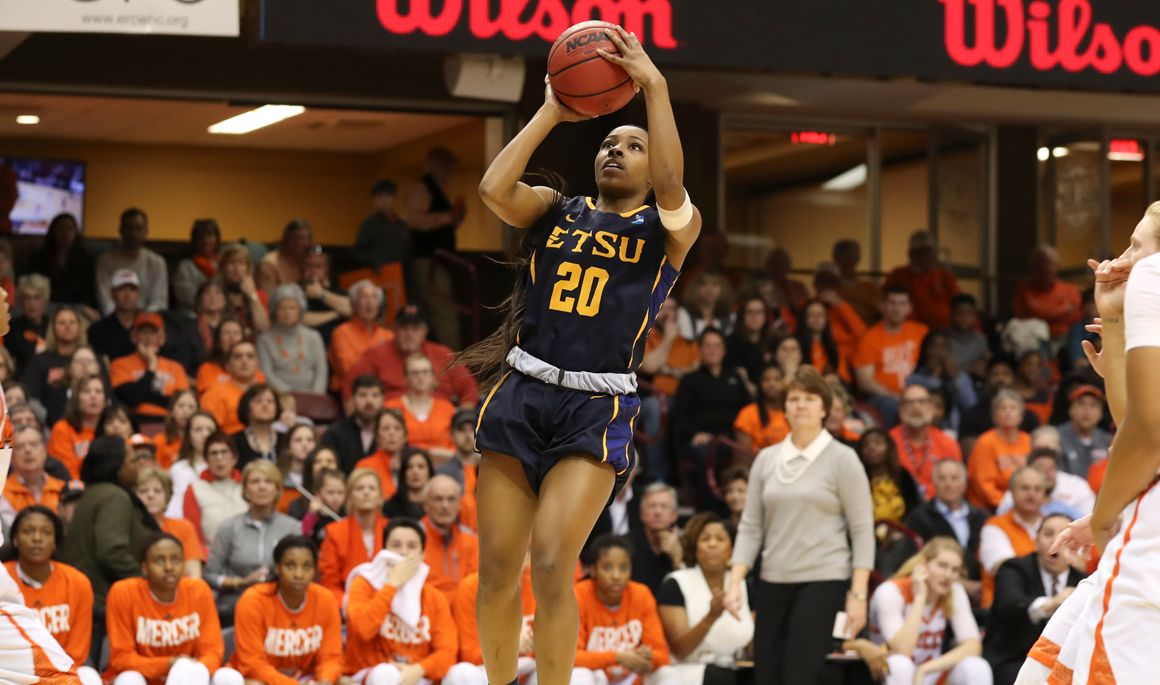 ASHEVILLE, N.C. (March 4, 2018) –  The ETSU women’s basketball team fell to No. 25 ranked Mercer Bears in the Southern Conference Championship game. The Bucs fell 68-53 to end their season 20-12, as Mercer finished their season with an overall record of 30-2. Erica Haynes-Overton (Nashville, Tenn.) and Tianna Tarter (Johnson City, Tenn.) were named to the All-Tournament First Team.

Coach Brittney Ezell
Opening statement
“It was a tough game on a bunch of different fronts. I am proud of the way our kids fought. I am proud of their resiliency the entire tournament. Lots of things could have gone a different way, but they did not [allow it to]. Congratulations to Mercer. To go 30-2 on the season is great and 14-0 in the league. Congratulations, and I hope they do well in the tournament.”

On the toughness of the team
“We outscored them in the paint 34-22. We had a lull in the second half that ended up being the difference in the game aside from the free throws. We did a good job [with going in the paint], but our outside shots were not falling. We were just four or five minutes away.”

On the senior class
“This senior class played in two conference title games, and there are not a lot of players who can say they played in one. There are a bunch of players in our league that will never play in one. Our seniors played in two [title games] and took on two really tough teams. This is not the end of their story. They have some games to play [in the WNIT].”

Senior Malloree Schurr
On the team and playing in the WNIT
“This team is like family to me. As many opportunities as we get, we will take them. But it still hurts to lose.”

On fighting until the end
“When there was four minutes left, we were in the huddle and we all believed we could still come back. We never thought twice about it. We thought we could come back the whole time. We never gave up, but it did not come out the way we wanted it to.”