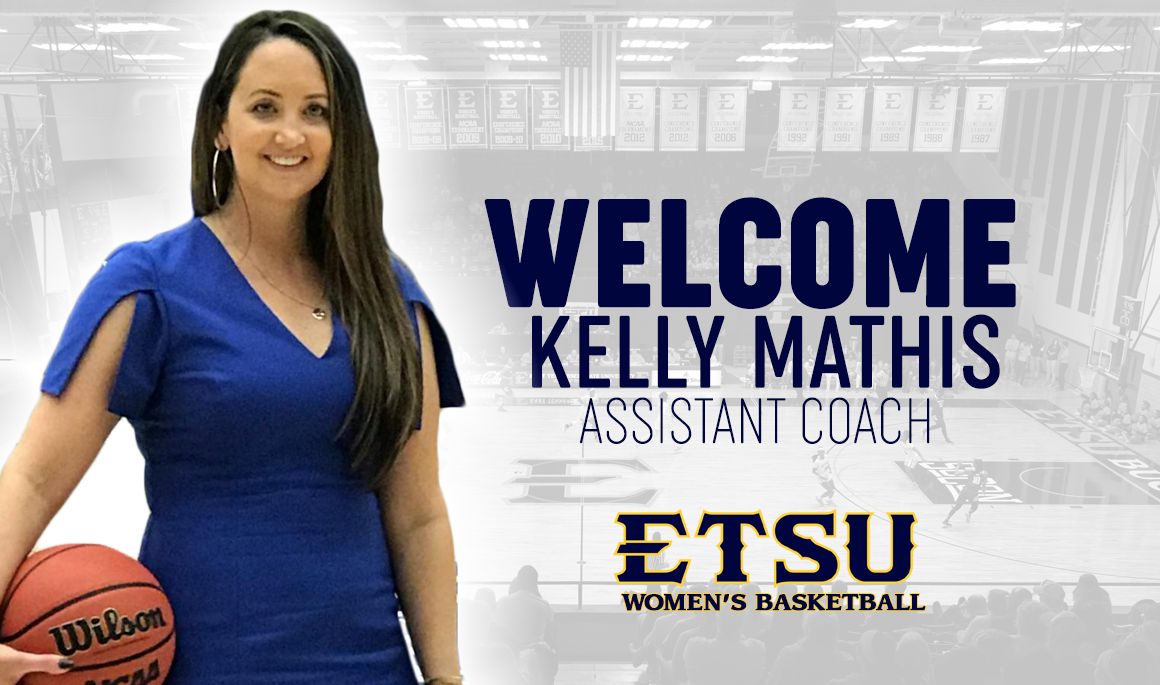 She previously spent two seasons at Georgia State as an assistant coach and has worked at Georgia, Florida State, and Washington & Lee.

“We are excited to add Kelly Mathis to our coaching staff,” stated head coach Brittney Ezell. “She is a bright, young coach with incredible experience at Florida State, The University of Georgia and Georgia State University. Kelly is an innovative thinker and a creative mind in terms of recruiting and communication. With Kelly being a Tennessee native, she will help us tremendously in our pursuit to recruit our great state to know her like they have Coach Keisha McClinic and Coach Chris Lewis. Kelly will hit the ground running and will enhance our program in a multitude of ways. We are thrilled to have her join the ETSU family.”

Mathis is excited to join Ezell’s staff and the Buccaneer family.

“I’m extremely excited and grateful to be hired by Coach Ezell and become a part of her excellent staff,” shared Mathis. “The chance to return back home to the East Tennessee area is a very special and humbling opportunity. I look forward to working with the current student-athletes, as well as future Buccaneers. In addition, I can’t wait to hit the ground running to learn Coach Ezell’s system and integrate myself into the successful culture that has been established here at East Tennessee State University. GO BUCS!!”

Prior to Georgia State, Mathis spent time at Georgia where she was the coordinator of recruiting operations in 2012 and was promoted to director of recruiting operations and player development in 2015. She coordinated the creation and distribution of graphics and mailings, while serving as the liaison to sports communications and creative services. She assisted with the organization of official and unofficial visits and maintained recruiting software data.

Mathis expanded her role by helping with the breakdown of practice and game film, with the compilation of statistics and charts during practice and games. She was also in charge of many additional marketing and community service efforts under Georgia head coach Joni Crenshaw. Lastly, Mathis oversaw all social media elements associated with the Lady Bulldogs.

Prior to joining to the Georgia staff, Mathis was the recruiting coordinator at Florida State and was also the camp director for the Seminole Girls’ Basketball camps from 2011-12.

She began her coaching career in 2010-11 with Coach Mandy King at Washington and Lee, working with the post players and teaching defensive fundamentals, while assisting in player development, scouting reports and film breakdown.

Mathis earned her bachelor of arts degree in sports management in 2009 from Pfeiffer (N.C). She was a letterwinner and team captain for the Falcon’s women’s basketball team, averaging 5.6 points and 3.2 rebounds per game over the course of her career. She was part of the 26-5 conference championship team as a sophomore and set a school record with a 90-percent field goal game (9-of-10).

A Maryville, Tenn. native, Mathis played her prep basketball graduating with the Class of 2005 with the rebels of Maryville High School in the metro Knoxville area.