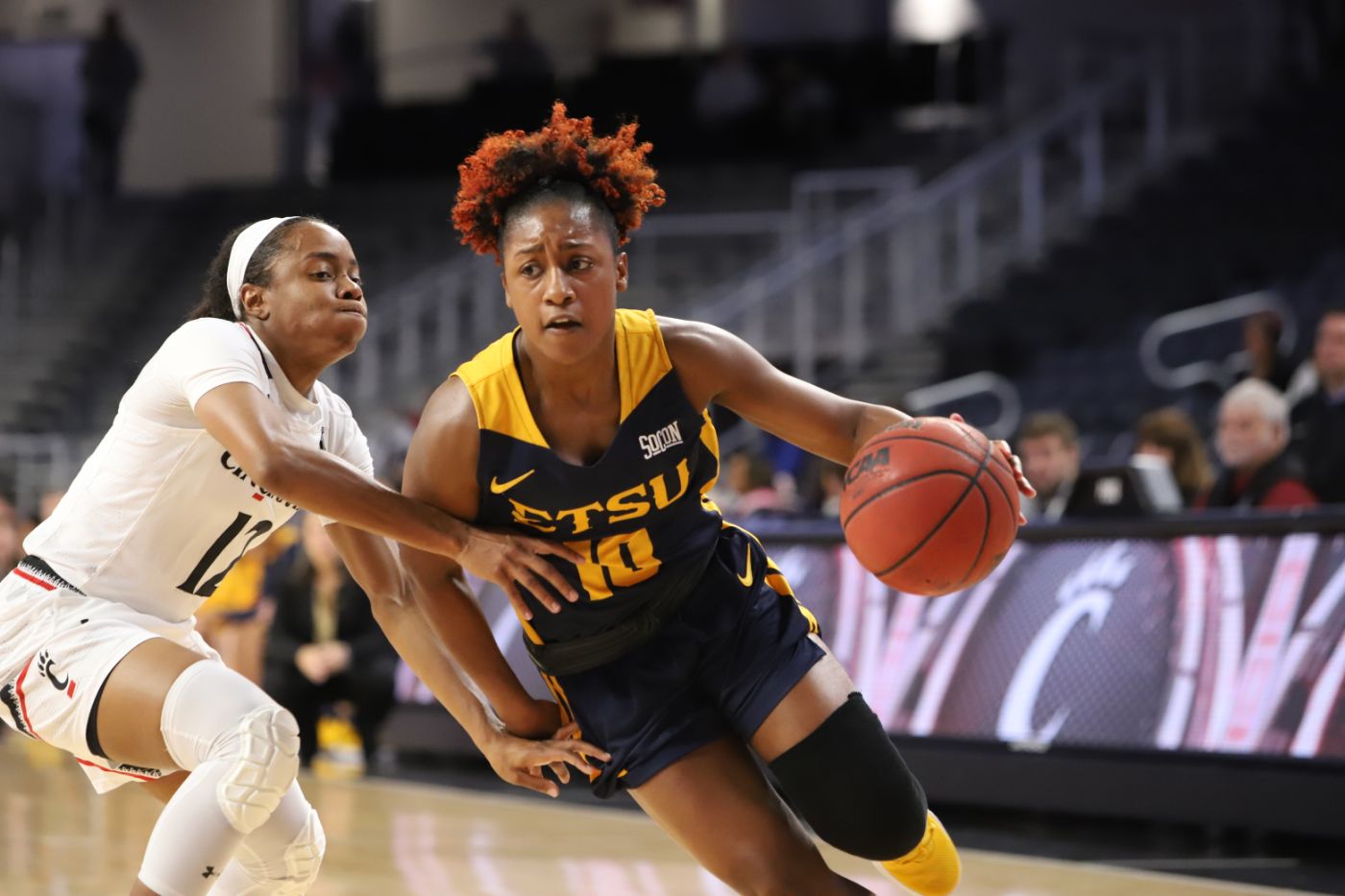 CINCINNATI, Ohio (Nov. 9, 2018) – Despite leading the vast majority of the first 30 minutes of play and holding a 50-49 lead late in the third quarter, the ETSU women’s basketball team looked on as Cincinnati outscored them 28-14 for the remainder of the game to take a 77-64 win in non-conference action Friday night at Fifth Third Arena. In a battle of teams that reached the WNIT a year ago, the Buccaneers dropped their season-opening contest and fall to 0-1. Meanwhile, the Bearcats – who are members of the American Athletic Conference and won 19 games a year ago – improved to 2-0 and avenged a loss to these same Bucs in the 2017-18 season opener.

After taking a brief 3-2 lead to start the game, Cincinnati looked on as the Bucs used a 12-2 run to race out to a 14-5 advantage. The Bucs would maintain that lead the rest of the first quarter, powered by nine points from Haynes-Overton thanks to her three 3-pointers in the opening minutes. By the break, the Bucs were 4-of-9 from behind the arc for a 44.4 percent clip from deep range, and held a 22-16 advantage.

Scoring the opening four points of the second period, the Bearcats pulled to within a possession of the Bucs. The two teams remained either tied or ahead by one basket until the final play of the half, when Cincinnati’s Genesis Parker connected on a 3-pointer at the halftime buzzer to tie it at 34. In the first half, the Bucs got a team-high nine points from both Haynes-Overton and Scheetz, while Antoinette Miller had eight points to lead the Bearcats. While the game was tied, the Bucs held the lead for nearly 17 of the first 20 minutes of game play, compared to the Bearcats 49 seconds of holding the edge.

After the halftime break, it remained a close contest, as the team’s traded the lead five times over the 10 minutes of play. While Haynes-Overton did the offensive damage for the Bucs with driving scores in the lane, Goings kept it close for Cincinnati thanks to three 3-pointers and a total of 11 points in the period. By closing the quarter on a 10-3 run, the Bearcats had built their largest lead of the game at 59-53.

The Bucs will remain on the road to face Michigan State this Sunday afternoon at 1 p.m. in East Lansing, Mich.

For more on ETSU women’s basketball throughout the 2018-19 season, visit ETSUBucs.com and click on the women’s hoops link.