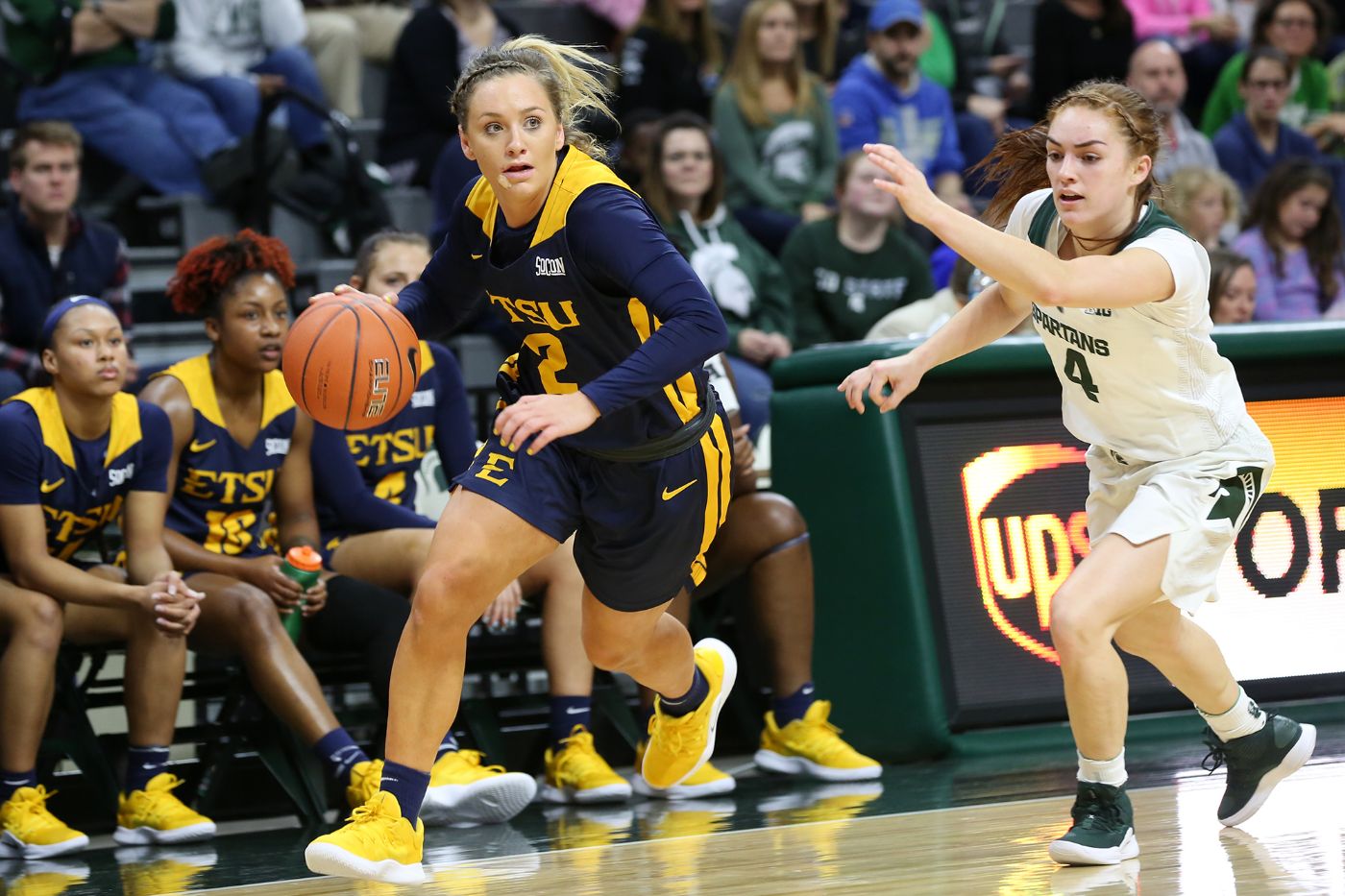 EAST LANSING, Mich. (Nov. 11, 2018) – In a battle that resulted in overtime last year, the Bucs were ready for revenge, outscoring the Spartans 18-14 in the first quarter. Michigan State would eventually take a 20-point lead to secure a 75-53 win at the Breslin Center in East Lansing, Mich. The Buccaneers fall to 0-2, while the Spartans, a member of the Big Ten conference, improve to 2-0 in non-conference play.

MSU went on a 5-0 run to begin the game, but Haynes-Overton quickly tied the game at five. MSU’s free throw would give them the upper edge before ETSU went on a 9-0 run putting them ahead 16-7. Anajae Stephney (Knoxville, Tenn.) would help the Bucs control the score after her free throws. ETSU held an 18-14 lead at the break and scored eight points off the fast break.

Sidney Cooks’s jumper put the Spartans up by one, 19-18. Haynes-Overton and Snowden would come through for the Bucs scoring four straight points to go ahead 23-21. Raven Dean’s (Charlotte, N.C.) jumper and free throw helped ETSU lead by one with just under two minutes remaining until the half.  MSU would answer with five straight points to take a 32-29 lead heading into the half, outscoring the Bucs 18-11 in the second quarter.

30 seconds into the second half, Stephney hit a jumper to put the Bucs within one. Snowden and Jada Craig (Winston-Salem, N.C.) kept the Bucs close before MSU went on an 8-0 run sitting the score at 46-37. Scheetz answered with her second three of the day, putting the Bucs just six points away. Madrekia Cook’s layup gave the Spartans an eight-point lead, but Scheetz came through swishing another three to sit the score at 48-43. A 7-0 run would end the quarter for the Spartans to give them a ten-point advantage, 55-45.

MSU outscored the Bucs 20-8 in the final quarter of play to gain their largest lead of the game with four minutes left in the contest. Freshman Amaya Adams (Kansas City, Mo.) would score her first collegiate point on a free throw. A layup by Tipps would give ETSU their last points of the game, as MSU would come away with the 75-53 win.

The Bucs continue to play on the road when they face Radford this Thursday, Nov. 15 at 11:00 a.m.