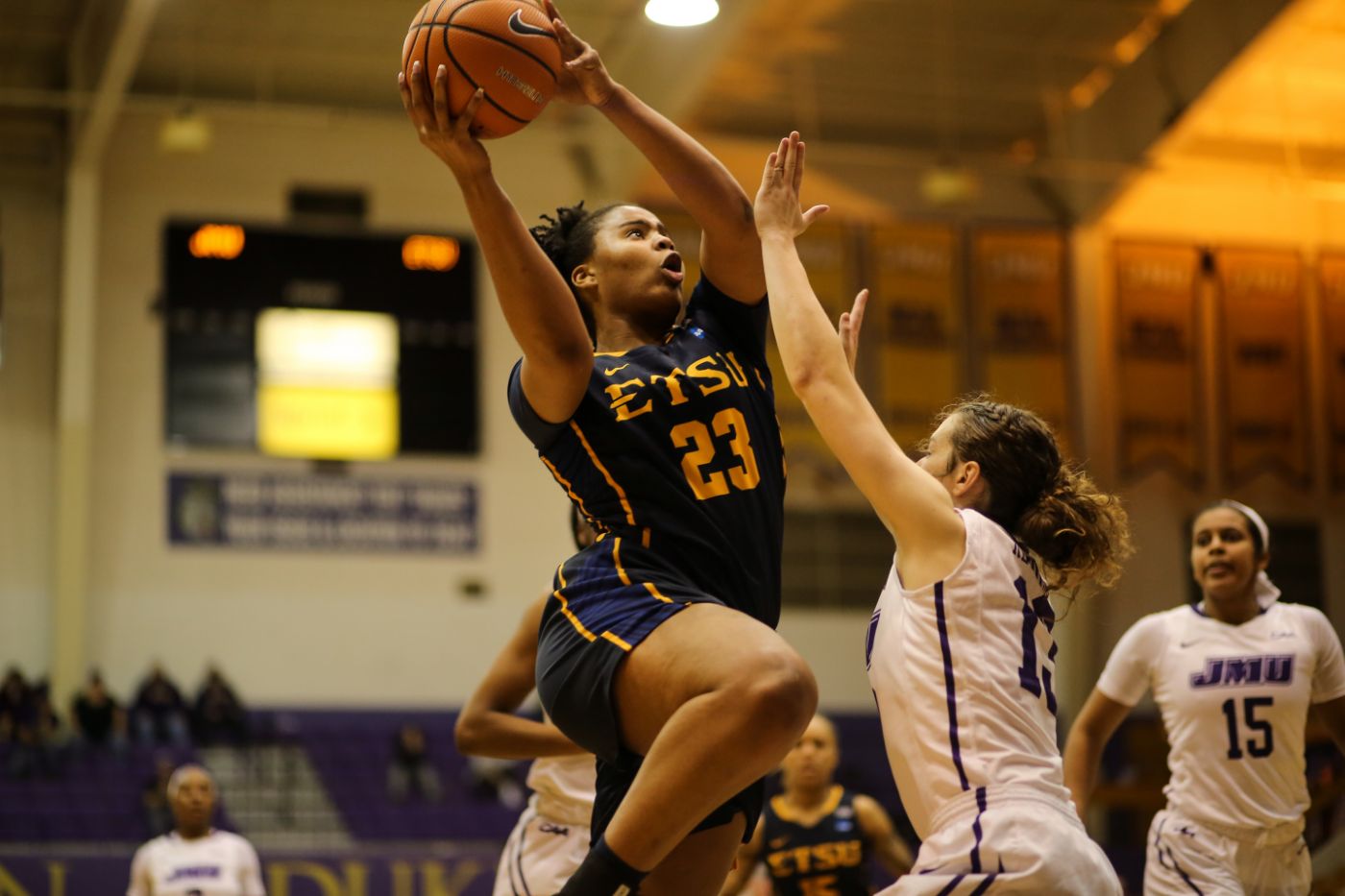 The Bucs (0-3) opened the game on a 19-0 run, but the Big-South favorite Highlanders (2-0) overcame the deficit in the middle quarters to take the lead. ETSU opened the fourth quarter with a comeback run, pulling within two points, but would ultimately fall in the latter moments.

The Bucs were firing on all cylinders to open the contest, beginning the game on an overwhelming 19-0 run in the first eight minutes. The ETSU defense forced Radford to miss its first 11 shots from the field during the run, allowing only one field goal in the first 10 minutes. Senior forward Britney Snowden (Pensacola, Fla.) scored 10 points in just three minutes off the bench, going on an individual 8-0 run late in the quarter to extend the lead.

The second quarter took a stunning turn in favor of the home-standing Highlanders. With ETSU jumping to a 36-13 lead early in the quarter, Radford forced ETSU into a number of turnovers and turned those into points at the other end. Ending on a 17-0 run, Radford pulled within six points to take a 36-30 deficit. After starting the game hot, redshirt-sophomore Micah Scheetz (Knoxville, Tenn.) left the game in the second quarter, finishing with seven points and three boards in nine minutes.

The Radford run extended into the third quarter, as the Highlanders took its first lead of the game with 3:45 left before the horn. The Bucs led for 25:11 minutes prior to Radford’s mid-game run. Despite being outscored in the quarter, ETSU nailed seven shots from the field to Radford’s 10. The difference-maker came at the charity stripe, as the Highlanders went 9-12 from the line while keeping ETSU away from the free throw line.

Trailing 62-53 heading to the final stretch, the Bucs scored on their fist four possessions to pull within two points, beginning with an immediate three-point basket from junior Jada Craig (Winston-Salem, N.C.). Senior Raven Dean (Charlotte, N.C.) also hit a trey in the run, while Erica Haynes-Overton (Nashville, Tenn.) turned a steal into a score to make it 62-60. Radford pulled away in the final moments, securing its second win of the season.

After a tough three-game stretch away from Johnson City, the Bucs return to the friendly confines of Brooks Gym for their home opener against Troy on Monday, Nov. 19.

Like today’s contest, Monday’s game will be an early 11 a.m. tip-off and will serve as ETSU’s annual Education Day promotion.