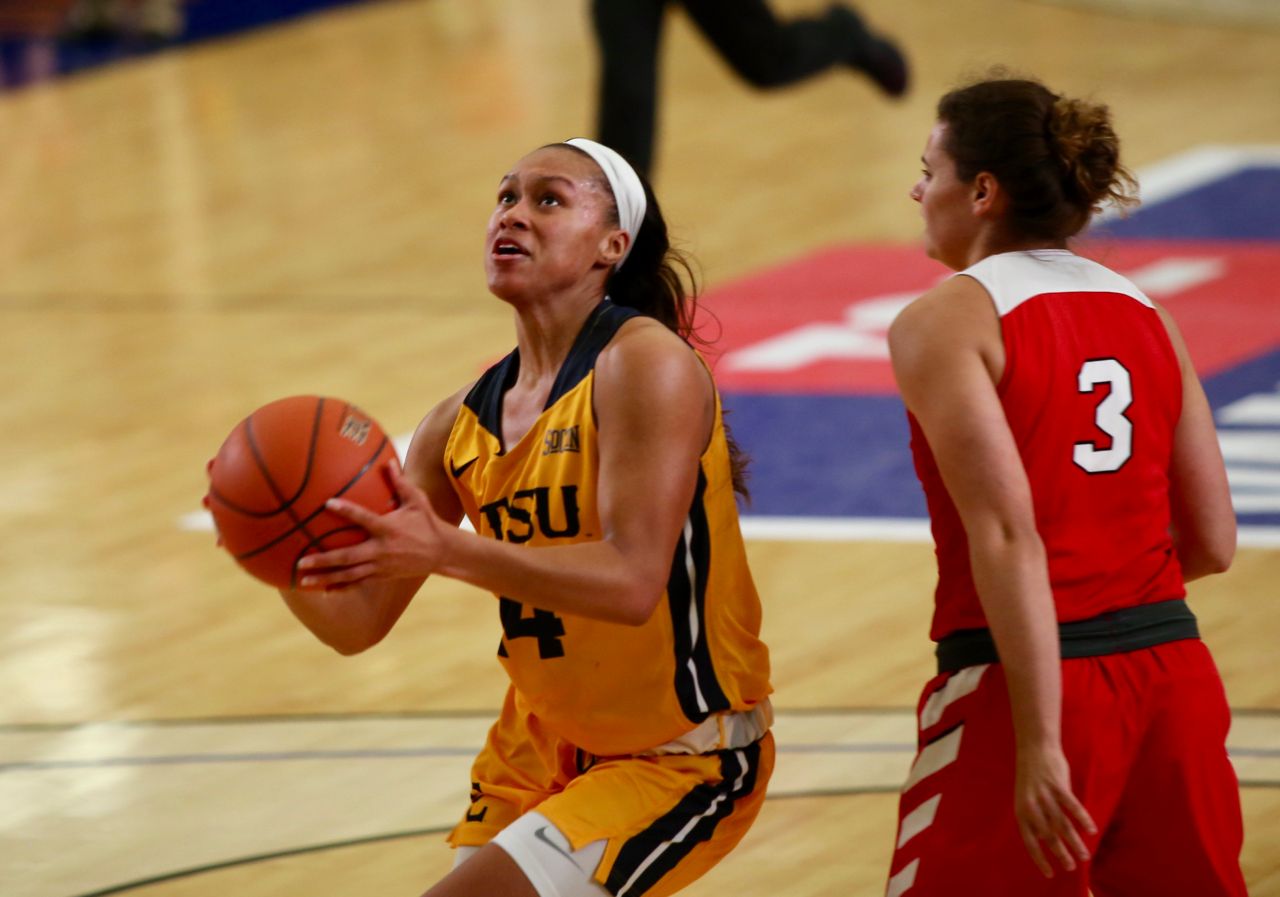 VANCOUVER, BC (Nov. 23, 2018) – ETSU (0-6) dropped their second game of the Vancouver Showcase after being defeated by Western Kentucky (2-5), 82-68 on Friday afternoon inside the Vancouver Convention Center.

Erica Haynes-Overton scored the first basket of the game after driving to the hoop for a layup. WKU scored back-to-back points, but Haynes-Overton tied it once again. Over the course of seven minutes, the Hilltoppers went on a 19-4 run. Kaia Upton gave the Bucs four points in the first quarter, but ETSU trailed 23-10.

The Hilltoppers started off the quarter with a 6-0 run, but the Bucs fought back to outscore WKU 18-17. Nashville natives Upton and Haynes-Overton led the Bucs with six points each at the half. Snowden and Tipps each provided a strong effort in the paint, as they led the Bucs in rebounds. Carley Lytton (Floyd, Va.) gave the Bucs their only three of the first half and as team. ETSU had 20 points in the paint and scored 14 points off the bench.

Layups kept the Bucs in the game to begin the second half. Snowden gave the Bucs points after making both of her free throws and Haynes-Overton had a steal and a layup to put the Bucs within seven. WKU then went on an 8-0 run, keeping the Bucs scoreless for three minutes to end the third quarter, 64-52.

A 6-0 run sparked the final quarter of action to cut the deficit to 64-58, as the Bucs went 3-3 in field goals. WKU pulled away to make the score 73-60 at the media timeout, but Spears and Tipps continued to give the Bucs points. Both teams were scoreless for three minutes before Scheetz had an impressive spin move in the paint for a layup to end the Bucs’ drought. The Hilltoppers did not shoot any field goals for four minutes, as their points came from free throws. Spears finished in double figures, as she gave the Bucs their last points of the game, with the final score 82-68.