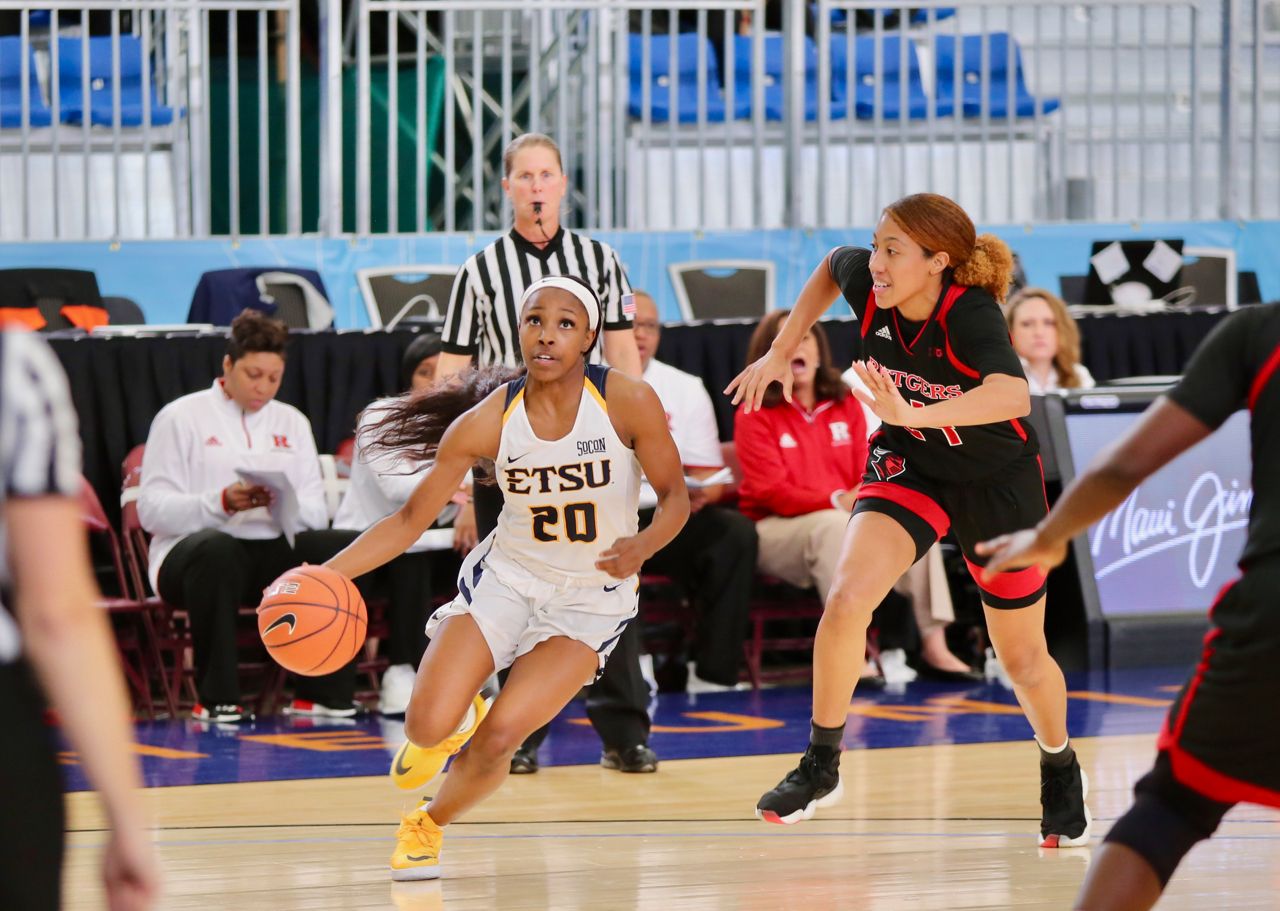 Rutgers had back-to-back points to start the game. Snowden had a tremendous pass to Tipps in the paint for a layup to get the Bucs started. The Scarlet Knights went on a 10-0 run to take a 24-8 lead, but Haynes-Overton would stop that run with a jumper. Rutgers would end the last five minutes of the quarter with a 17-2 run to lead 31-10. Haynes-Overton had eight points for the Bucs.

Both teams were scoreless for the first two minutes of play before Kaia Upton gave the Bucs four points with her free throws, along with a steal and layup. ETSU played tight defense on Rutgers, not allowing a basket for the first seven minutes of play. Snowden and Haynes-Overton also contributed to the Bucs’ points. ETSU outscored Rutgers 11-4 in the second quarter as the score was 25-21 heading into the half. Haynes-Overton continued to lead the Bucs with 12 points and she and Upton had three steals each.

Snowden was an impact player in the third quarter, as she took her third charge of the game to continuously give the Bucs possession. Raven Dean’s triple pulled the Bucs within ten. ETSU kept Rutgers scoreless for two minutes, including a four-minute period where they did not allow any field goals. Free throws by Shynia Jackson and Upton put the score at 43-35. Rutgers would end the quarter going 3-3 from the floor to take a 51-36 lead.

Haynes-Overton continued to put up points for the Bucs finishing with six in the fourth quarter. Rutgers pulled away with an 8-0 run to take a 66-42 lead. Both teams were able to get a basket before ETSU went scoreless for the last minutes of action with the final score 68-44.