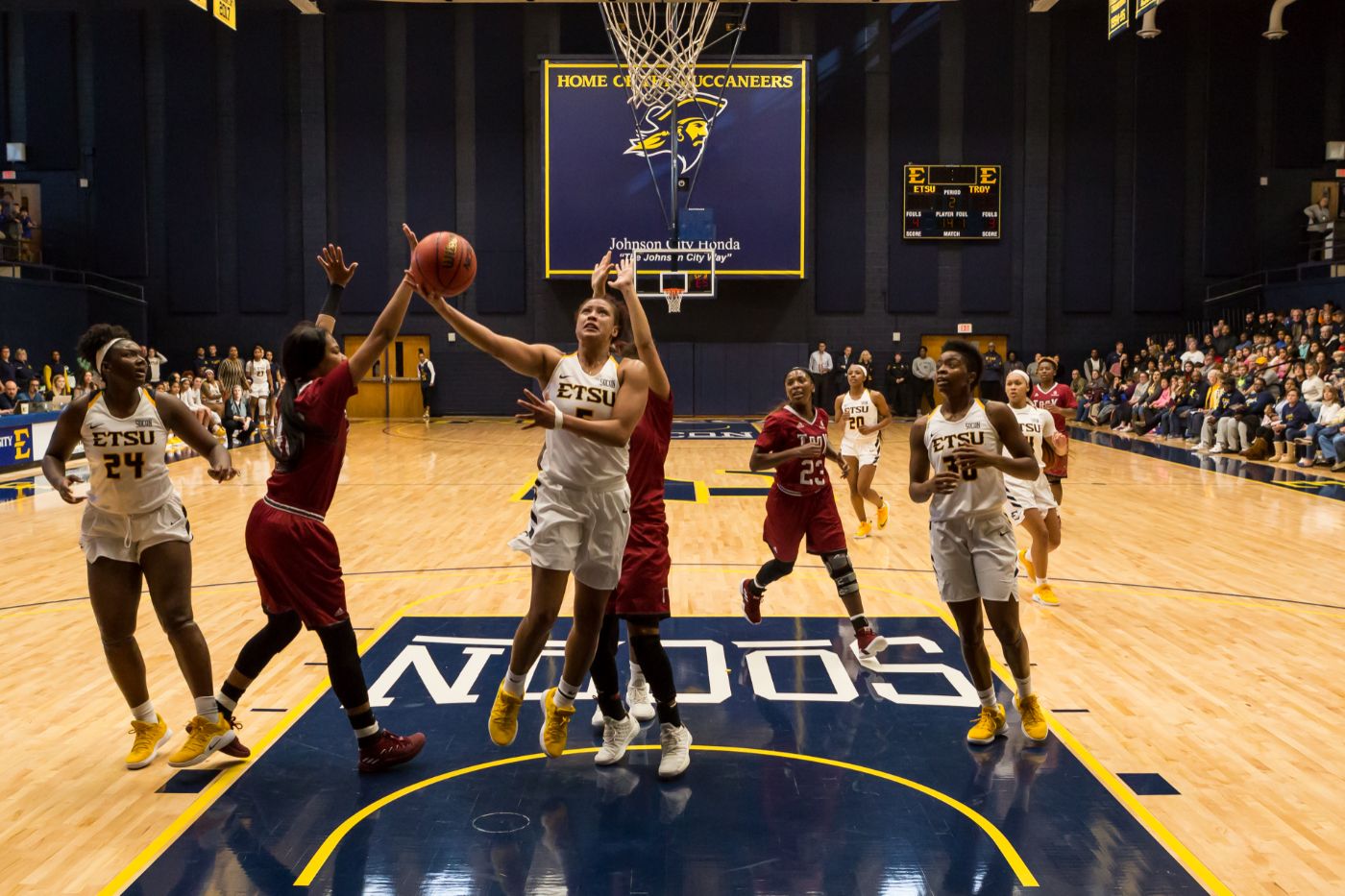 South Alabama scored first, but ETSU was able to take a 4-2 lead with points coming from Snowden and Upton. The Bucs were scoreless for two minutes before Haynes-Overton put ETSU ahead 8-7 with back-to-back layups. The Jaguars were able to take their lead back with a layup and a three, but Scheetz would continue to keep the Bucs in the game with four points of her own. South Alabama made four triples to end the first quarter to take a 20-13 lead.

A steal and a layup by Haynes-Overton followed by Dean’s third three-pointer of the night sparked a comeback for the Bucs. A 6-0 run would eventually put ETSU ahead 42-41. An and-one play put the Jaguars back out in front 47-42, but ETSU would go on another 6-0 run to keep the game close. South Alabama would hit a three and Haynes-Overton would swish one for the Bucs to put them out in front 51-50. At the media timeout, ETSU was 8-8 from the floor, but would soon suffer a three-minute scoring drought. Freshman Amaya Adams (Kansas City, Mo.) put the Bucs within two, but South Alabama drained a three to sit the score at 57-53.

The Jaguars hit back-to-back three pointers to take a ten-point lead to begin the fourth quarter. Dean continued to put up points for the Bucs to keep them within ten. ETSU went 3-3 in field goals with baskets coming from Dean and Haynes-Overton to make the score 72-66, but the Jaguars held their lead. Scheetz would give the Bucs their last points of the game with a three to end the game 81-74.

“I don’t think there’s anyone in that locker room that doesn’t believe we can get it right,” shared head coach Brittney Ezell. “It’s just a matter of when is it going to come together? Everything was leaning in our favor today. I like the fight that we had for about a quarter and a half in the second half and then we revert back to some old habits. There’s no easy route for us. We don’t have any gimme games. It’s not what we are doing. It’s not what we are going to do. It’s like I continue to tell them – the standard is the standard for us and it’s not going to change. We have to continue to keep finding ways to get better individually and collectively and I’m just going to keep coaching them. There’s never going to be a moment where they get given up on. What will make it an even more remarkable story is when we can figure it out and turn it around and we’re going to keep working to do that.

ETSU will return home to host Appalachian State on Thursday, Nov. 29 at 7:00 p.m. inside Brooks Gym.