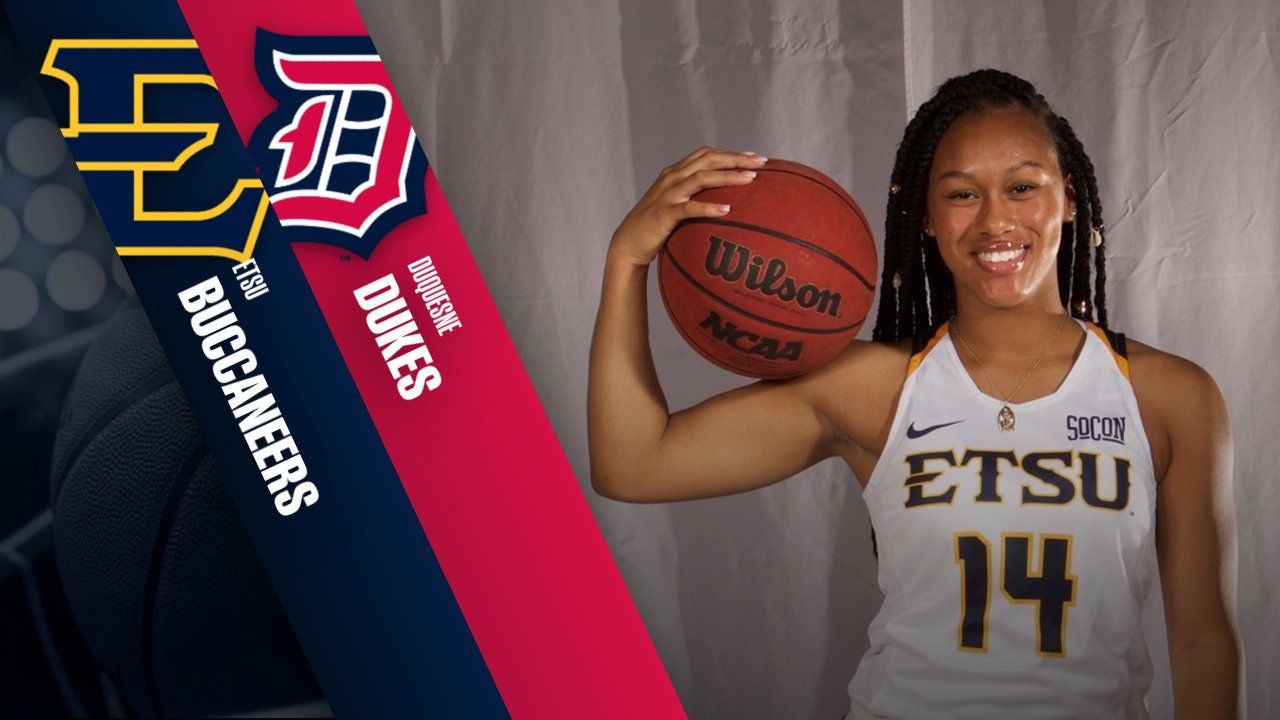 PITTSBURG, Pa. (Dec. 15, 2018) – The ETSU women’s basketball team opens a two-game road swing, when the Buccaneers take on Atlantic 10 foe Duquesne on Sunday afternoon at the Palumbo Center. Tipoff is set for 2:30 p.m.

ETSU comes in to Sunday’s game with a 2-11 record and are fresh off a 61-56 win over North Carolina A&T. Sophomore Erica Haynes-Overton (Nashville, Tenn.) continues to lead the Bucs with 16.5 points per game, ranking fourth in the Southern Conference. She continues to remain atop the leaderboard in nationally ranked stats, holding her spot at number one in both steals and steals per game. Redshirt junior Carley Lytton (Floyd, Va.) has scored in double figures in three straight games and has had the hot hand from behind the arc. As a team, the Bucs rank seventh in steals, tenth in free throws made, eleventh in rebounds and twenty-fifth in assists.

The Dukes enter Sunday’s contest with a 4-4 record and are coming off a 71-63 loss against UCF. Duquesne is 243-155 all-time in the Palumbo Center and their head coach, Dan Burt is 43-15 all-time at the Palumbo Center. The Dukes have won all four games when they have shot over 40 percent and scored over 60 points. Duquesne was picked to finish first in the 2018-19 Atlantic 10 Conference. Seniors Chassidy Omogrosso and Julijana Vojinovic were both named to the Preseason All-Conference Team. Kadri-Ann Lass earned a spot on the All-Conference Second Team and Conor Richardson was named to the All-Defensive Team.

The Bucs held on to a 61-56 win over North Carolina A&T on Thursday night. Carley Lytton (Floyd, Va.) led the Bucs with a new career-high 19 points. She went 6-8 in three-pointers, which was a new career-high in a single game. Erica Haynes-Overton (Nashville, Tenn.) finished with 12 points, three assists and five steals. After sitting out the last four games due to an injury, Micah Scheetz (Knoxville, Tenn.) bounced back to finish with ten points, which included a clutch three-pointer. Sadasia Tipps (Hickory, N.C.) led the Bucs with eight rebounds, while Lexus Spears (Jacksonville, Fla.) finished with seven. ETSU finished the game with seven three pointers, compared to NC A&T’s two. The Bucs forced the Aggies to commit 25 turnovers, scoring 21 points off those chances. ETSU’s bench outscored NC A&T’s bench 20-8.

Sunday marks the second all-time meeting between the two teams.

Last season the Dukes visited Johnson City and fell to ETSU in a close 81-77 contest. For the Bucs, current senior Raven Dean (Charlotte, NC) drained the go-ahead three-point basket with 28 seconds to go, breaking a 77-77 tie. Duquesne missed on the other end and was forced to foul, securing the win for the Blue and Gold.

Sunday’s game will be broadcast live on ESPN+; Click here for live video

ETSU has just under a week off before traveling to Knoxville to face Tennessee on Friday, Dec. 21 at 7:00 p.m.