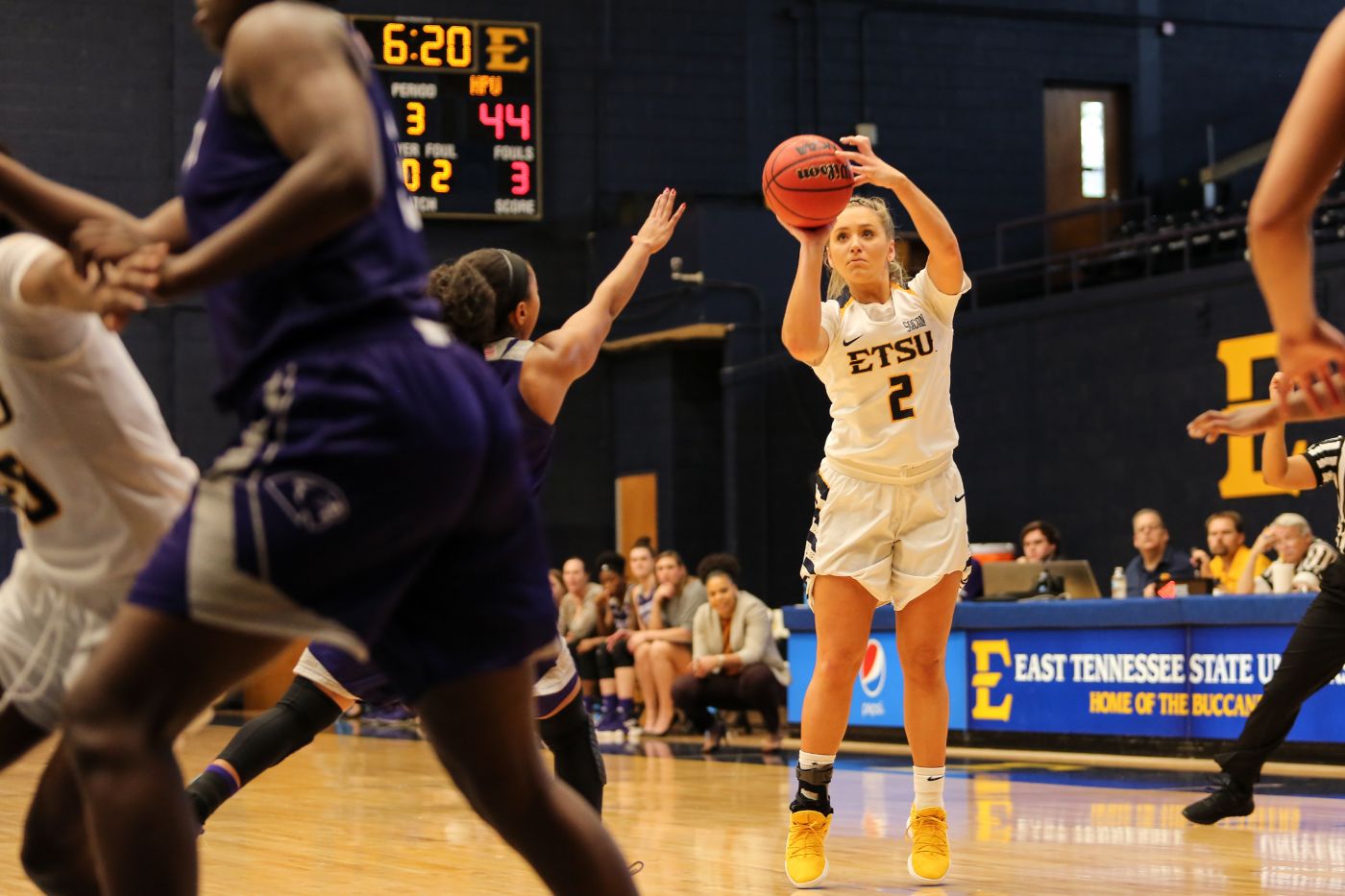 CHATTANOOGA, Tenn. (Jan. 12, 2019) – In both team’s conference opener, the ETSU women’s basketball team fell to conference rival Chattanooga on Saturday afternoon inside McKenzie Arena, 76-67. With just under thirty seconds remaining, the Bucs pulled within three, but free throws would secure the game for the Mocs.

Both teams were scoreless for the first two minutes of action. Freshman Kaia Upton (Nashville, Tenn.) scored ETSU’s first five points of the game. Back-to-back layups by the Mocs would give them their first lead, 9-7 at the media timeout. Both teams were only getting points from free throws until Dean swished a three to put the Bucs ahead 11-10. The Mocs were able to take their lead back with a jumper, but Scheetz came off the bench and scored five straight points to put ETSU ahead 16-12. With a few seconds left in the quarter, the Mocs made one last jumper, but ETSU had the 16-14 advantage.

A layup and a three put Chattanooga up 19-16, but Scheetz would come through again swishing a three to tie the game at 19. Chattanooga answered with a 5-0 run, but ETSU continued to battle with baskets coming from Spears and Dean. Lytton came alive in the second quarter helping the Bucs pull within one after she made a three-pointer. The Mocs would extend their lead with a three of their own and Spears would put the Bucs within one after an and-one. With just under eight seconds left, Chattanooga made a layup to go ahead by three. Lytton stole the ball and drained a three at the buzzer and the score was tied 34-34 at the half.

The Mocs kicked off the second half with a three and Haynes-Overton would score her first points of the game to keep the score close. Chattanooga went ahead by six. Britney Snowden (Pensacola, Fla.) stole the ball and drove down the court for a hook shot and the Bucs would pull within three. Both teams would trade points until Scheetz made another three. The Mocs hit a pair of free throws to end the third quarter, 57-52.

Chattanooga began the fourth quarter with a 5-0 run to go ahead by eight. Scheetz continued to have an impressive game by making a jumper along with draining a pair of free throws, tying her career-high and keeping the Bucs within range of the Mocs. A jumper by Haynes-Overton and a layup by Spears had the Bucs just three points away, 64-61. Points would once again trade back and forth, but the Mocs held a 70-64 lead after making their free throws. Coach Ezell would call a timeout to advance the ball and set up a perfect play for Dean who came in clutch making a three to get the Bucs within three. ETSU would attempt to get the ball back, but the Mocs went 6-6 in free throws to clinch the conference opener, 76-67.

“It was a difficult road game,” said head coach Brittney Ezell. “Congratulations to Chattanooga. I thought they did all the little things right. We did the big things right, but didn’t catch on the little things. It was really frustrating with turnovers and free throws, which are things we can control. Bottom line is that we are 0-1 and we have a quick turnaround to play Furman on Wednesday. I would love a good home crowd to help them out. We have home games on Wednesday and Saturday. It was a tough one to get started and a long bus ride home. We have a lot of work to do still, but we’ll be alright.”