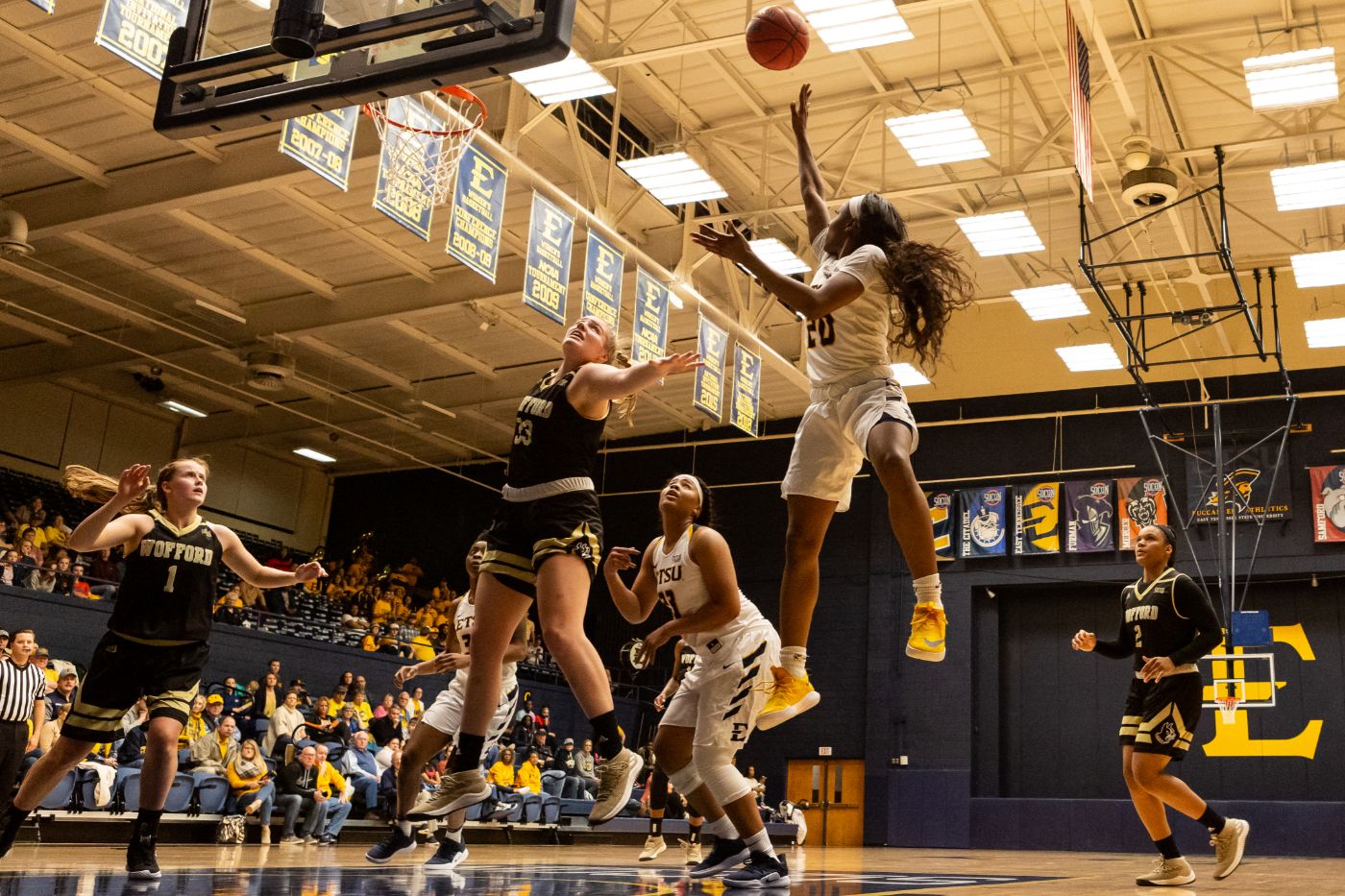 Haynes-Overton leads the Bucs with 18 points

Graduate transfer Lexus Spears (Jacksonville, Fla.) started the scoring for the Bucs with a layup. Samford would score on the other end with a three, but another layup by Spears and a pair of free throws by Carley Lytton (Floyd, Va.), gave ETSU a 6-3 lead. Samford would shoot five for seven in field goals to take a 13-11 lead. Lytton would swish a three and Upton made a nice jumper right before the media timeout. Samford ended the quarter with a 9-0 run, as ETSU was scoreless for the last three minutes of the quarter. Samford led 24-13.

Samford extended their lead with back-to-back baskets. Raven Dean (Charlotte, N.C.) was able to drain a three and Britney Snowden (Pensacola, Fla.) made a layup to give the Bucs points. A three by Taisha Murphy (Clayton, N.C.) and a jumper by Tipps helped the Bucs cut their deficit by ten. Samford made four of their last five field goals and ended the half with a three to take a 40-27 lead.

The Bulldogs came out of the second half with a 7-0 run, followed by two three-pointers to eventually extend their lead to 53-31. Haynes-Overton made a pair of free throws and a jumper to give the Bucs points. Kaia Upton (Nashville, Tenn.) would end the Bucs’ four-minute scoring drought with a layup. Samford drained another three and Anajae Stephney (Knoxville, Tenn.) gave the Bucs one last basket to end the quarter 64-41.

Micah Scheetz (Knoxville, Tenn.) swished a three for the Bucs before they went scoreless for two minutes. Freshman Amaya Adams (Kansas City, Mo.) began a 12-0 run for ETSU. Haynes-Overton scored eight points in the fourth quarter. Samford was scoreless for six minutes, but ended their drought with a layup with just under four seconds to go, as they would win at home 79-58.

“I didn’t think we played all that bad,” said head coach Brittney Ezell. “I thought Samford was really good and they shot the ball at a nearly 60 percent clip. We had some failures to communicate, which caused some of the problems, but statistically if you look at it, it wasn’t like we were horrible. We just weren’t better than them today. They deserve a lot of credit and it doesn’t change how we feel about our kids and what we’re capable of doing. At some point in their career, they have to understand that the potential is just that until they realize it and actually act upon it. Hopefully they can learn from it, but we’re learning a lot of hard lessons early and have learned some all the way through the non-conference. We have a short turnaround and have to get ready for a really good Mercer team.”