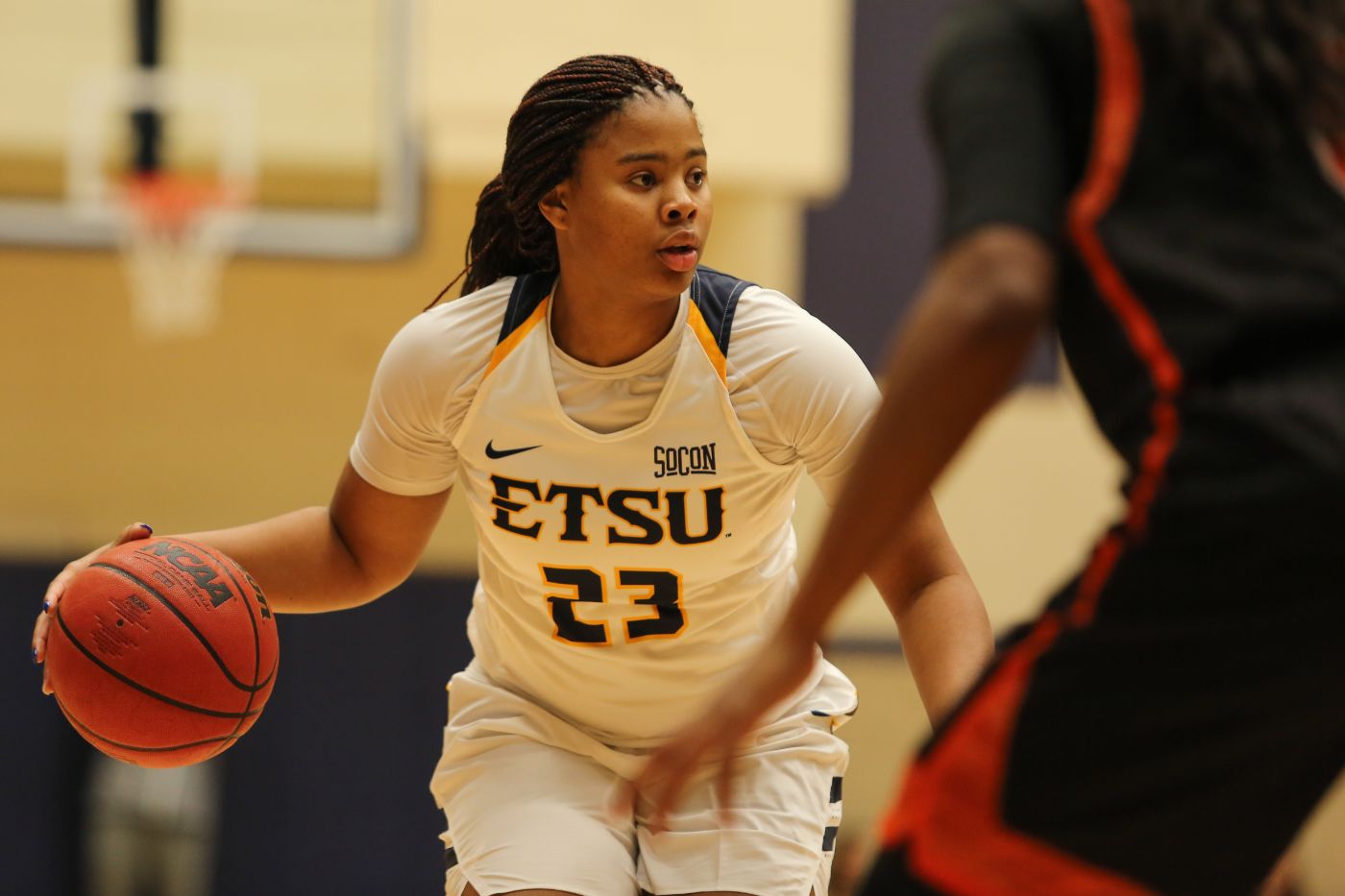 Raven Dean started things off for the Bucs with a three. Snowden helped ETSU go three for three in shooting with back-to-back layups, giving the Bucs a 7-4 lead. Furman pulled within one with their free throws, but shortly after suffered a four-minute drought. The Bucs went on a 6-0 run to take a 13-6 lead. Furman ended their drought with a three and Spears made one last jumper, as ETSU went ahead 15-9.

Furman started things off with a three, leading to a 19-point quarter and holding the Bucs to nine points. Haynes-Overton scored six straight points for the Bucs to take a 21-14 lead. ETSU would suffer a six-minute drought, but Lytton would end it with a three, helping ETSU come within four after the Paladins went on a 14-3 run to take the lead. Furman was scoreless for two minutes of action, but would lead 28-24 at the half.

Raven Dean scored the first eight points of the quarter to give ETSU a 32-28 lead. Snowden would extend their lead to 34-28 with a layup. As the Bucs suffered a seven-minute scoring drought, the Paladins went on a 13-0 run in six minutes to take a 41-34 lead.

Furman scored the first basket of the quarter, before Snowden had four straight points to get the Bucs within five. Both teams traded points before Snowden’s three sparked a 7-0 run to tie the game at 47. Haynes-Overton gave the Bucs a 49-47 lead after making a pair of free throws. Between Haynes-Overton and Snowden, ETSU made six of their last eight field goals. Snowden scored a career-high 19 points, holding ETSU to a two-point lead. The Paladins made a three to go ahead by one. With 32.5 seconds remaining, the Paladins took a 53-51 lead after making one of two free throws. Scheetz swished a jumper to tie the game at 53 with 16.9 seconds left. Neither team was able to successfully make a shot and the game would go into overtime, 53-53.

It was a very low-scoring five minutes, as ETSU and Furman had a combined six points. Spears made a free throw to put the Bucs up by one, but the Paladins would tie the game at 54 with a free throw as well. Furman made the only layup of the quarter, taking a 56-54 lead. The Paladins went ahead by two with another free throw. Upton pulled the Bucs within two with a free throw with a minute and 12 seconds remaining. Both teams made attempts and were unsuccessful. Snowden drove to the hoop with seven seconds left. Her shot rolled around the basket, but did not fall. Furman would pull away with a 57-55 win.

How many ways can you describe when you are heartbroken about something,” said head coach Brittney Ezell. “I hurt for these kids. I hurt for the way the game was handled. I hurt for the mistakes that they’ve made that they know they’ve made and want to correct. I hurt for all of them. I especially hurt for Britney Snowden and some of the upperclassmen for the things they’ve been doing. It hurts because I love them. There will be a lot to review. There will be a film to review. There will be some things to discuss. There will be work to get back to. We have a big week coming up with Mercer and Samford at home. Today we’re really beat up in a bunch of ways, but I still love this team. We’re on the cusp of something. It’s just finding a way to get them over the edge.”