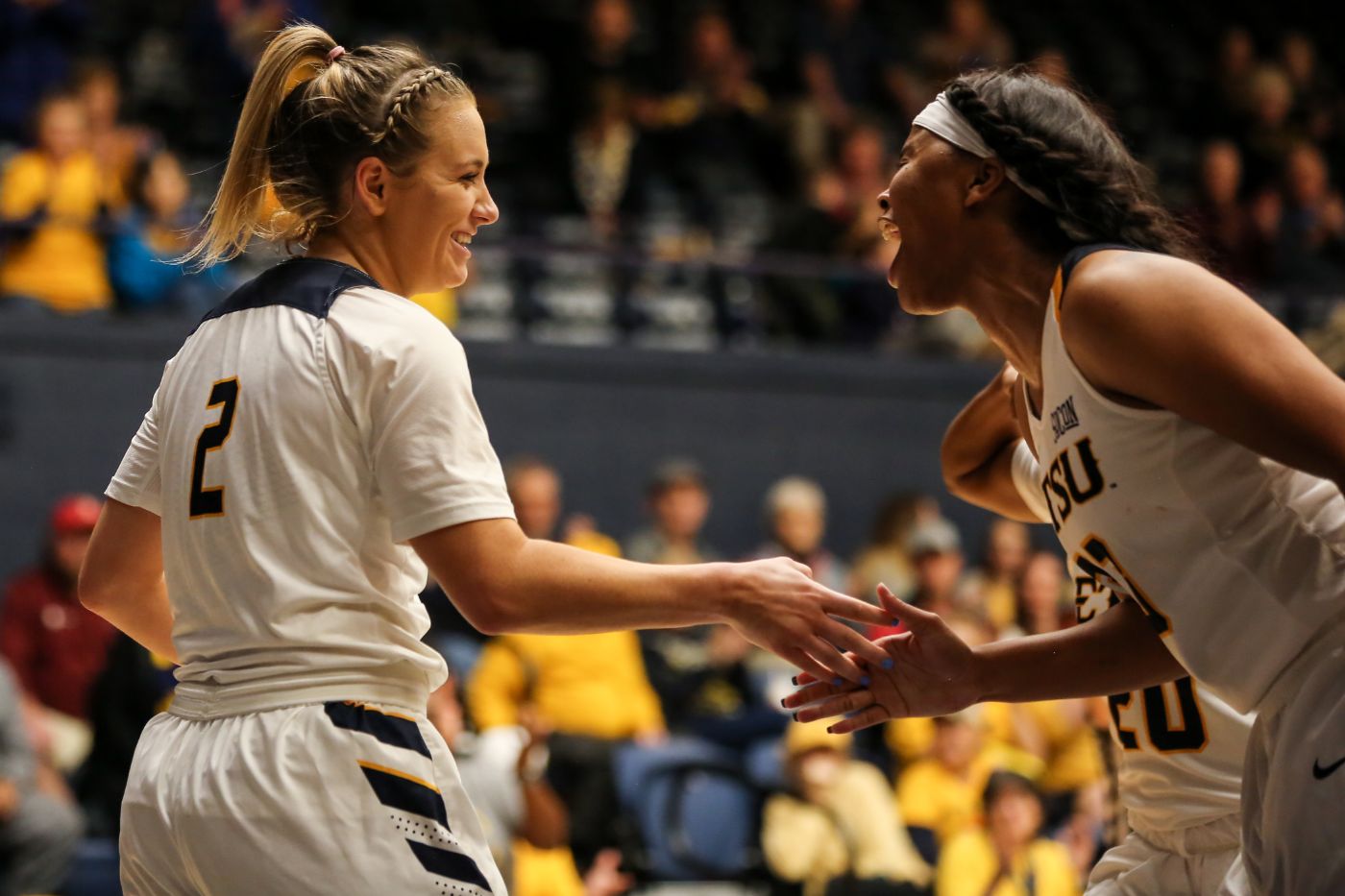 Western Carolina got on the board first, but Scheetz would quickly tie the game at two with a layup. Upton gave ETSU their first lead of the game with a steal and score. The Catamounts drained a three and made a layup to go ahead 9-6. ETSU would dominate the rest of the quarter, finishing with a 15-2 run to lead 23-13. Haynes-Overton and Scheetz both led the Bucs with five points each, while Snowden had five rebounds. ETSU also shot 46 percent from the field and outrebounded the Catamounts 13-8.

Western Carolina made a free throw to begin the scoring. Haynes-Overton would extend ETSU’s lead to 30-16 after making a layup and converting on an and-one. The Catamounts made a layup, but Scheetz helped ETSU stay ahead by 14 with a jumper. Spears and Tipps would score for the Bucs. Western Carolina would make one last three, but the Bucs led 35-24 at the half. Haynes-Overton reached double figures with ten points. Tipps and Snowden each had five rebounds.

Both teams were scoreless for the first four minutes of action. Scheetz would get the Bucs on the board with her second triple of the game. Haynes-Overton made a layup to put ETSU ahead 40-24. Western Carolina swished a three before Scheetz made back-to-back baskets to begin a 10-2 run for ETSU. Lytton made her second three of the game and the Catamounts would score one last time, but ETSU would lead 51-31. The Bucs shot 50 percent from the field, holding the Catamounts to 23 percent. Haynes-Overton and Scheetz continued to lead ETSU with 14 points each.

The Catamounts made a pair a free throws to begin the scoring. Points would trade back and forth, as ETSU continued to hold a 20-point lead. Haynes-Overton, Snowden, and Scheetz all made layups to extend the Bucs’ lead. The Catamounts made one last layup before the Bucs ended the game with a 9-0 run. Spears had six points and Scheetz made her third triple to combine for the nine points during ETSU’s run. The Bucs shot 80 percent from the field to finish with a dominating 72-41 win.

“You’re really happy to get the monkey off your back, winning a road game and to do it in such dominating fashion,” shared head coach Brittney Ezell. “I’m really happy for the kids. It was really kind of a fun game to watch if you like offense. I thought we shot the ball well. We used our posts really well, scored 40 points in the paint, and dominated the glass. I’m just really happy for them. They’re continuing to play really well moving towards the tournament. That’s all you can hope for. All we can do is control what we can control. That’s how we’re performing, our attitude and our effort. I really like where we are right now.”

The Bucs conclude the regular season at UNCG on Saturday, March 2 at 4:00 p.m.