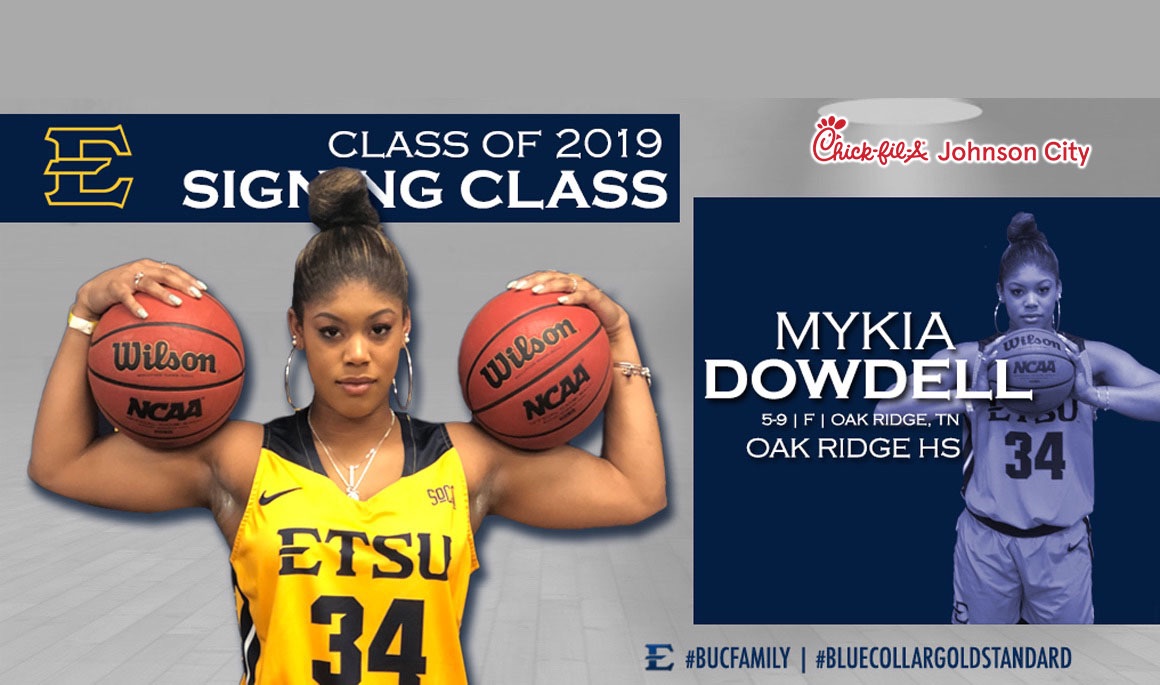 Dowdell transfers to ETSU from MTSU

“We are thrilled to have Mykia Dowdell join our program,” shared head coach Brittney Ezell. “We recruited her early in high school and think highly of her entire family. Mykia comes from one of the premier high school programs in Tennessee and was well coached by Paige Redman at Oak Ridge High School.   Mykia is a physically gifted athlete that will excel in our system as she can score at all three levels.  She is a blue collar worker and that quality is extremely appealing to our staff.  I know Buc Nation will love her effort and enthusiasm as much as we do.  We have no doubt that Mykia will be extremely impactful to our program in a multitude of ways.”

Dowdell is also excited to join the Buccaneer program after playing her first season with the MTSU Lady Raiders.

“In life you want to surround yourself with great people; with people that have the same mission or goal as you,” Dowdell said. “The team and the people at ETSU are hard-working, loving and compassionate people. That’s something I wanted to be a part of.   When I came on campus, it was like a big weight was lifted off my shoulders. Second chances are real, but we don’t always get them. Thankfully Coach E is blessing me with another opportunity. Now I have to reward her by helping her and this team win SoCon Championships.  I have never met a coaching staff that was as invested in the players as people as much as they are players. Anybody would be BLESSED to be a player under Coach E, Coach Mac, and Coach Kelly.”