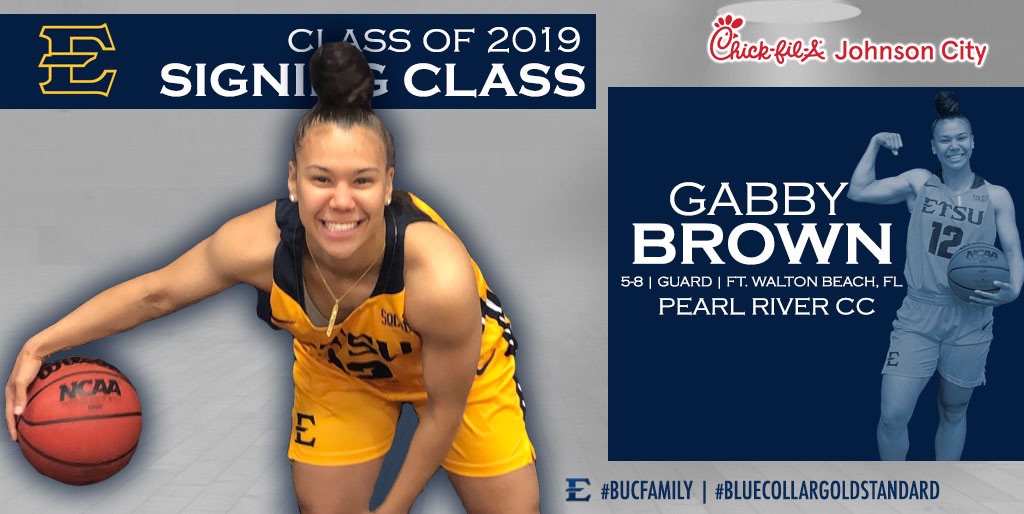 “Gabby Brown is a winner… always has been,” said Ezell. “I have known Gabby since she was in elementary school, and even then, she was a high-level competitor. Gabby is the daughter of coaches and has an incredible work ethic that reflects the values of her coaches/parents, Don and Stephanie Brown. She is a high motor player with a dominating defensive mentality. Gabby will fit perfectly into our “Blue Collar – Gold Standard” culture of toughness. We are grateful that we were able to recruit Gabby and bring her home to ETSU.”

Brown is coming to Johnson City from Pearl River Community College where she was selected to (MACJC) Mississippi Junior College All-Star Team. The 5-foot-8 guard netted a season-high 20 points – going 6-for-8 from beyond the arc – on Jan. 19, 2019 against Baton Rouge CC. Back in December, Brown also had a 20-point (5-of-11 shooting from three), 7-rebound game against Gadsden State CC. This past season, Brown averaged 7.2 points, 4.3 rebounds and 1.4 assists in 25 games for the Wildcats.

Prior to Pearl River, Brown played for her parents Don and Stephanie Brown at Choctaw High School. Brown led Choctaw to an 18-5 record and a regional semifinal appearance during her senior season.