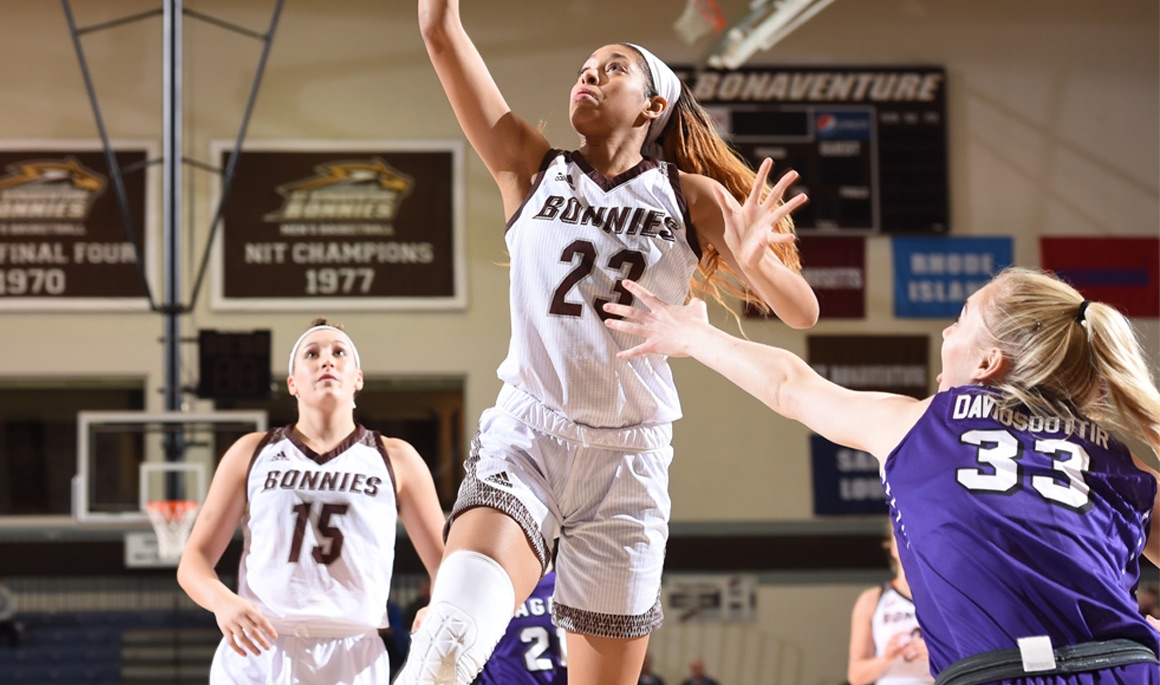 Harvey averaged 9.7 points and 2.8 rebounds in 29 games for the Bonnies

Harvey, who spent the 2017-18 season with the Bonnies, will have one season of eligibility with the Blue and Gold after spending one season at UNCG (2015-16) before transferring to Daytona State in 2016-17.

“We are looking forward to having Arielle join the program for her last year of competition,” said Ezell. “Arielle is truly a blue collar worker on the glass and in the paint. She has the ability to defend multiple positions and is extremely effective in rim running in transition. I know she is highly motivated to be a part of the ETSU family as a student and an athlete. Arielle will give us a solid, experienced presence in the post.”

During her junior season at St. Bonaventure, Harvey started 20 of the 29 games, averaging 9.7 points, 2.8 rebounds in 29.1 minutes of action. Harvey led the Bonnies with 25 blocks, while she ranked eighth in Atlantic 10 play in three-point percentage (.421) and 11th in free throw percentage (.808). That Atlanta native scored in double figures in 12 games, including a season-high 22-point effort against Georgia Mason, while also netting 21 points on 6-of-11 shooting versus Davidson.

Prior to St. Bonaventure, Harvey spent the 2016-17 season at Daytona State where she earned first team all-Mid-Florida Conference. Harvey led the Falcons in scoring at 16.2 points per game and ranked second in rebounding with 5.4 per contest. Harvey, who started 28 of the 30 possible games, also earned all-state Region IIIX honors.

Harvey is familiar with the SoCon as she signed with UNCG coming out of South Gwinnett High School. The forward played in 15 games for the Spartans during her freshman season in 2015-16. In high school, Harvey led South Gwinnett to back-to-back playoff appearances, while also playing AAU for the Atlanta Celtics. Harvey, a two-sport high school athlete (basketball/volleyball), averaged 13 points and six rebounds during her junior season en route to receiving all-region and all-county honors.