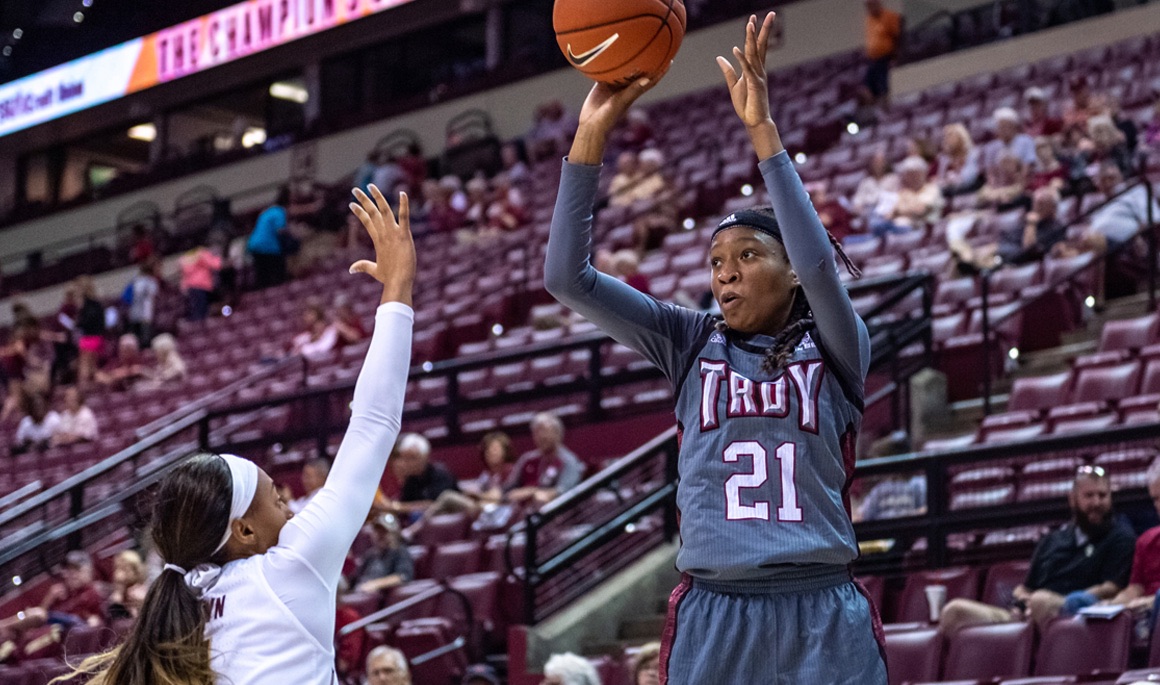 JOHNSON CITY, Tenn. (June 21, 2019) – East Tennessee State University women’s basketball head coach Brittney Ezell and her staff announced on Friday that 6-foot guard Jasmine Sanders has transferred to ETSU from Troy. Sanders will have to sit out the 2019-20 season due to NCAA transfer rules and will have two years of eligibility.

“We are extremely excited to welcome Jasmine to ETSU,” said Ezell.  “We recruited Jasmine out of high school where she was prolific scorer. She will bring a unique versatility as a shooter/scorer.  She possesses incredible range and is a very active defender.”

In two seasons at Troy, Sanders totaled 319 points and 150 rebounds in 55 games (10 starts). Sanders shot 83 percent at the free throw line, while also compiling 114 made field goals and 43 made three-pointers. As a freshman, Sanders averaged 7.8 points and 3.9 rebounds and played in all 31 games for the Trojans. Sanders also ranked second on the team with 32 made three-pointers, and was third with 37 steals and 14 blocks during her rookie campaign.

Sanders scored in double figures 13 times, including netting a career-high 28 points at Georgia Southern on March 3, 2018. The Charlotte, N.C. native was 11-of-16 from the field and 5-of-8 from beyond the arc in that contest. Five days later, Sanders went 12-of-13 at the free throw line against South Alabama in the Sun Belt Tournament, marking the most free throws made by a Troy player since 2016. Sanders finished 21 points on 8-of-9 shooting (4-of-5 from three) earlier this season against Alabama State.