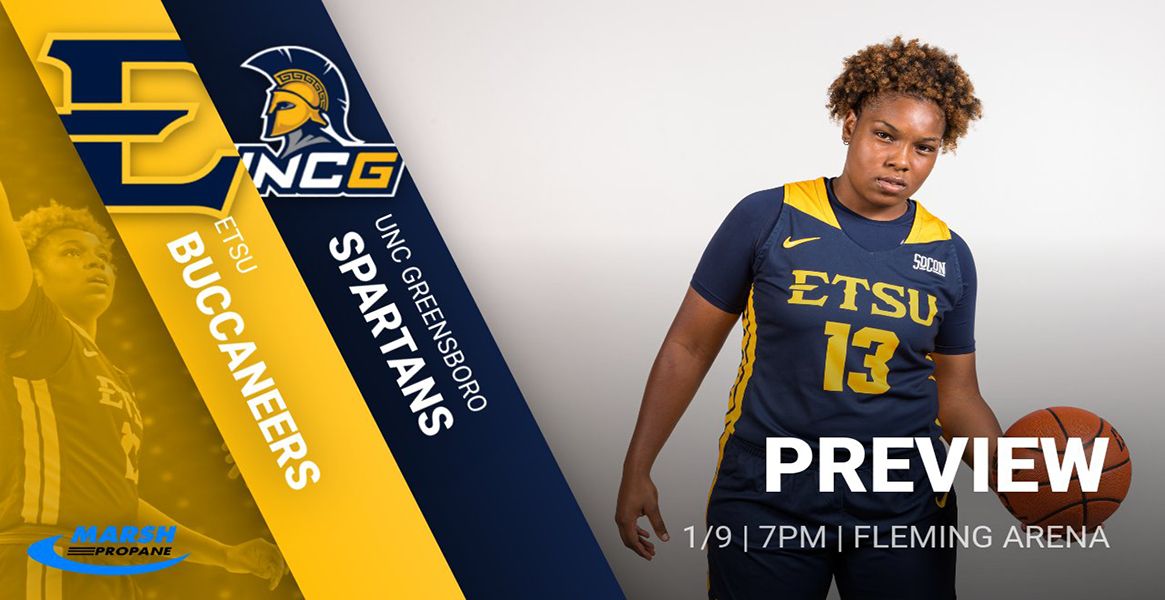 Faced with their final non-conference contest of the year, ETSU traveled to Ithaca, N.Y. to take on Cornell Saturday in a bid for their third straight win.

Despite not having the services of 6’4” center Tijuana Kimbro (Memphis, Tenn.), who missed the game with flu-like symptoms, the Blue and Gold would start strong, leading after a quarter of play and getting eight points from sophomore forward Shynia Jackson (Warner Robins, Ga.) in the second stanza to go to the locker room down just three points.

The second half, though, would quickly snowball on the Bucs, with the Big Red opening the final 20 minutes of regulation on a 10-1 run, building their lead to 13 at the third quarter horn. But while ETSU was still within striking distance heading to the final frame, they would be unable to mount a charge, Cornell pouring it on late on their way to a 71-43 victory.

Micah Scheetz (Knoxville, Tenn.) and Jackson would combine for 27 of the Bucs 43 points, but the Big Red would outrebound ETSU 33-9 in the second half and outscore the visitors 43-18 in the same timeframe.

In dropping their first-ever matchup with Cornell, the Bucs dropped to 0-4 all-time against the Ivy League.

Off to their best 15-game start in 21 years, UNCG enters their first conference matchup with an 11-4 record thanks to an active five-game winning streak.

While the Spartans were projected fifth in the Southern Conference preseason coaches poll and sixth in the media poll, their place at the top of the SoCon standings entering league play becomes less surprising when reviewing the minimal roster changes from last year’s bunch to this year’s team. The six seniors on fourth-year head coach Trina Patterson’s squad lead a team that returns every on-court minute from their 2018-19 11-woman roster, UNCG losing only Kianna Funderburk, who did not play last season.

Preseason All-SoCon first team honorees Nadine Soliman and Te’ja Twitty headline the experience-heavy roster, the senior duo averaging nearly 33 points and 15 rebounds per game. The Spartans have been particularly good in Greensboro, sporting an impressive 7-1 home record, while their 11 overall wins has already matched their total from last season.

Thursday will mark the 34th meeting between ETSU and UNCG, the Blue and Gold holding a 19-14 advantage over the Spartans.

The Buccaneer Sports Network will carry the 7 p.m. start, along with a half-hour pregame of the contest, with host Mike Gallagher. Gallagher will look back to the Bucs matchup with Cornell, break down the meeting with UNCG, have a conversation with Coach Ezell and much more. Listen here.