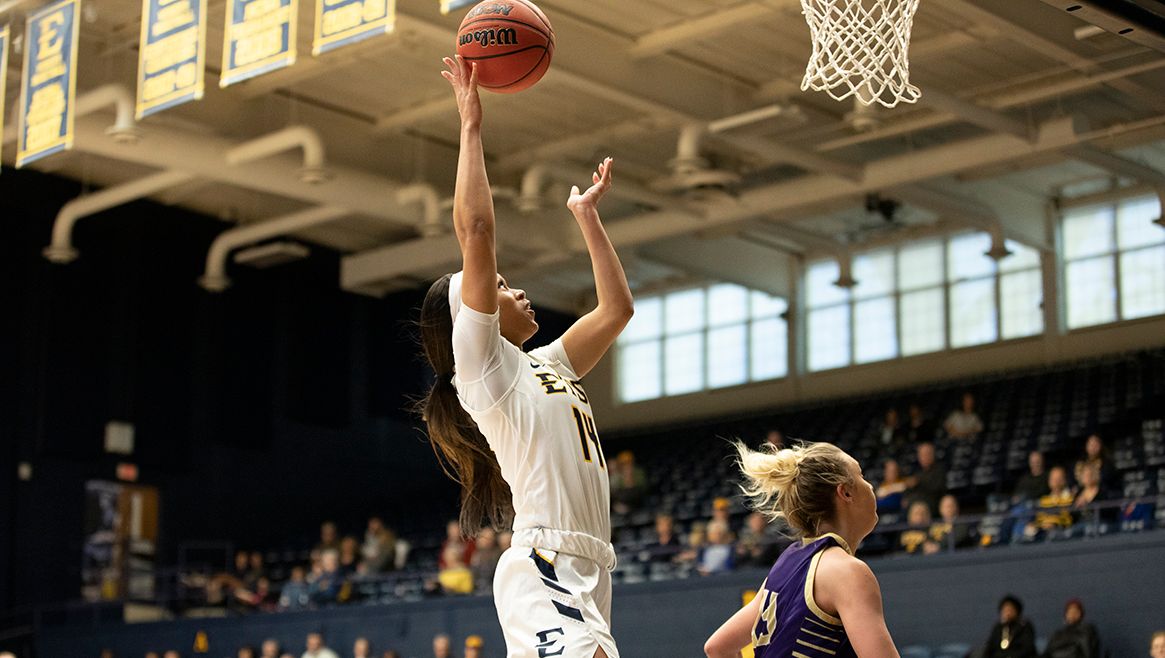 Upton led the Bucs in scoring for the first time in her career in the Blue and Gold, scoring a career-best 17 points while securing six rebounds, five assists and six steals. Struggling from the field, Micah Scheetz (Knoxville, Tenn.) finished with 10 points on 2-13 shooting while contributing four assists, her second time this year grabbing 4+ assists in a game. Shynia Jackson (Warner Dobins, Ga.) finished as the third Buc to end in double-figures with 10 points, one rebound shy of a double-double with nine boards. E’Lease Stafford (Lawrence, Kan.) scored seven of her nine points and grabbed all four of her rebounds in the fourth, while Tijuana Kimbro (Memphis, Tenn.) continues her dominance on defense. The sophomore transfer grabbed six rebounds while blocking three shots, her 12th game of the season with a multi-block performance.

As a team, the Bucs finished 20-57 from the field, good for 35.1%. ETSU made 5-17 (29.4%) from behind the arc, while rebounding after a tough night from the free throw line last time out, shooting 17-22 (77.3%) from the charity stripe. The Bucs grabbed 12 steals on 17 forced turnovers while only turning the ball over 12 times themselves. Scheetz and Upton combine for nine of the 11 assists for ETSU.

The Bucs and Catamounts opened trading punches, alternating on the first eight field goals of the contest. Western Carolina grabbed their first lead at 9-8, converting on an and-one opportunity. Upton provided the early spark on offense, providing 11 of the Bucs’ first 13 points, scoring nine points in the first frame. ETSU and WCU were unable to generate a run more than three points, the two continuing to trade baskets as the Bucs used a late free-throw from Jada Craig (Winston-Salem, N.C.) to take a 16-15 lead into the first quarter.

After conceding a basket early, the Bucs traveled down the floor as Upton found Scheetz for her first basket of the game, a trey from the wing to put the Bucs up 19-17. After Western Carolina would spurt out a 5-0 run, the Bucs grabbed baskets from Upton, Arielle Harvey (Atlanta, Ga.) and Kimbro to counter with a 6-0 run of their own. Harvey knocked down a corner three just moments later, her first triple in over a month and a half. The 28-25 lead slowly disappeared after a 4-0 run from the Catamounts before Craig once again closed the quarter with a free throw as the two teams headed into the break tied at 29.

Both sides struggled from the field, ETSU shooting just 11-31 (35.5%) in the first half, slimly bettered by WCU shooting 12-33 (36.4%). The two teams combined for 5-27 behind the arc (18.5%). Despite cooling down, Upton kept pace as the game-high scorer with 11 first half points, eclipsing double-figures for the fifth time this season.

The Bucs opened the second half on a 10-2 run, including five points from Jackson and an and-one from Scheetz to give ETSU a 39-31 lead just a few minutes into the second half, forcing a Catamount timeout. WCU head coach Kiley Hill said the right things, his side coming out of the break with a 5-0 spurt of their own. Just as the first two quarters went, the two sides ended by exchanging baskets as the Blue and Gold ended the third with a one point advantage.

Up by three entering the media timeout in the final quarter, the Bucs fell victim to a quick 4-0 run from Western Carolina to trail 52-51 with three minutes remaining. Just a few possessions later, Upton found Kimbro on a slip screen for an easy layup that gave the Bucs the lead they would end up holding on to at 55-54. ETSU went 9-10 from the free throw line in the final three minutes to help extend their lead as Scheetz, Jackson and Upton all swiped the Catamounts for a steal in the late stages of the game to go ahead and hold on for the first SoCon win of the season for the Blue and Gold, 62-57.

SoCon Freshman of the Year in 2018-19 Jewel Smalls was held to eight points on 3-17 shooting for the Catamounts, grabbing 15 rebounds to lead Western Carolina. Lauren LaPlant led the Catamounts in scoring with 14 points. WCU outrebounded ETSU 40-35 on the glass, but were outscored in second chance points by the Bucs 13-5.

ETSU hosts its opening SoCon home contest in Brooks Gym on Thursday, taking on Furman in a 7 p.m. matchup.