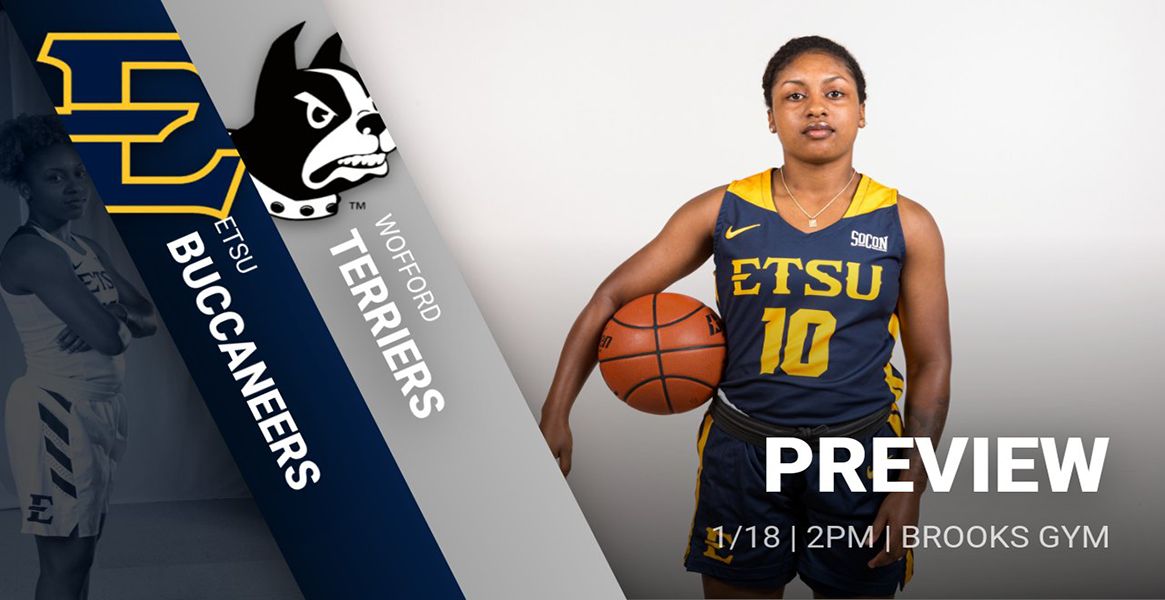 JOHNSON CITY, Tenn. (Jan. 17, 2020) – After Furman foiled the Bucs chances of their first league home win of the year with a huge second half, ETSU Women’s Basketball returns to the court for a Saturday skirmish with Wofford on Heroes Day at Brooks Gym.

Looking to move above .500 on the young Southern Conference season, ETSU opened their doors to Furman in hopes of beating the Paladins in Johnson City for the sixth consecutive season.

That task, though, would prove to be a difficult one, the league favorites jumping out to a six-point lead after a quarter of play. But the Bucs, not to be deterred despite having just eight healthy bodies with the absences of Amaya Adams (Kansas City, Mo.) and Cierrah Perdue (Atlanta, Ga.), would spark a strong second quarter effort, scoring six of the final eight points of the quarter to trail by just one heading to halftime.

Out of the locker room the Paladins would build their lead to its biggest to that stage of the game, mounting a 12-point advantage on two separate occasions. ETSU was able to reel off an 8-0 run to cut the lead to four, but four quick points from Furman with time winding down would double the lead moving to the final 10 minutes.

Once there, the visitor’s offensive onslaught would be unrelenting, making eight of their 10 shots in the quarter on their way to a 22-11 advantage in the final frame and an eventual 81-62 win. Furman left the contest with its 12th win and kept their spotless Southern Conference record in tact, while the Bucs fell to 1-2 in the league.

The weight of expectation, however, has thus far been too heavy for Wofford to carry.

Losing their first four of the season, the Terriers went on to finish their non-conference schedule at 7-8 and are coming off an upset loss to Chattanooga at The Roundhouse Thursday night. The main issue for Saturday’s visitors has been just that, playing away from home, Wofford carrying an 0-6 road record into Brooks Gym.

Despite their early struggles, Wofford remains a dangerous club, leading the league in scoring, ranking second in the conference in scoring defense and possessing a plus-six in the turnover margin, 19th in the country.

Saturday’s meeting with Wofford will be the 29th between the Terriers and Buccaneers, ETSU leading the all-time series 23-5.

The most recent memory between these two teams, though, was a good one for Wofford, who ended the Blue and Gold’s season in the first round of the Southern Conference tournament last year as the Bucs turned it over 23 times, those giveaways turning into 31 Wofford points in the 75-66 decision.

In the regular season at Brooks Gym, however, ETSU scored their second-most points of the year in a triumph over the Terriers, racing to a 92-79 win behind 39 fourth quarter points, their most points in a single quarter in program history.

As a token of ETSU’s appreciation for the men and women that keep Brooks Gym, ETSU’s campus and Americans safe and healthy, ETSU Women’s Basketball is offering free admission for all active/veteran military, first responders and medical professionals. Thank you for your selfless work!

The Buccaneer Sports Network will carry the 2 p.m. start, along with a half-hour pregame of the contest, with host Mike Gallagher. Gallagher will look back to the Bucs matchup with Furman, break down the meeting with the Terriers, have a conversation with head coach Brittney Ezell and much more. Listen here.