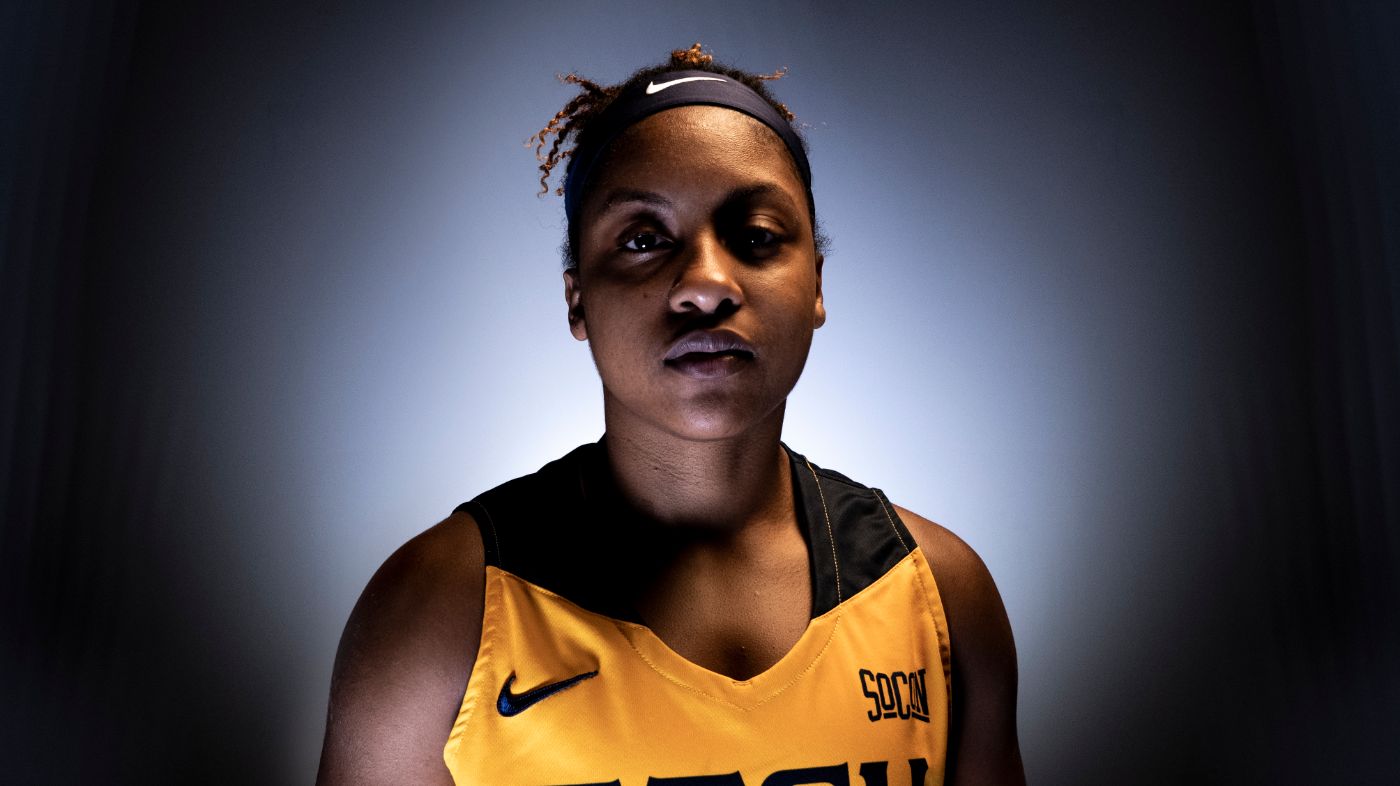 ASHEVILLE, N.C. (March 4, 2020) – For athletes entering college, the path seems straightforward and simple – four years to showcase your talents and make the most of your chance to compete against some of the best the country has to offer.

In reality, there’s nothing simple about the long and difficult road that only the toughest of talents successfully traverse.

Coming to ETSU as a top-five point guard in North Carolina after leading Winston-Salem Prep to their first state championship, the trajectory for senior Jada Craig was one of sure success, a Division I starting lineup in her near future.

“Jada played with an edge,” said head coach Brittney Ezell, the one responsible for recruiting Craig to come to ETSU. “I loved her competitiveness and willingness to do the dirty work, she exemplified a blue collar worker.”

Following a fruitful first year in which Craig appeared in 29 games, acclimating nicely to the collegiate game, little seemed to change as she worked through an important pre-sophomore summer and into her second year as a member of the Blue and Gold.

“I knew what to expect after my freshman year,” Craig said. “I knew what I was going to work on so I could better myself and contribute to the team, I was confident in what I was doing.”

That, though, is when the road first began to wind away from her planned path on the court, Craig suffering a concussion early in the 2017-18 season, only to chip her femur six weeks later. Having missed six straight games in January with the painful injury that displaced the upper-leg bone, sinking it towards the meniscus in her knee, Craig wouldn’t be deterred, toughing out the last 12 contests of the season to help her team claim a WNIT bid.

“It caused me a lot of pain, both on and off the court,” Craig said. “My grades dropped, I was having trouble focusing, I was really struggling. It was a hard time for me, but I wanted to tough it out for my team. They had to go in and drill holes in my bone to help promote growth and healing after the season. I was on crutches for three months in the summer because the bone and area had to mend, it was a fight mentally.”

Her summer was filled with rest, rehabilitation and preparation, but once Craig’s third season with the Buccaneers got underway, the North Carolina native showed no signs of being slowed by her first surgery, starting the first four games of the year while piling up 18 assists during that time, one of the best marks in the Southern Conference.

The rubber was hitting the road for Craig, and then another blow was dealt to the junior, a seven-week absence caused by a quad tendon tear sidelining the Bucs floor general. While Craig rehabbed in hopes of avoiding surgery this time around, her return to the lineup later that year would be brief, the veteran backcourt Buc able to play in only three games in January before being shelved for the season, going under the knife for a second time in less than a year.

“Going into that surgery I started to blame myself,” Craig said. “What am I doing wrong? With back-to-back injuries like that, it was hard not to. I lost my entire quad muscle, it was like starting over. I had to learn how to jump properly, land properly, re-learning a lot of the basics. I just wanted to do normal things like walk and run again. There were lots of bad days.”

When her senior season started eight months later, the long and arduous recovery from the injury delayed her debut, Craig missing the Bucs first two games of the year while doing everything she could to ensure she would be able to participate in her penultimate year. Thanks to her determination and due diligence in recovery, she’d be able to do exactly that, making her first appearance of the 2019-20 campaign against High Point. However, right when things were trending upward, Craig endured yet another setback, missing five weeks following ETSU’s Nov. 23 game against UNC-Asheville as complications from the quad tendon tear proved unrelenting.

While Craig would return for the Buccaneers Dec. 31 contest versus Converse College, it was plain to see that the once-fleet-footed point guard lacked the mobility, quickness and explosion that she possessed entering her time in Johnson City. The multitude of trauma Craig sustained was signified by a heavy knee brace on her right leg, a constant visual reminder of the dark days that robbed her of what appeared to be a prosperous collegiate career.

But it was clear over the next month, as Craig hounded ball handlers and dove on the floor for loose balls, that the surgeries couldn’t take her heart.

“Physically, throughout the rest of my life, I’ll never be the same, I’ll never be 100 percent again,” Craig said. “But it’s instilled in me to never give up and that everything happens for a reason. There’s hardships in life, but if you don’t face them, you’ll never become better than you were.”

In one final test of Craig’s resolve, an illness caused her to miss multiple games in 2020 conference play, and when she returned to face Samford Feb. 20, the senior was only able to play for minute-long spurts before having to exit the game to throw up on the Buccaneer bench. Her response? Taking the court less than 48 hours later as a member of the starting lineup on her senior day in Brooks Gym, helping the Bucs pull off an improbable come-from-behind victory after being down 13 points in the fourth quarter. It was a day that the 2019-20 ETSU Women’s Basketball team channeled their inner Jada Craig, showing the never-give-up attitude that made Craig’s story one of success, not sadness. Fight, not frailty. Triumph, not tumult.

“Jada is a warrior,” Ezell said. “Right at the top of the list of toughest players I’ve coached in my time at ETSU. In terms of resilience and things she’s had to overcome, you won’t find many like Jada Craig.”

Through two offseason surgeries, endless recovery efforts and countless weeks of basketball lost during her collegiate campaigns, Jada Craig could’ve called it a career, but queens don’t quit, and against all odds, this one walks into her final Southern Conference tournament on her own two feet with her head held high.

“I’m not a quitter,” Craig proclaimed. “My mom didn’t raise a quitter, I don’t have it in me to quit, no matter how bad things get.

“I’ve become a better person. It’s been a challenge, but I’ve been through so much at this point, I feel like I can do anything. We all have different paths, but I wouldn’t trade mine for anything.”